Alongside today’s launch of Intel’s DG1-based Iris Xe MAX graphics for laptops, the company is also quietly confirming that DG1 will be coming to desktop video cards as well, albeit in a roundabout way.

Though still in the early stages, a hereto unnamed third party has reached an agreement with Intel to produce DG1-based desktop cards. These cards, in turn, will be going into OEM desktop systems, and they are expected to appear early next year.

The very brief statement from Intel doesn’t contain any other details. The company isn’t saying anything about the specifications of the OEM desktop cards (e.g. clockspeeds), nor are they naming the third party that will be making the cards, or any OEMs who might be using the cards. For today at least, this is a simple notification that there will be OEM cards next year.

As for the market for such cards, there are a couple of avenues. OEMs could decide to treat the cards similarly to how Iris Xe MAX is being positioned in laptops, which is to say as a cheap add-in accelerator for certain GPU-powered tasks. Intel has baked a significant amount of video encode performance into the Xe-LP architecture, so the cards could be positioned as video encode accelerators. This would be very similar to Intel’s own plans, as the company will be selling a DG1-based video encode card for servers called the SG1.

Alternatively, the third party may just be looking to sell the DG1 card to OEMs as simple entry-level discrete graphics cards. Based on what we know about Xe MAX for laptops, DG1 is not expected to be significantly more powerful than Tiger Lake integrated graphics. However, as pointed out by our own Dr. Ian Cutress, it should be a good bit better than any comtemporary Atom’s integrated GPU. 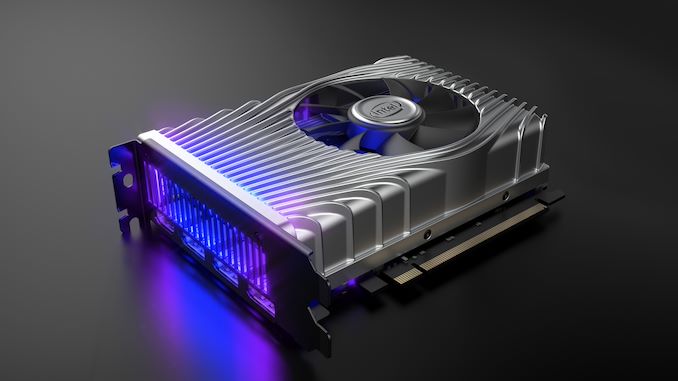