At Intel's Investor Day today, CEO Bob Swan and Murthy Renduchintala spoke to the ability of the company with respect to its manufacturing capabilities. Intel has historically been strong in its ability to execute on its process technology, however the delay of its 10nm process has obviously raised multiple question marks, and has done for several years. The two Intel executives went into a little detail about what Intel was doing in the interim, and how it has learned from the issues. 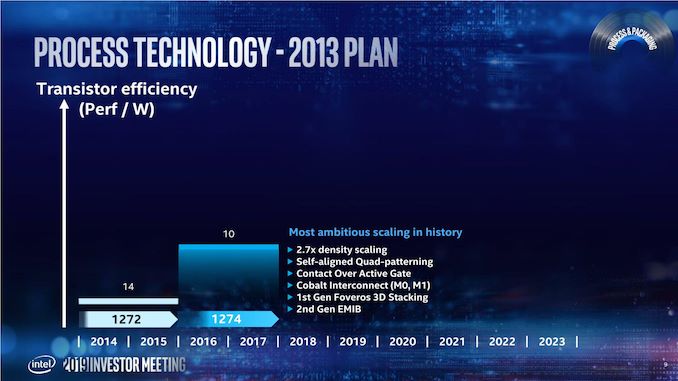 Back in 2013, Intel envisoned its 10nm to succeed the 14nm by providing 2.7x density, with new technologies such as Self-Aligned Quad Patterning (SAQP), Contact over Active Gate (COAG), Cobolt Interconnects, and new packaging technologies such as EMIB and Foveros. Intel admits that this was an ambitious plan, and the goals were not clearly defined with the teams and it was ultimately overly complex and not managed in an ideal way. 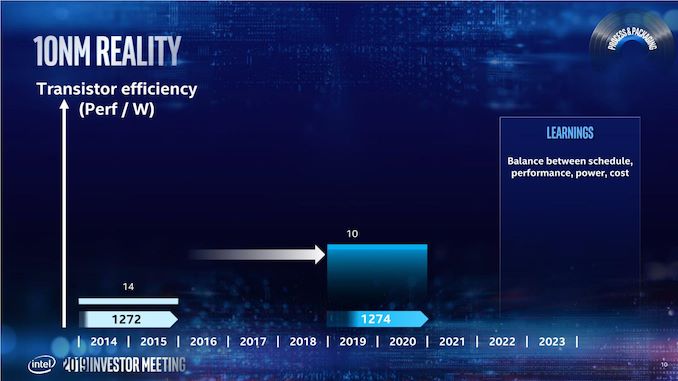 This ended up pushing 10nm out into a later time frame. In this case, Intel pushed 10nm out to 2019 (technically they shipped Cannon Lake in small quantities on 10nm in 2017, however that is nothing more than a curio in the timeline of semiconductors), and filled the gap with 14+ and 14++. 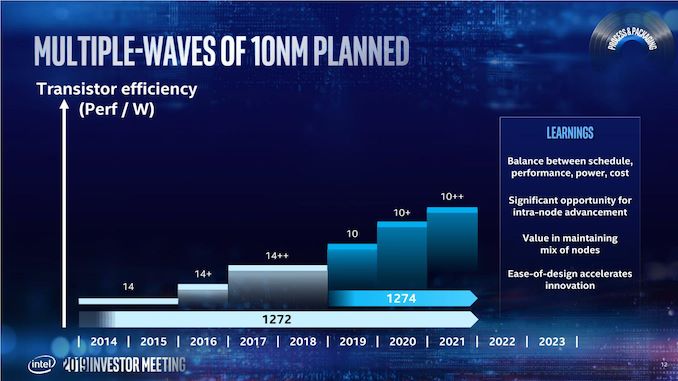 Intels 14+ and 14++ processes extracted more than 20% more performance (from Broadwell to Whiskey Lake) from the process since its inception. As a result, Intel is prepared to not only get ready for future intra-node optimizations, but actually adjust the roadmap to compensate for it. Murthy made it clear that Intel wants to introduce a Moore's Law-like gain at the beginning of a new process, and another similar gain by the end of the process.

Intel has stated that its 10nm product family (beyond Cannon Lake) will start to be available from the middle of this year (2019), with Ice Lake on client platforms (notebooks). 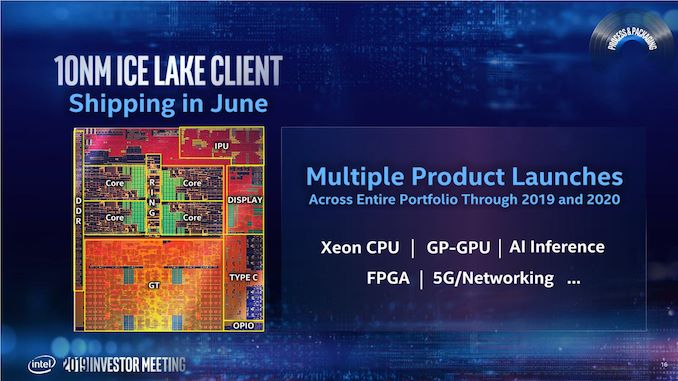 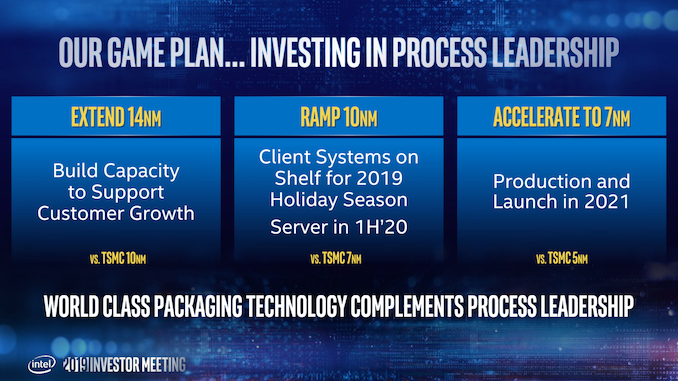 In the above slide, Intel states that it will have 7nm in production and launching a product in 2021. That sounds very aggressive for a company that has had issues with 10nm. It even shows in Intels radmap, with 10nm (and 10+ and 10++) having a much shorter life cycle than the 14nm family of processes. 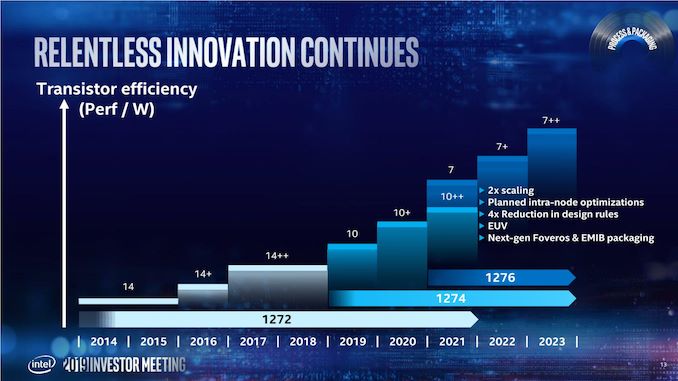 With this in mind, Intel's 7nm is going to be the combination of what Intel has learned from the 14nm and 10nm family of products. Intel wants that 2x scaling (Moores Law), but with intra-node optimations planned as part of the roadmap. Intel is also reducing its number of design rules, which should help with execution. 7nm will also be where Intel intersects with EUV, and also introduce next-gen Foveros and EMIB packainging. 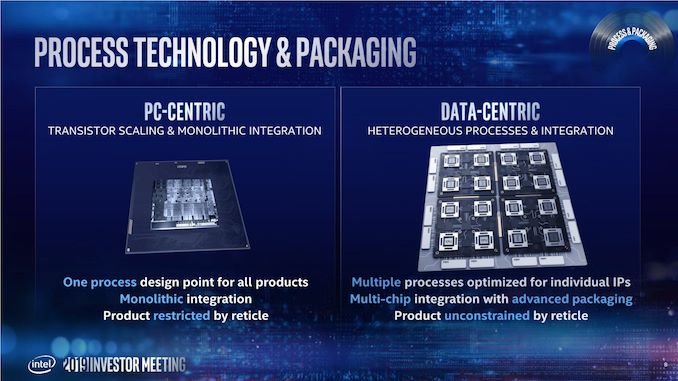 Intel provided this slide, which shows a monolithic PC-Centric die with a multi-die Data-Centric chip built on both Foveros and EMIB. This corroborates our discussion with Intel's chiplet and packaging team, who also stated that we would see Foveros and EMIB on a combined product - specifically the GPU. 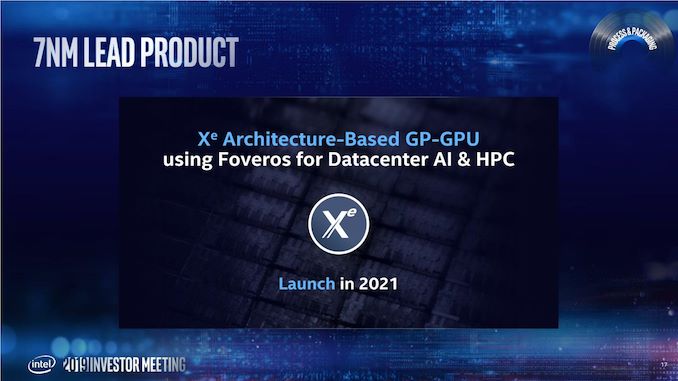 Intel announced that its lead 7nm product (lead = top, or lead = first?) would be its new GPGPU, built on the Xe graphics architecture. Intel has stated that its Xe product stack will feature two different microarchitectures from mobile client up to GPGPU, with one of those architectures called Arctic Sound - technically Intel will launch its first discrete GPU in 2020 according to its press release, however the 7nm GPGPU will be launched in 2021.

More information is coming out of Intel's Event, more to follow.