The first half of 2010 saw Netgear get started on their AV Series product line. Their intent was to create a set of products to enhance the consumer's home theater experience. The first few products appeared to be just rebranded versions of already existing units. A case in point is the WNDR3700 802.11n Gigabit router which was rebadged as the WNDR37AV a couple of months back. Rebadged products never generate much enthusiasm, even though Netgear may claim them to be designed with superior performance and features aimed at the home theater market. With Netgear's strength in the networking space, it is no surprise that all the products announced in the AV series so far have been aimed at making sure that the components of a home theater can talk in a satisfactory manner with the Internet, as well as the other components in the home network. However, can any home theater product line ever be complete without a media streamer? Is there any networking methodology (short of running Cat6 cables all over the house) reliable enough for streaming the highest quality Blu-Ray videos? 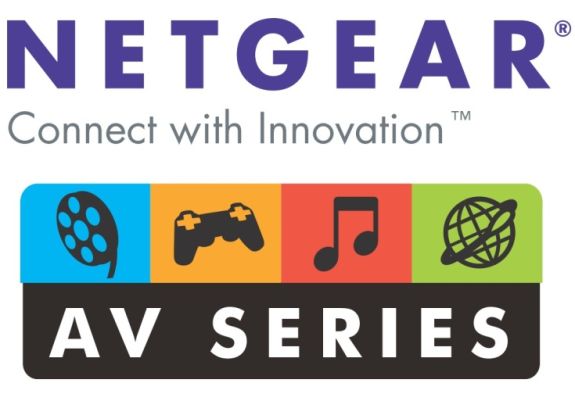 All this is set to change in the coming months, though. Netgear is slated to bring out a slew of press releases for the upcoming products towards the end of August 2010. In typical AnandTech fashion, we have the official scoop on the details which you are unlikely to find in the press releases.

NeoTV is slated to fill the missing media streamer space in Netgear's AV Series cupboard. Two models are planned, the NTV350 and NTV550. The US market will only see the NTV550, while the European and Australian markets will see both the NTV350 and NTV550. The NTV350 model meant for the non-US market has the same internal feature specifications as that of the WDTV Live (the remote is the same). It is apparently based on a Realtek chipset [Update: Netgear just confirmed that it is based on the RTL 1073]. In this news piece, we will talk about the NTV 550 in detail. The manufacturer's description is provided in the two scans below, for your initial perusal. 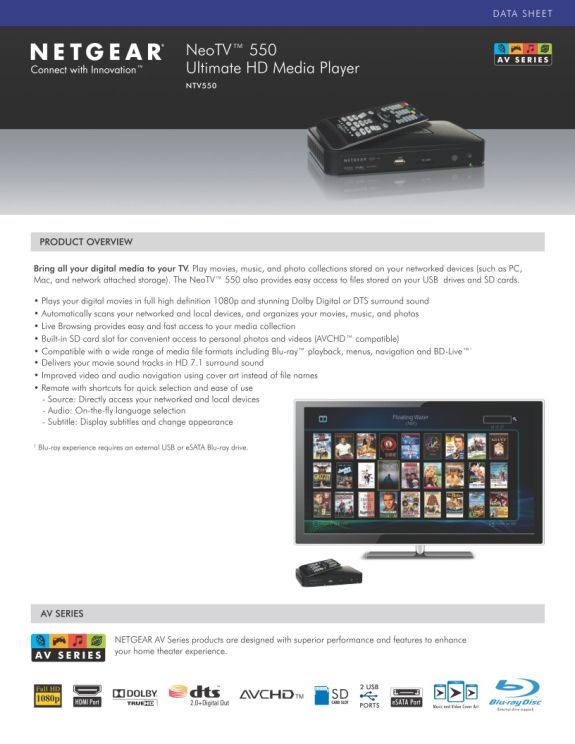 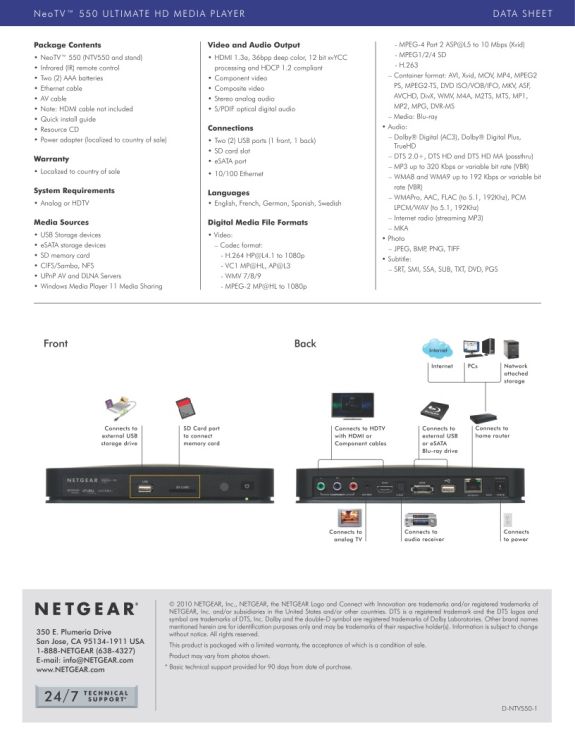 In order to differentiate itself from the rest of the media streamers in the market, Netgear has taken the extra step to obtain a license from the Blu-Ray consortium. As far as we know, this is the first media streamer at its price point to get this licensing. This implies that the unit can provide the full Blu-Ray experience, while retaining most of the functionality that the other media streamers provide. The Blu-Ray license comes with a price penalty for the consumer, but we will deal with that later in the piece. After a look at the product brief, AnandTech prepared the usual list of questions that a media streamer enthusiast would have wanted to clarify with Netgear. Some of the details we unearthed are given below:

The NTV550 is expected to be available for purchase in October 2010 and will be sold at a suggested retail price of US $219.99 (we would really like it to be at a $199.99 price point). Media streamers at comparable prices bring in a slot for an internal hard drive and/or built-in Wireless-N support. The NTV550 has neither, but the Blu-Ray license accounts for the missing features, while maintaining the cost. If you have any further questions prior to the product release, feel free to put them in the comments, and we will get the answers for you.

The other exciting product we are looking forward to is the Powerline AV 500 Adapter Kit (XAVB5001). It was announced at the 2010 CeBit, but we are closer to shipping now, and have more details about the internal chipset. 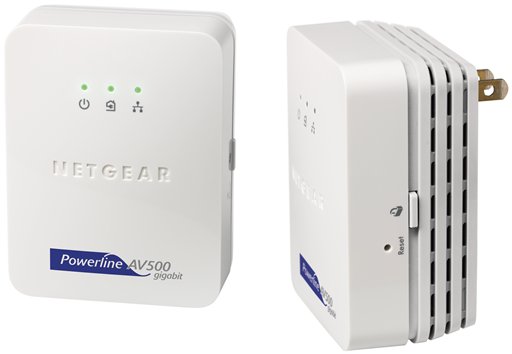 Just yesterday, we talked about the Atheros 7400 chipset in the review of the WD Livewire, and now we have official confirmation that the AR7400 is indeed powering the whole Netgear AV 500 powerline product line. Netgear was the first to use Intellon's 6400/1400 chipset with the 200 Mbps PHY, and they now seem to have got first dibs with the 7400 chipset also. Netgear claims that the 500 Mbps PHY is getting them 200 - 250 Mbps in the labs. This should result in a real world throughput of at least 100 Mbps. This is more than enough for reliable streaming of a single Blu-Ray stream at its maximum specified bitrate of 54 Mbps (Wouldn't it be nice to see HomePlug AV's claim of being 'HD streaming capable' come true at last?). The Powerline AV 500 Kit (XAVB5001) is slated to hit shelves in late October for a suggested retail price of US $159.

AnandTech will receive the review units in October, and as usual, you can look forward to a really thorough review. If you would like to see anything tested in particular in the media streamer reviews or the powerline adapter reviews, do let us know in your comments. We will definitely revamp our powerline adapter benchmarking methodology, as it is not often that one gets to test out a new generation product in this space.