Back in March 2010, Intel announced an Atom based platform optimized for storage applications. Using either a D410 or the dual core D510, paired with an Intel 82801IR I/O controller, it was touted by Intel to have been picked up by various NAS vendors such as LaCie, LG, QNAP, Synology and Thecus. We have had the LaCie 5big storage server in our labs for the last few weeks. Aimed at catering to the needs of small and medium businesses for a professional file sharing appliance, the server brings in a wealth of features thanks to the Windows Storage Server 2008 platform on which the NAS runs. 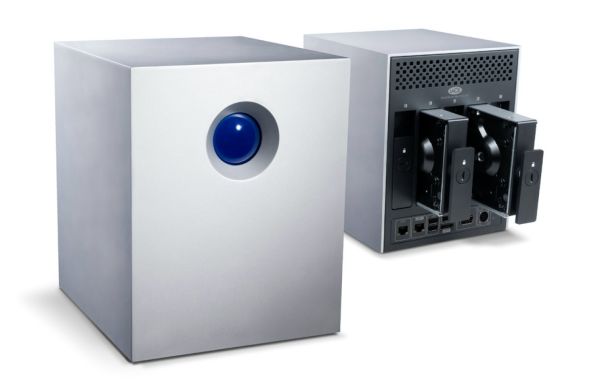 The LaCie 5big storage server runs a dual core Atom D510 at 1.66 GHz with 2 GB of RAM. The Atom processor also handles the RAID management. While the RAID configuration can be changed by the end-user, it ships with the disks in RAID5. Thus, the 5big with 5 1TB hard drives has 3.5 TB of available space for data (after 100 GB is allocated for the OS installation and swap space).

The 5big storage server comes in two capacities, one filled with 1 TB drives and the other filled with 2 TB drives. Dual GbE NICs capable of link aggregation make sure that the performance of the NAS is no slouch. Let us wrap up this section with a brief look at the marketing specs from LaCie: 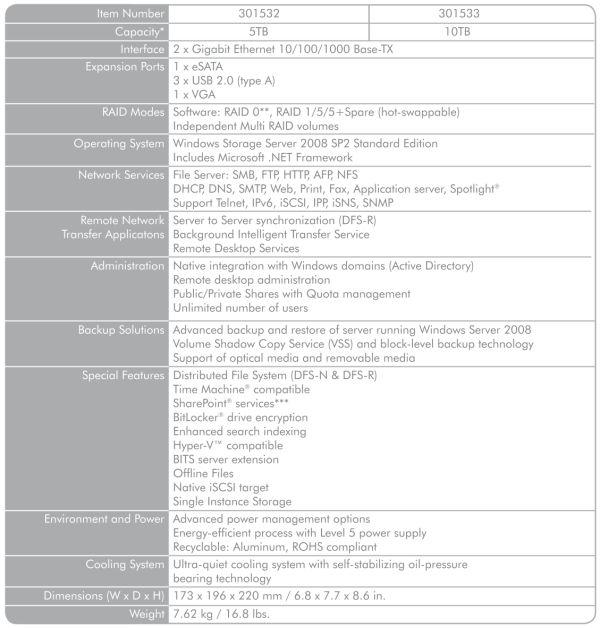