The Vizio Co-Star VAP430 made a big splash when it was unveiled to the public during the 2012 CES. With the buzz around the VAP430 having been maintained right through the first half of the year, the time has now come to officially open the pre-orders. The unit will initially be available for order through Vizio's own online store starting today. The cost of the unit is $99.99 with free ground shipping while supplies last. As of press time, it appeared that the units would ship out starting on August 14th. Each order was restricted to a maximum of 2 units. 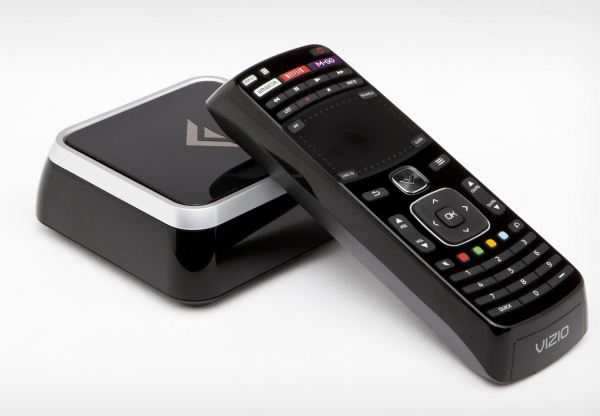 The low price point (almost a third of what the original Google TV Logitech Revue's price) may well serve to popularize Google TV this time around. 3D capability is an addition, but we believe that fad has run its course. However, the addition of OnLive gaming services is definitely a hard-to-ignore positive selling point. The size of the Bluetooth remote (with a mini keyboard on the back and touchpad capabilities) is also amenable to the modern-day living room, unlike what we had last time around with the Revue. Being an officially sanctioned Google TV device, Google Play Store access is available. Google TV's official guidelines call for continuing to inter-operate closely with the consumers' existing STB / DVR infrastructure. With a HDMI input port capable of overlay operations, the Vizio Co-Star fulfills the requirements. The full specifications of the VAP430 are available here for your perusal.