I've been championing BitFenix as a stellar brand for builders on a budget (hooray alliteration) for some time now. Cases like the Shinobi are attractive options in their price bracket, and the Merc series enclosures are almost unbeatable for the money. There's also the incredibly popular Prodigy, a case BitFenix has had a hard time even producing enough of, that helped bring enthusiast level mini-ITX performance to market at a very reasonable price. 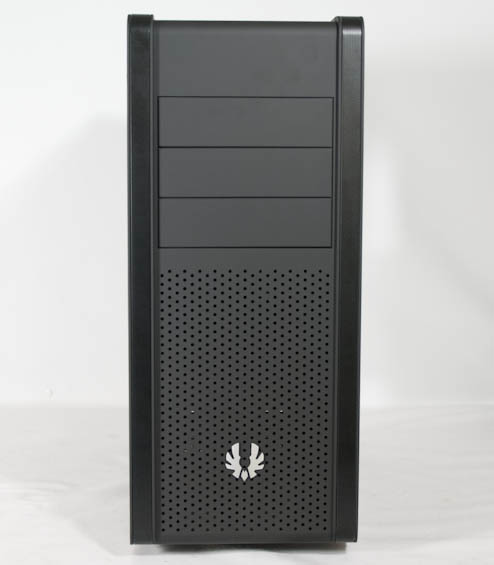 In the midst of these successes, BitFenix is releasing the Ronin, a more standard ATX enclosure with a couple of interesting wrinkles. Superficially it looks pretty similar to the Shinobi, but BitFenix has made a few changes internally and raised the price accordingly. The problem with the Ronin is unfortunately that at $99, it prices itself largely out of BitFenix's prime real estate and worse, it has a hard time justifying its existence alongside superior (and less expensive) options in BitFenix's lineup. That's before heavyweights like the Antec Eleven Hundred hit sales and get to $99 or less.

Not every case needs to be a giant, powerful cooling monstrosity, and the Ronin is definitely on the small side for full ATX cases. It's not even necessarily the number of fans included, it's the quality and placement of the fans themselves, and the way the airflow is engineered. Yet with these considerations, it's hard not to feel like the Ronin is a little bit light for a $99 enclosure. BitFenix has up to this point offered pretty healthy value with their cases, but $99 for a case with two 120mm fans and a side window is hard to justify.