Pictures launched of GIGABYTE’s Facebook pages this week point to at least four new models covering gaming, overclocking and connectivity. Part of GIGABYTE’s new range is its Black Editions (BK), reducing the color of the heatsinks and components to as black as possible. It is unclear if some models will solely be in BK mode or both will be offered.

First up is the next Gaming motherboard, called the G1 WIFI-BK: 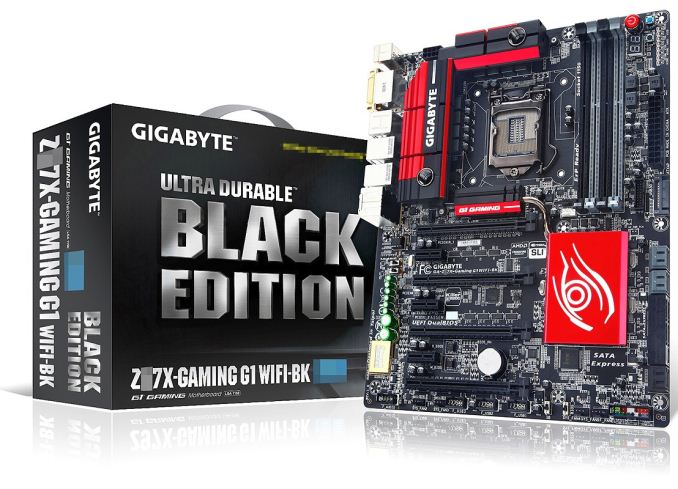 At first glance users should notice the integrated air and water cooling power delivery heatsink, designed for system builders to use their own fittings. The extended heatsink seems to be masking a PLX8747 chip, which would explain the four PCIe slots and suggest x8/x8/x8/x8 operation for GPUs. Voltage check points are in the top right, along with a SATA power connector for PCIe power. The SATA ports are split with SATA Express ports, and the audio subsystem uses GIGABYTE’s OP-AMP, AMP-UP and gain switches, paired with a Creative audio codec.

For overclocking, the SOC Force: 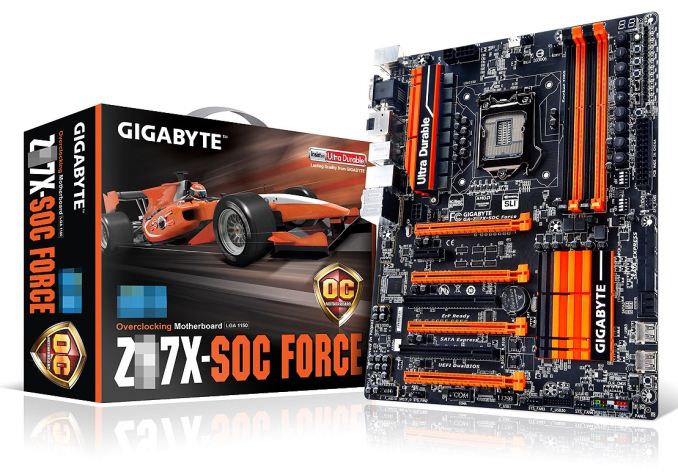 No PLX chip this time, giving the four PCIe layout an x8/x4/x4 + x4 similar to the GIGABYTE Z87X-OC motherboard we reviewed last year. The overclocking buttons and switches at the top right are back, along with the USB ports next to the SATA ports. For PCIe power there is a 6-pin PCIe connector above the PCIe slots. For Z87 this level of motherboard was in the $200 range, forgoing some of the exotic features (particularly on audio) to provide a less expensive overclocking oriented platform.

For connectivity, the UD7 TH: 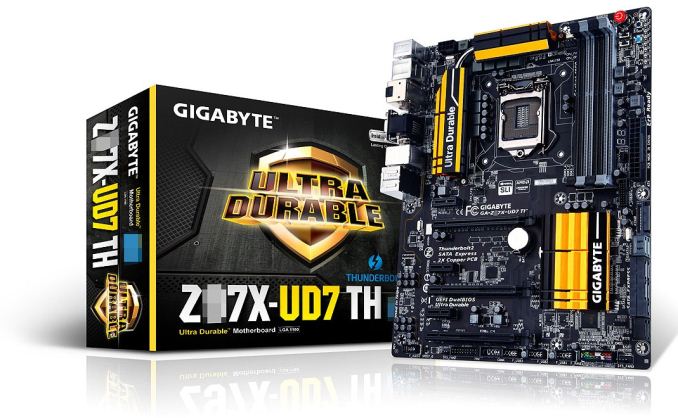 We did not get a chance to review the Z87 version of the UD7, but judging by the markings on the PCB here it is safe to say that it is being updated for Thunderbolt 2. While we cannot see the rear IO panel, it should be safe to assume that the TB2 ports are on the rear IO rather than an add-in card due to the lack of a TB header. The UD7 TH seems a bit toned down this time, with fewer SATA ports (making room for the SATA Express) and no obvious IR355x ICs. This might potentially leave room for a UD9 in the product stack for the future.

For the mainstream, the UD5H-BK: 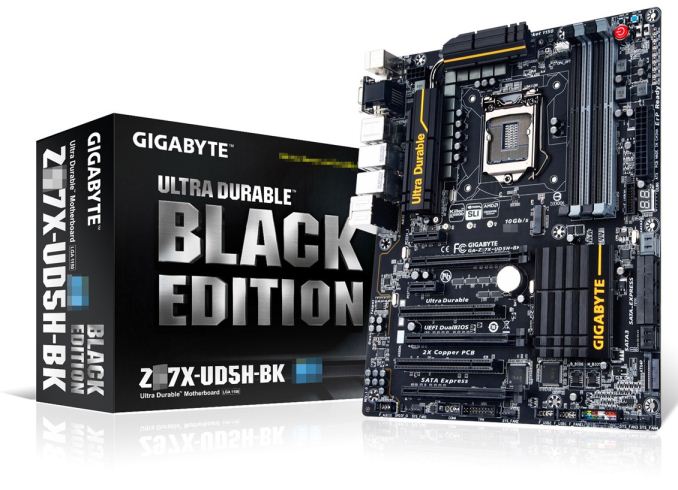 The Black Edition version for the UD5H lives up to its name, with a few streaks of yellow on the heatsinks showing. Rather than equipping TB2 like the UD7 TH, the UD5H-BK uses more substantial power delivery and offers a similar SATA port/PCIe arrangement. In fact these two motherboards look rather alike, but with money being spent in different places. I would not be surprised if they end up in the same price bracket.

Additional: We have just been given the go-ahead to post these un-doctored images from a GIGABYTE media event, showing most of the motherboards off in more detail including the name of the chipset.

The newer one from this list is the UD3H: 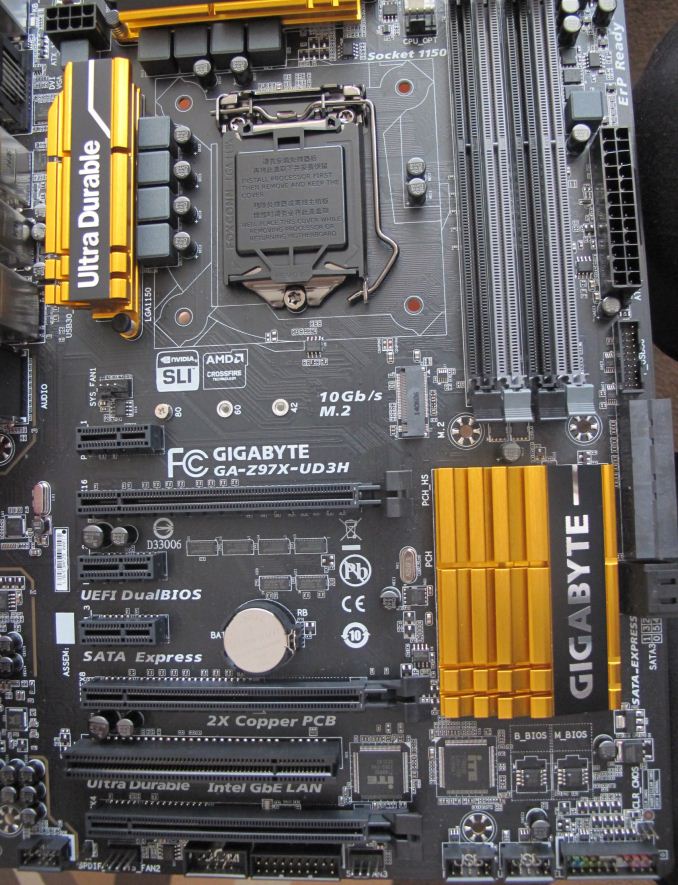 This looks a lot like the UD5H and UD7 in terms of color scheme, and offers M.2 with an Intel NIC.  This board seems to be equipped with SATA Express (as some of the images show, four SATA ports with two being modified for SATA Express) and one USB 3.0 header.  This motherboard looks a lot less busy around the socket area as well, in terms of extra resistors.