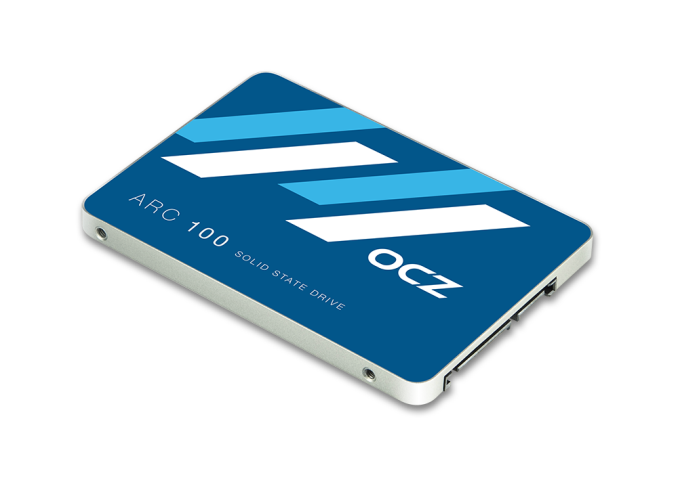 A little less than two weeks ago OCZ released mandatory firmware updates for the ARC 100 and Radeon R7 SSDs, so I figured I would give the owners a heads up along with a more detailed explanation of the contents of the update.

The first and only observed issue is related to DRAM corruption. In the old firmware a DRAM refresh could happen during a what is called the training period, which is the duration of DRAM timing calibration during the controller power on. That lead to potential DRAM corruption that could jeopardize the drive's reliability, so the new firmware simply moves the DRAM refresh outside of the training period. This is a rather corner case issue and only applied to the 480GB ARC 100 and Radeon R7, but it's an important fix nevertheless.

The second fix in the new firmware is improved robustness of uncorrectable error handling. This is a fruit of OCZ's robustness testing and improves the firmware recovery in worst case scenarios.

The third and final fix improves read-retry on bad block list, which enhances the security of the bad block list. As the list is stored in NAND like any other data, it's susceptible to the standard NAND failures, so the update puts improvements in place in case the NAND blocks storing the bad block list went bad and required read-retry routines. This is more of a theoretical "what if" scenario, but as always any and all reliability improvements are welcome.

Basically, the error handling and bad block list enhancements were engineered for the upcoming Vector 180 and are now making their way into the existing Barefoot 3 based SSDs. Neither of them are related to any known issues, but are simply a part of OCZ's continuous firmware development and support. The Vertex 460A will also be getting the update with more robust error handling in the near future.

The update carries a version number 1.01 and is available on OCZ's website.