Google Unveils Project Fi: A Network for the Nexus 6 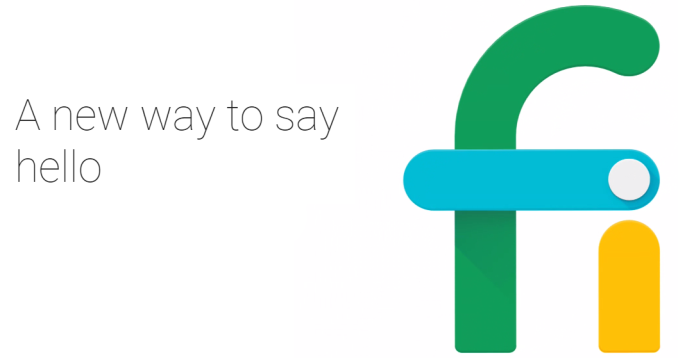 Today Google officially announced their previously rumored entry into the world of wireless service. This new endeavor is known as Project Fi, and it's exclusive to owners of the Nexus 6 who live in the United States. While carriers have offered branded mobile devices at times, the entry of a company making mobile phones into the business of providing the wireless service for their own devices is unprecedented. But unlike Google Fiber, Project Fi is not Google's attempt to build a new wireless network in the United States. Rather, they will be acting as a Mobile Virtual Network Operator (MVNO) running on the T-Mobile and Sprint networks, as well as piggybacking off of open WiFi hotspots.

On a typical carrier you will pay for some bucket of data alongside your calling minutes and texts, and if you don't use all that data during the month then it disappears. Some carriers like T-Mobile USA have played with this by allowing data to roll over to another month, much like how many prepaid carriers allow minutes to roll over to the next month if they are unused. But in general, you often end up paying for more data then you actually need to avoid overage charges. With Project Fi, Google starts plans at $20 per month for unlimited domestic calling and unlimited domestic + international texting. On top of that you can select how much data you believe you will need, with the cost being $10/GB.

The unique aspect of Project Fi when compared to other network operators is how Google is changing the situation with unused data. Rather than rolling it over or having it disappear, Google simply credits you for the difference. For example, a user who pays $30 for 3GB per month may only use 1.4GB that month. In that situation, Google will credit them $16 for the data they did not use. Effectively, this means that Google only charges users for the data they use, but not at the typically ridiculous rates for pay as you need data on other carriers. What I don't understand is why Google even has data tiers in the first place. Given the rounding, they might as well just charge $1 for every 100MB used, as any overages are charged as the same rate as the data in the plan itself.

Google is also taking much of the pain out of roaming in other nations. The data you purchase for your Project Fi plan is usable in 120 different countries, although it's limited to a speed of 256Kbps. Google's network also extends beyond cellular carriers, with Google's network configured to automatically utilize public hotspots as part of the network itself. WiFi calling is supported, and so the transition between cellular and WiFi should be seamless in theory. Google is also promising that information will be encrypted so that users can have their privacy preserved when using public WiFi.

The last really interesting part of Project Fi is how it will be able to integrate with Hangouts. Since your phone number "lives in the cloud", Google can push texts and phone calls to any devices that have the Google Hangouts application installed. This extends from your Nexus 6, to your Chromebook, to your iPad, to your Windows PC.

Project Fi is currently beginning as an early access program. Users who are interested and who own the Nexus 6 can check out Google's sign up page to apply to be one of the first users of this new network. Google's blog post in the source below has a bit more information as well as a video about this new project