G.Skill supplies the Ripjaws MX780 in a relatively simple cardboard box with modern artwork, focused on promoting the major features of the mouse. The top of the box can be opened to reveal more details and the mouse itself but the design of the packaging does not allow the potential buyer to test his/her grip. 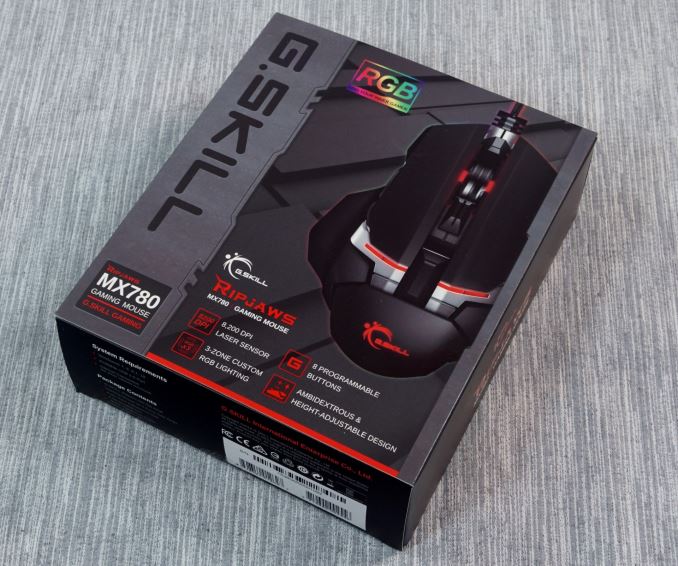 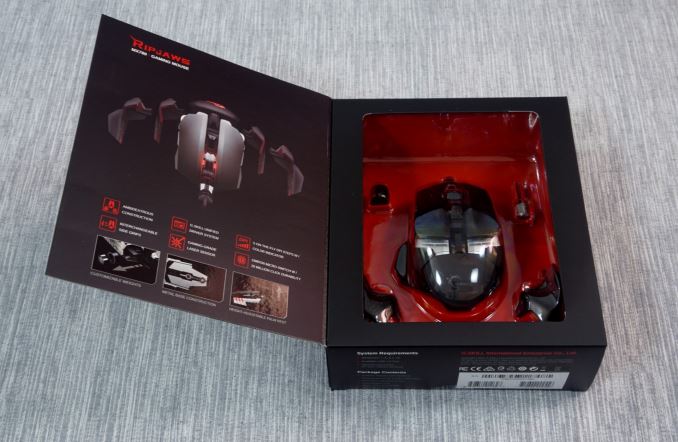 Inside the box we found a small quick start guide, a couple of weights, a tool for the adjustment of the palm height and a set of side grips for left-handed users. 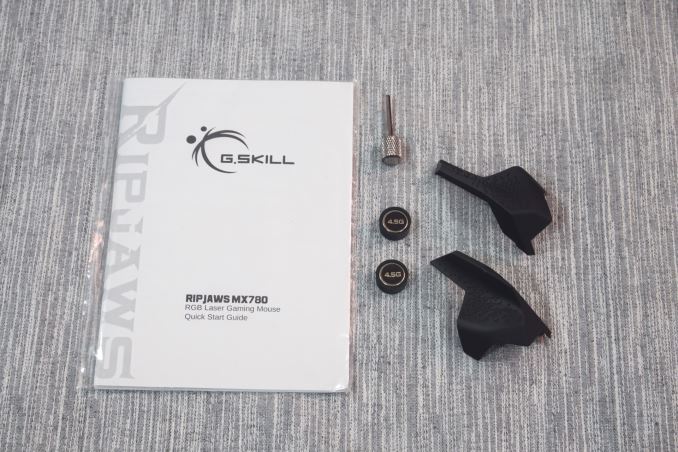 The Ripjaws MX780 sports a modern design, appearing to have its external plastic parts and electronics mounted on an aluminum frame. However, be warned that this is an elaborate illusion. As the specifications of this mouse clearly specify, only the base of the mouse is aluminum. The silver parts visible from the sides and top are plastic, although we have to admit these are so well designed and made that most people would find it difficult to tell the difference. 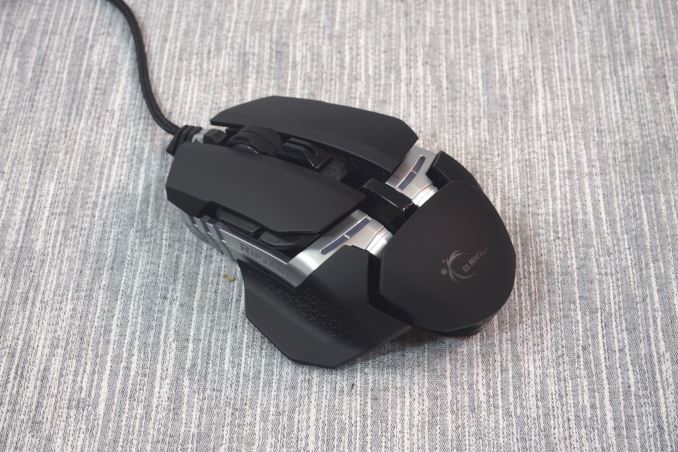 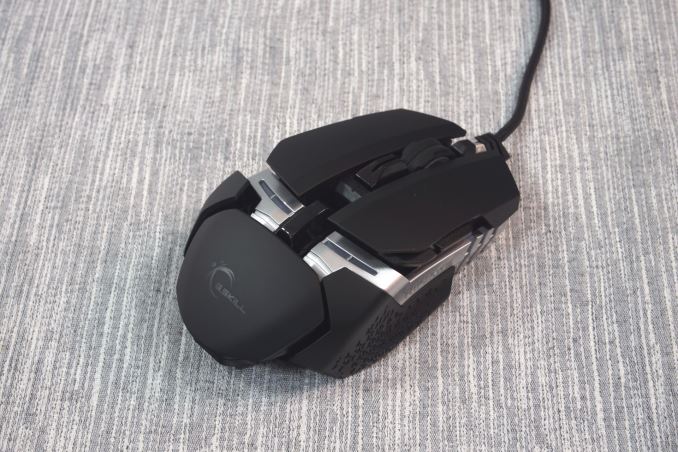 Including the basic left/right buttons and the wheel's middle button, there are eight buttons on the Ripjaws MX780, all of which are programmable. There are two buttons on each side of the mouse, as well as one button beneath the wheel. By default, the button beneath the wheel cycles between DPI settings. As for the side buttons, two are easily reachable with the thumb, but pressing the other two requires the use of the pinky finger and this can be very tricky. G.Skill had to go with this design as they made the MX780 ambidextrous, so they had to have two thumb-accessible side buttons in either case. 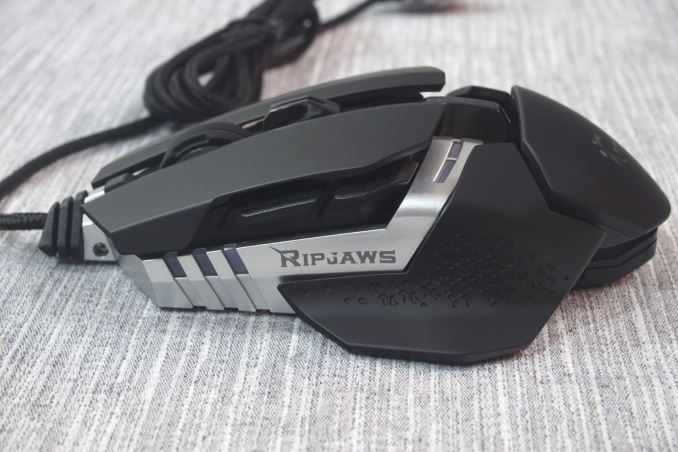 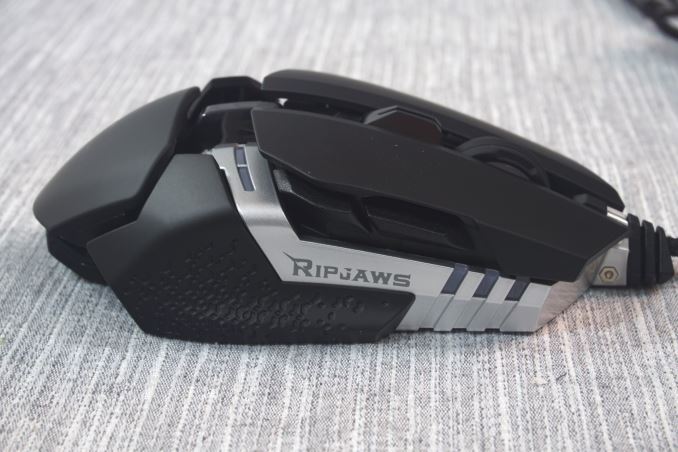 One of the most innovative features of the MX780 is that the side grips are removable and the second provided set reverses the mouse to a left hand design. Only magnets are used to secure the side grips so they can be easily removed by just pulling them off. Beneath each of the grips there is a cavity for one of the circular weights. There are only two 4.5 gr weights that, in our opinion, are nothing compared to the overall weight of the mouse (108 gr) and will not make a feelable difference for any kind of user. 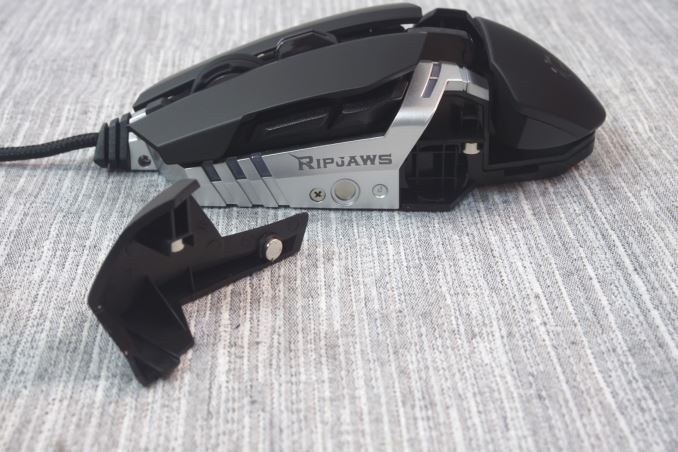 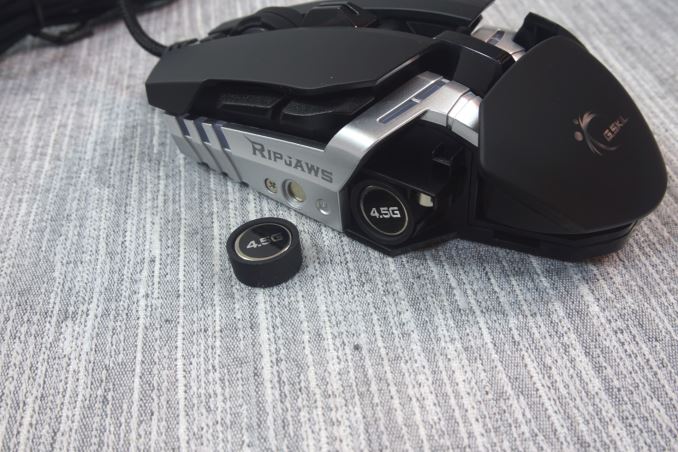 Turning the mouse upside down reveals the aluminum plate that the Avago ADNS 9800 laser sensor is mounted on. This sensor is found on almost every high performance laser gaming mouse available today. A small hex screw can also be seen. Using the supplied tool, it is possible to adjust the height of the palm grip. This is not a very useful feature for those used to a claw grip, as the palm does not touch the mouse, but it can be convenient for those that are used to a palm grip. The thin skid feet of the MX780 are not too large but not small either and they provide very good performance. 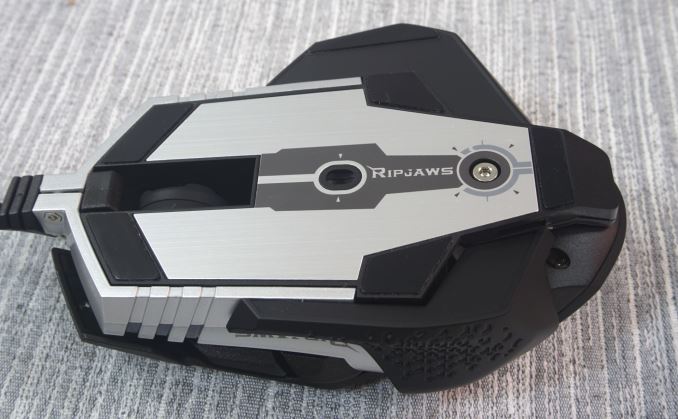 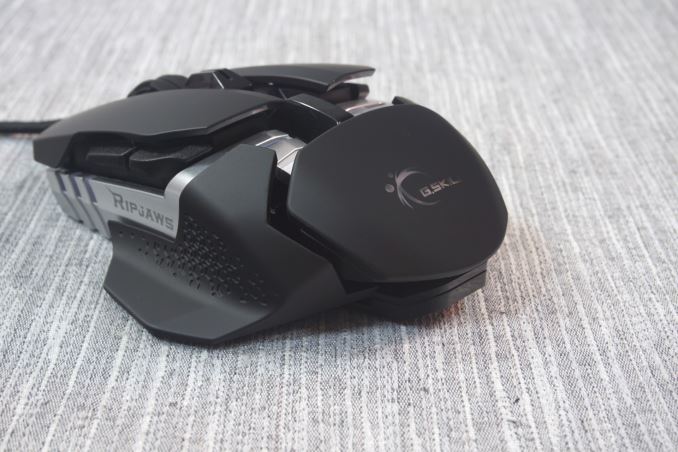 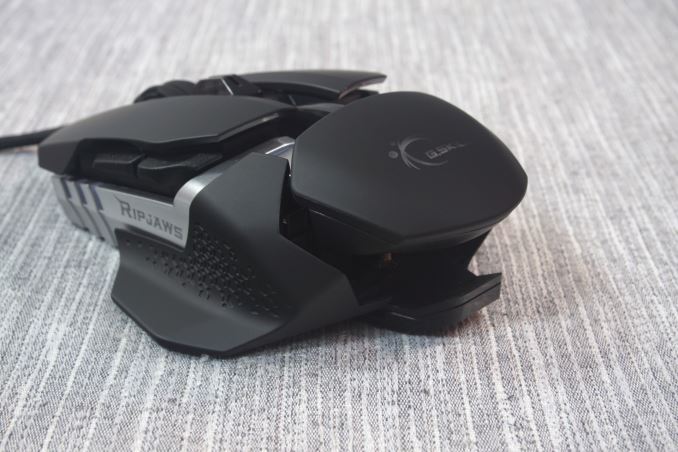 There are several lighting areas on the MX780. One is the scrolling wheel, one is the logo at the front of the mouse, one is the mode selection lights and, finally, there are four wide LEDs installed across the area between the main buttons and the palm rest. These four wide LEDs by default serve as the DPI mode indicators. Their colors and various effects can be programmed via software but, in our opinion, these are of little importance on a mouse. Most of them are not even visible when someone's hand is on the mouse anyway. 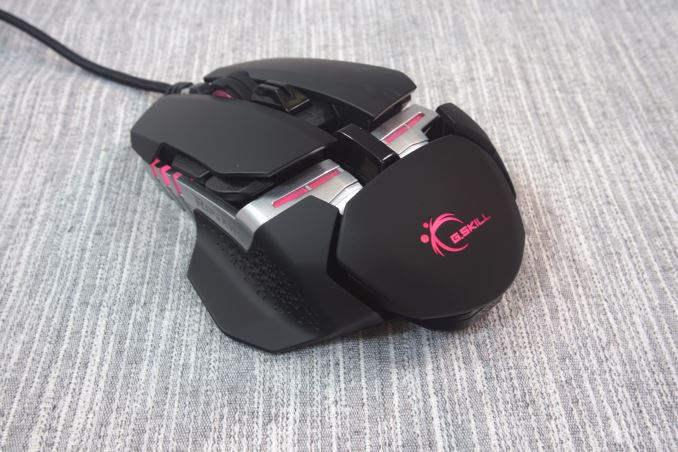 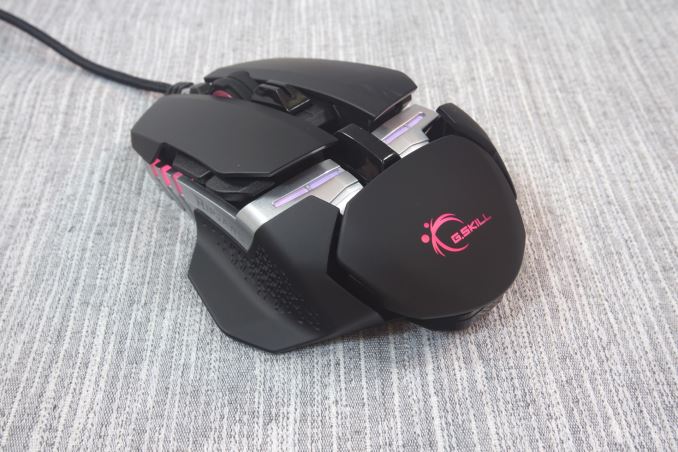 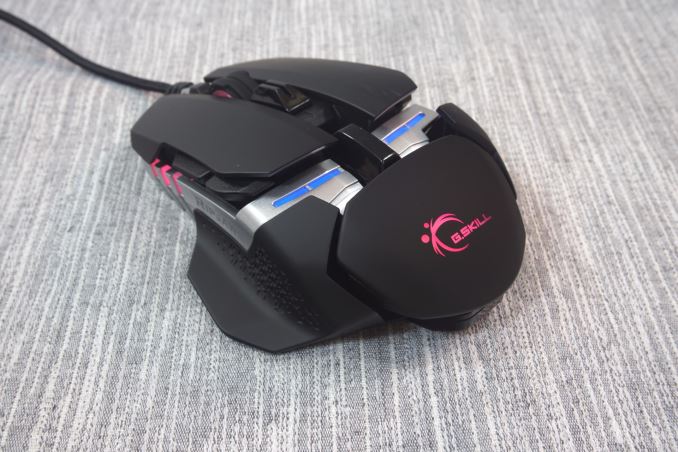