Some of the key elements of the embedded market are cost, power and efficiency. A number of applications for embedded vision and IoT, when applying complexity, rely on the addition of additional fixed function of variable function hardware to accelerate throughput. To that end, the product has multiple FPGA/SoC devices to achieve the goal. The FPGA market is large, however Xilinx is in the process of redefining their product ecosystem to include SoCs with FPGAs built in: silicon with both general purpose ARM processors (Cortex-A series) and programmable logic gates to deal with algorithm acceleration, especially when it comes to sensor fusion/programmable IO and low-cost devices.  As a result, Xilinx is releasing a new single-core Zynq 7000 series SoC with an embedded FPGA, as well as new Spartan-7 and Artix-7 FPGAs focused on low cost.

The new Spartan-7, built on 28nm TSMC and measuring 8x8mm, is aimed at sensor fusion and connectivity, while the Artix-7 is for the signal processing market. The Zynq-7000 is for the programmable SoC space, featuring a single ARM Core (various models starting with Cortex-A9, moving up to dual/quad Cortex-A53) allowing for on-chip analytical functions as well as host-less driven implementations and bitstream encryption. The all-in-one SoC with onboard FPGA adds a benefit in bringing a floorplan design of multiple chips down from three to one, with the potential to reduce power and offer improved security by keeping the interchip connections on silicon. While the Zynq family isn’t new, the 7000 series for this announcement is aimed squarely at embedded, integrated and industrial IoT platforms by providing a cost-optimized solution. 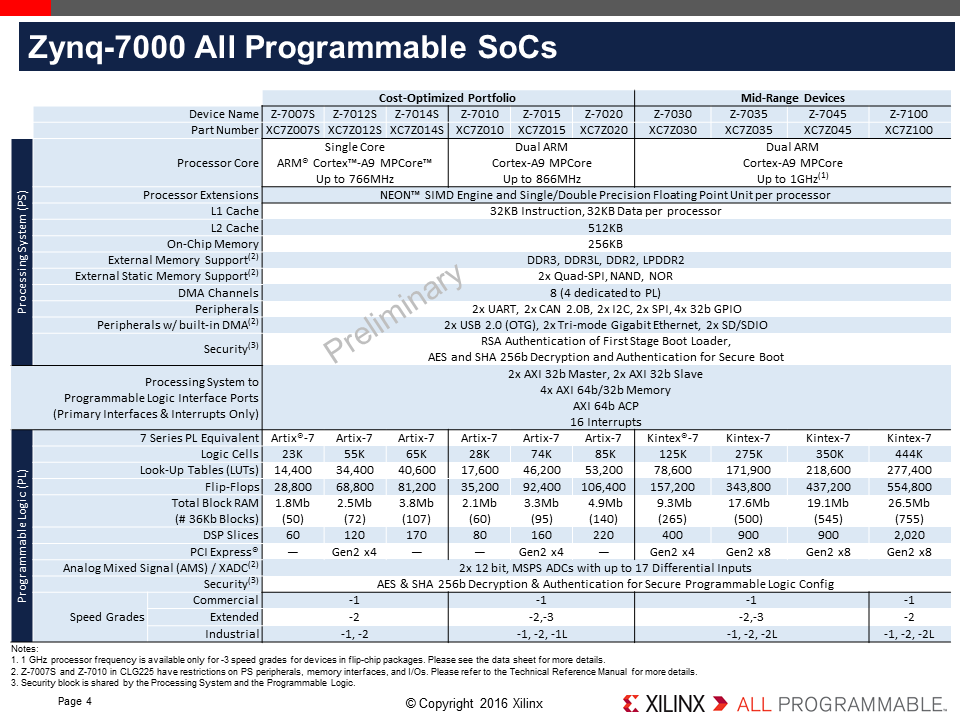 We spoke with Xilinx’s Steve Glaser, SVP of Corporate Strategy, who explained that Xilinx wants to be in the prime position to tackle four key areas: Cloud, Embedded Vision, Industrial IoT and 5G. The use in the cloud is indicative of high focused workloads that land between ASICs and general purpose compute, but also for networking (Infiniband) and storage, with Xilinx IP in interfaces, SSD controllers, smart networking, video conversion and big data. This coincides with the announcement of the CCIX Consortium for coherent interconnects in accelerators. 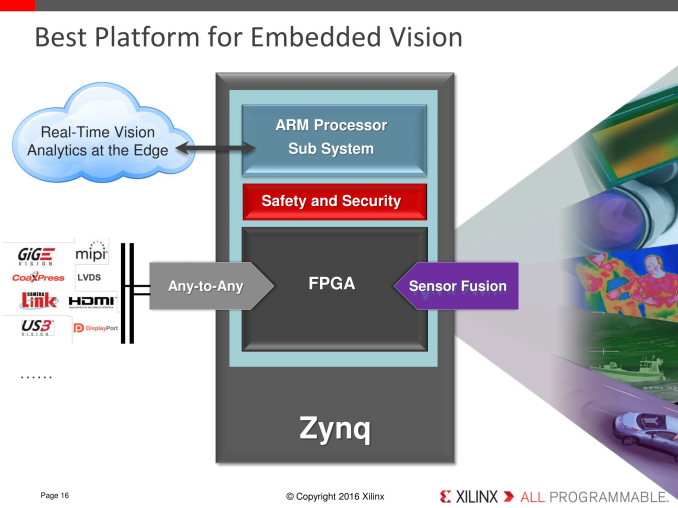 Embedded Vision is a big part of the future vision of Xilinx, particularly in automotive and ADAS systems. Part of this involves machine learning, and the ability to apply different implementations on programmable silicon as the algorithms adapt and change over time. Xilinx cites a considerable performance and efficiency benefit over GPU solutions, and a wider range of applicability over fixed function hardware. 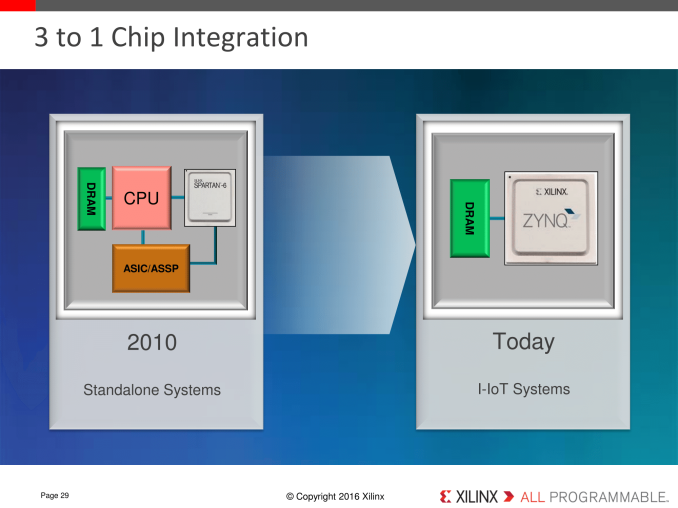 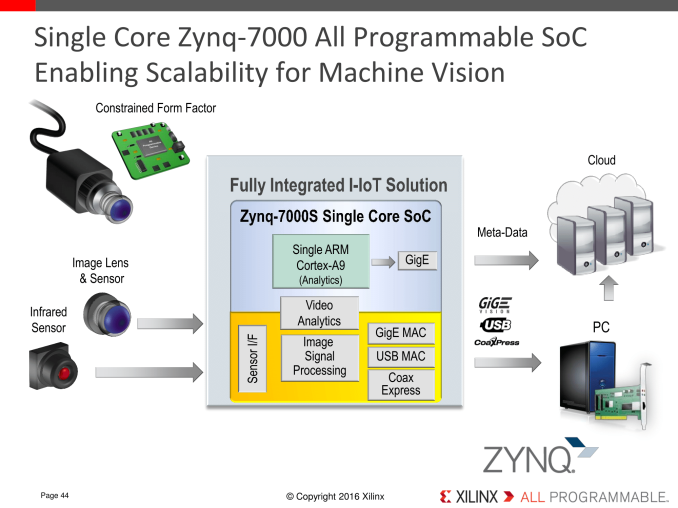 Xilinx sits in that position as being a hardware provider for a solution, but not the end-goal solution provider, if that makes sense. Their customers are the ones that implement what we see in automotive or industrial, so they typically discuss their hardware at a very general level but it still requires an understanding of the markets they focus on to discuss which applications may benefit from FPGA or mixed SoC/FPGA implementations. When visiting any event about IoT or compute as a journalist, there always involves some discussion around FPGA implementation and that transition from hardware to software to product. Xilinx is confident about their position in the FPGA market, and Intel's acquisition of Altera has the markets where both companies used to compete has raised a lot of questions about FPGA roadmaps, with a number of big customers now willing to work on both sides of the fence to keep their options open.

On the new cost-optimized chip announcement, the Spartan-7, Artix-7 and Zynq-7000 will be enabled in the 2016.3 release of the Vivado Design Suite and Xilinx SDx environments later this year, with production devices shipping in Q1 2017.