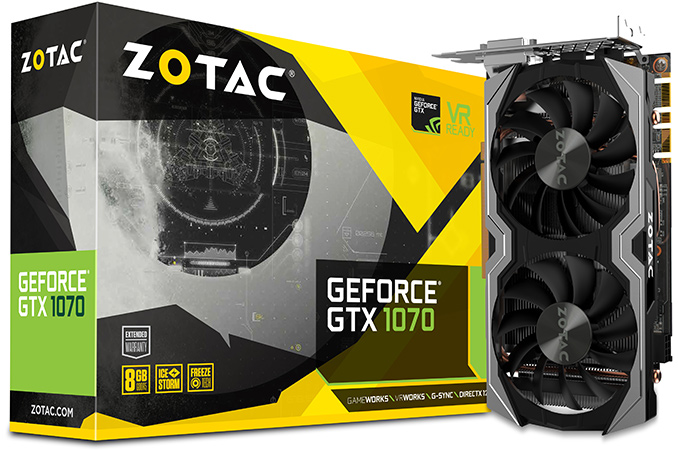 ZOTAC has added a small form-factor video card based on NVIDIA’s GeForce GTX 1070 GPU to its lineup of products. The graphics adapter is designed for Mini-ITX PCs and will be the second product of such kind on the market after GIGABYTE’s GeForce GTX 1070 Mini-ITX released earlier this year.

From performance and connectivity point of view, ZOTAC’s GeForce GTX 1070 Mini (ZT-P10700G-10M) card resembles larger designs by other companies: the GP104 GPU (with 1920 stream processors, 120 texture units and 64 raster operations pipes) operates at 1518/1708 MHz (base/boost), 8 GB of GDDR5 memory function at 8 Gbps data rate and deliver 256 GB/s of bandwidth. Meanwhile the card is equipped with three DisplayPort 1.4 connectors, an HDMI 2.0b port as well as one dual-link DVI port, which is exactly what NVIDIA’s reference cards offer. 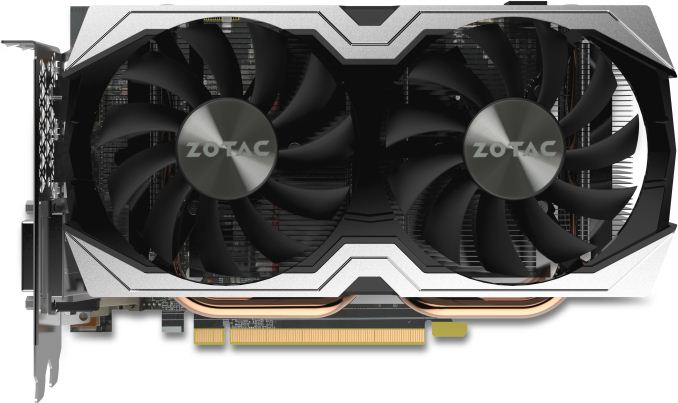 Despite the small size, the ZOTAC GeForce GTX 1070 Mini is equipped with a rather sophisticated cooling system (not exactly surprising because we are talking about a 150 W TDP here) featuring a copper base, two thick heat pipes, a relatively large aluminum radiator with thin fins as well as two 90-mm fans. The cooling system requires more space than coolers on other Mini-ITX graphics cards, but most of such builds have some extra space inside. The card requires one 8-pin auxiliary PCIe power connector to function, just like all the other GeForce GTX 1070 graphics adapters around. 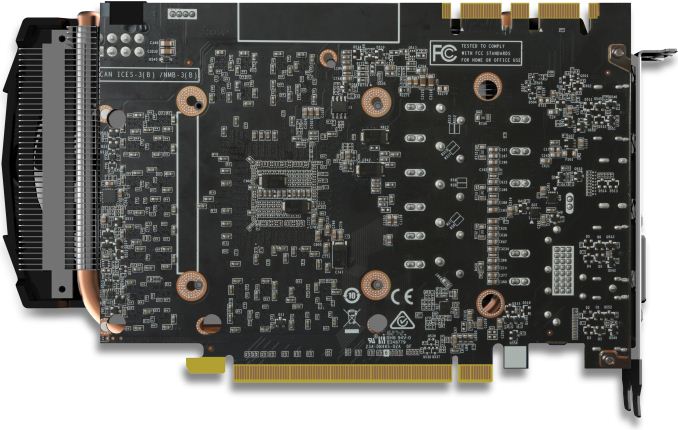 ZOTAC does not disclose a lot of details regarding its Mini-ITX graphics cards and things like VRM design of the board remain unknown. NVIDIA’s reference GeForce GTX 1070 comes with a 4+1 phase VRM, but GIGABYTE’s GeForce GTX 1070 Mini-ITX actually has a 5+1 phase VRM design (more VRMs has various positive and negative effects and doesn't specify the quality of such components in a number alone).

When it comes to price, the ZOTAC GeForce GTX 1070 Mini costs $395 at Amazon and Newegg, which is a bit more expensive than NVIDIA’s reference GTX 1070 graphics adapters, but is still more affordable than the GTX 1070 Founders Edition.