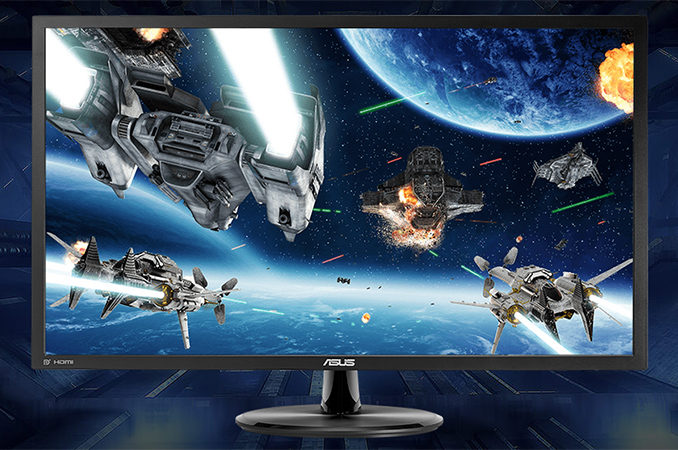 Without making any formal announcements, Asus has quietly added a new gaming display to their product lineup. The VP28UQG features a 4K resolution, a 1 ms response time, as well as AMD’s FreeSync dynamic refresh rate technology. The new monitor does not belong to the premium ROG product family and does not support high refresh rates, so all signs point to Asus positioning it as an entry-level monitor.

The ASUS VP28UQG display is equipped with a 28” TN panel featuring a 3840×2160 resolution, 300 nits brightness, a 1000:1 contrast ratio, 170°/160° viewing angles, a 1 ms response time, as well as a 60 Hz refresh rate. The monitor can reproduce 1.07 billion colors, but ASUS for some reason does not disclose its actual coverage of standard color spaces. Since the VP28UQG is designed for gaming, it is most likely tailored for Windows and therefore the sRGB color space.

Hardcore gamers might consider a 60 Hz refresh rate too low for action packed titles, but ASUS seems to aim the new monitor at casual gamers who have demands for a higher resolution and an above-average screen size. The three main reasons why ASUS calls the VP28UQG a gaming display is because it has a low response time from the use of a TN panel, supports AMD’s FreeSync technology (with a 40 to 60 Hz range, so unfortunately no LFC), as well as ASUS’s own GamePlus technology that adds on-screen crosshair, FPS counter, timer and so on. Keeping in mind that casual gamers barely have graphics cards that can hit above 60 frames per second in demanding titles at a 4K resolution, the 60 Hz refresh of the monitor might not be an issue for now. In fact, the VP28UQG is not the first 4Kp60 monitor aimed at gamers in ASUS’ lineup. The company has been selling the MG28UQ featuring a similar panel for a while now and the VP28UQG is positioned a bit lower in the lineup. 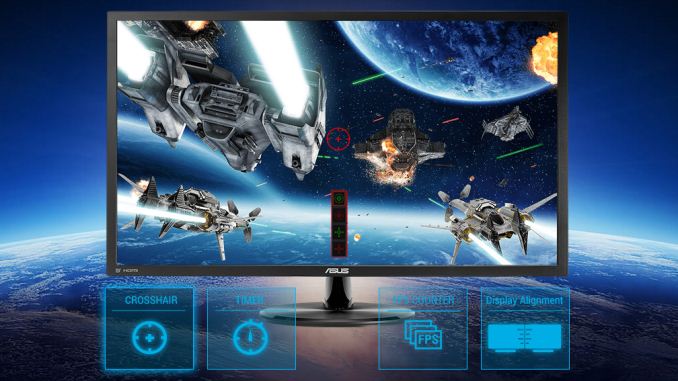 When it comes to connectivity, the VP28UQG is equipped with two HDMI 2.0 inputs as well as a DisplayPort 1.2 input, and has a 3.5-mm audio jack to connect headphones. As for ergonomics, ASUS says that the monitor can adjust its tilt, but not swivel or height.

All told, the ASUS VP28UQG seems to be aimed at gamers who want a large 4K panel with a fast response time and a dynamic refresh rate technology, but do not want to invest a lot in it and are okay with a 60 Hz TN panel. That said, do not expect the VP28UQG to be expensive. Its bigger brother called the MG28UQ is available for $429.99 at Amazon and the new unit will likely be even more affordable when it becomes available in Q3 2017.