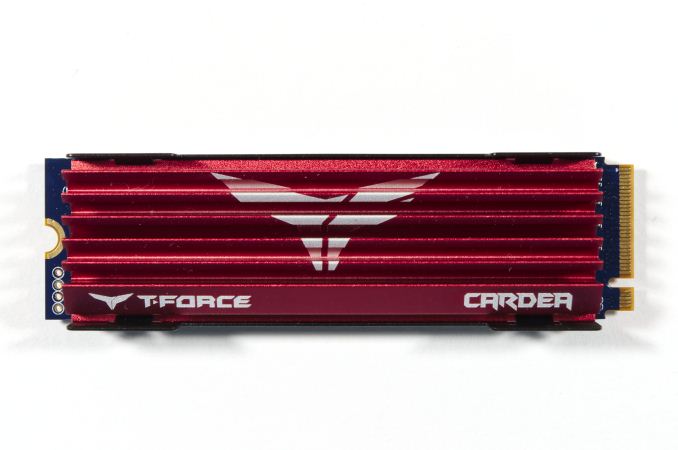 Team Group is a major vendor of DRAM modules, and they also have a variety of SSDs. They are one of the few SSD vendors that uses Phison turnkey solutions for some of their SSDs but still also designs their own drives using controllers from other vendors like Marvell. Most brands that use Phison have abandoned in-house drive or firmware development.

The Team T-Force Cardea is an enthusiast-oriented M.2 PCIe SSD carrying a large heatsink that makes it more or less a desktop-only SSD. The heatsink is not so tall that it will interfere with graphics cards when installed in a nearby slot, but this heatsink is far more substantial than the low-profile heatspreaders we've seen on other M.2 PCIe SSDs. Underneath the heatsink, the T-Force Cardea is a reference design Phison E7 NVMe SSD with 15nm MLC NAND. 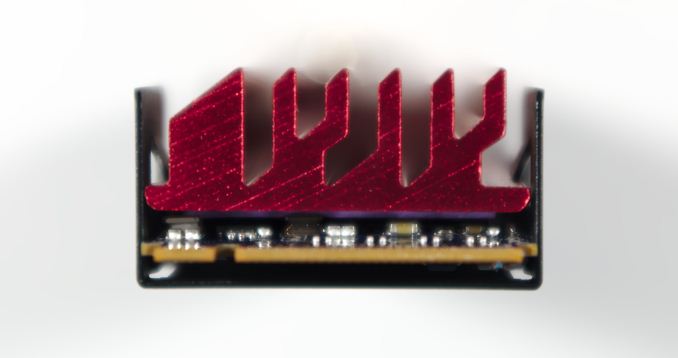 The 240GB Team T-Force Cardea is the lowest capacity SSD we've tested that uses the Phison E7 controller. This gives us the chance to see how well the performance holds up with less spare area on the drive and fewer NAND dies to use in parallel. The 240GB T-Force Cardea is still large enough to fully populate the NAND channels on the E7 controller, so it isn't in an awkward position like the Intel SSD 600p.

SSDs using the Phison E7 controller have all used Toshiba 15nm planar MLC NAND; the controller doesn't support LDPC error correction or anything similar, so it is generally not regarded as a good match for TLC NAND. Despite using MLC, Phison E7 drives have often been some of the most affordable consumer NVMe SSDs, even when compared against drives using planar or 3D TLC NAND. We tend to regard Phison E7 SSDs as entry-level NVMe products, but a desktop-only drive with a heatsink clearly aspires to be more than that.

The performance specifications for the two capacities of the T-Force Cardea are very similar, suggesting that the larger model won't feel any faster. The warranty period of three years is typical for this market segment, and the write endurance ratings are equivalent to about 1.2 drive writes per day over that period, which is very good for a consumer drive.

Aside from comparing against other Phison E7 SSDs, the most relevant competitor to the 240GB Team T-Force Cardea is the 250GB Samsung 960 EVO. The 960 EVO uses the most advanced NVMe SSD controller currently available, but is held back somewhat by using 3D TLC instead of the 3D MLC of the 960 PRO, and the 250GB capacity often suffers from the small size of its SLC cache and spare area. At the moment, the 960 EVO is a bit cheaper than the T-Force Cardea.