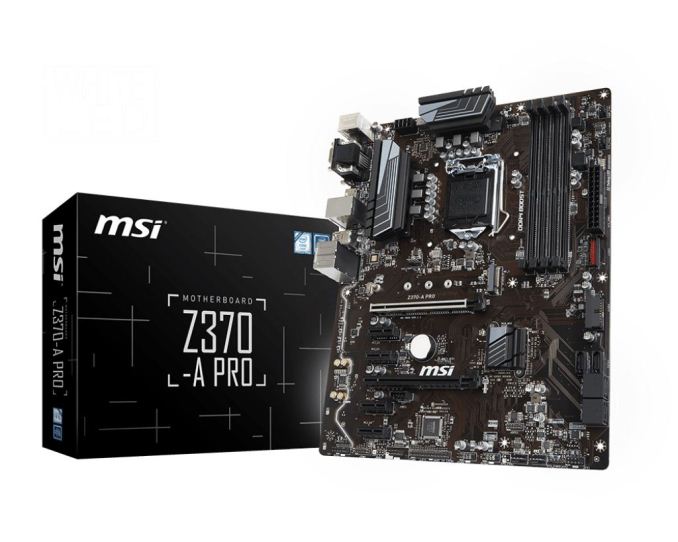 The MSI Z370-A Pro is an inexpensive motherboard from MSI's 'Pro' series of boards. The Pro series boards are designed for content creators and professionals who can use the horsepower of the high-end Coffee-Lake CPUs and require reliability and performance. The Z370-A Pro, at $110, in this review strives to accomplish fitting in here with its complement of features, as well as supporting overclocking to get the most out of the installed processor.

The Z370-A Pro comes from a family of 13 different motherboards in MSI's Z370 lineup. Within that lineup are boards from its various categories from Enthusiast Gaming, Performance Gaming, and Arsenal Gaming, and the Pro series, all designed to offer users different feature sets and aesthetics. The Z370-A Pro is the cheapest of the line up, and is not intended to be an RGB light show and meant to impress with flare and substance, but meant for business users who want or need high performance and use the latest Intel Coffee Lake processors like the i7-8700K and do not want to pay more than needed for features that may not be used.

We inferred the board wouldn't win any beauty contests with its plain black/dark brown theme, but it isn't intended to either. Fancy heatsinks and RGB LEDs do add to the cost of the board which are features that are not likely to be on the top of the list for professional users. Typically they are looking for a reliable system which is able to get the job done and quickly, without breaking the budget. 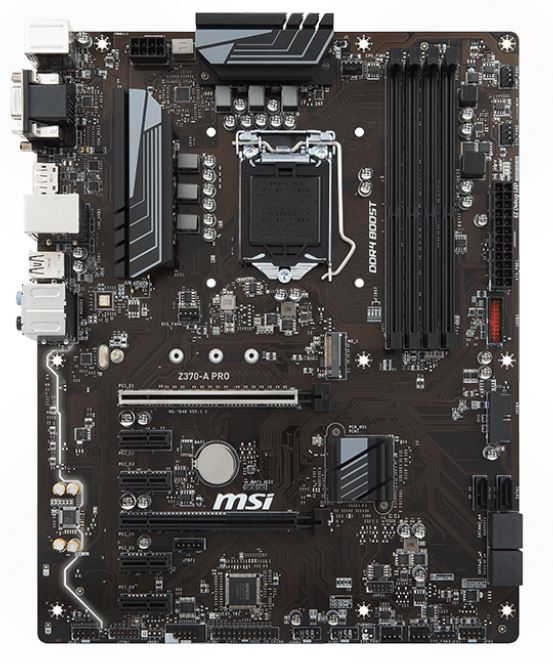 In our performance testing, the MSI Z370-A Pro performed well overall with results being competitive. Highlights include the power consumption, which was on the lighter side for both idle and load testing, and the board hasa pretty quick boot time. Other results were on par with other datasets so there is nothing holding the board back for our testing. 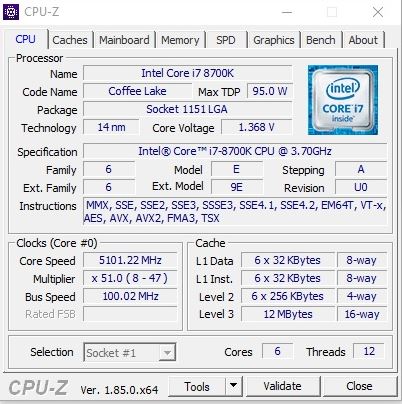 For overclocking, the $110 motherboard was able to reach 5.1 GHz. As is the case with overclocking this CPU, we are limited by the cooling and not the motherboard. The OC Genie 4 one-touch button raised both the all core CPU speed by 100 MHz, and the single core speed by 100 MHz as well, yielding 4.4 GHz and 4.8 GHz clocks. The voltage used was higher than needed for the clocks, but it did not surpass our cooling capabilities which we have seen in the past from almost all boards.

On the storage side of things, the MSI Z370-A Pro gives users the full complement of six SATA ports and has one M.2 slot for high-speed storage. Network duties are handled by a single Realtek LAN controller - Wi-Fi is not available. For USB connectivity, there are a total of six ports on the back (four USB 3.0 and two USB 2.0) along with internal headers for a total of 14 possible USB ports (eight USB 3.0 and six USB 2.0). Missing is USB 3.1 support which if needed will have to come from an add-in card.

The board includes a total of six PCIe slots, two full-length, and four x1 size slots. The first full-length slot is CPU connected while the second (and x1 slots) are fed from the PCH. The board is able to support Crossfire only with MSI saying in their literature the Pro series boards are optimized by phyiscal layout and power design for cryptocurrency mining including additional BIOS options said to ensure a stable system for long mining sessions.

*It should be noted that from this point on in our Z370 motherboard reviews, we are using Windows 10 RS3 with the Spectre/Meltdown patches as well as other script adjustments.

One important piece of information to note: technically these processors use the LGA1151 socket, also used by 6th and 7th Generation processors using the Z170 and Z270 chipsets. But due to several (albeit minor) difference in the pin-layout of these two sets of processors, the 8th Generation Coffee Lake will only work in Z370 boards and are not cross-compatible. Back in October 2017, Ian Cutress reviewed a couple of processors (i7-8700K and i5-8400) in the Coffee Lake lineup - details on the rest of the product stack are listed below.

In this review, we have the following pages: