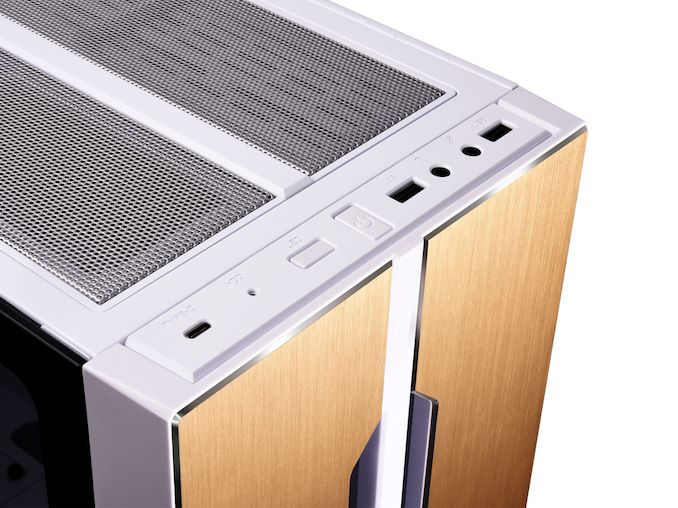 When a PC technology company plays in a competitive market, where margins are tight, there are kudos all around when a product becomes overly successful and gets all the users or PC builders interested. Lian Li has had success recently with the LANCOOL ONE, a seemingly minimal sleek chassis design buoyed by its front symmetry, see-through panel, and customizability. After announcing that it would be making a limited run of five models called the ‘Champagne Edition’, demand was so high that they're going to make a few more for retail. 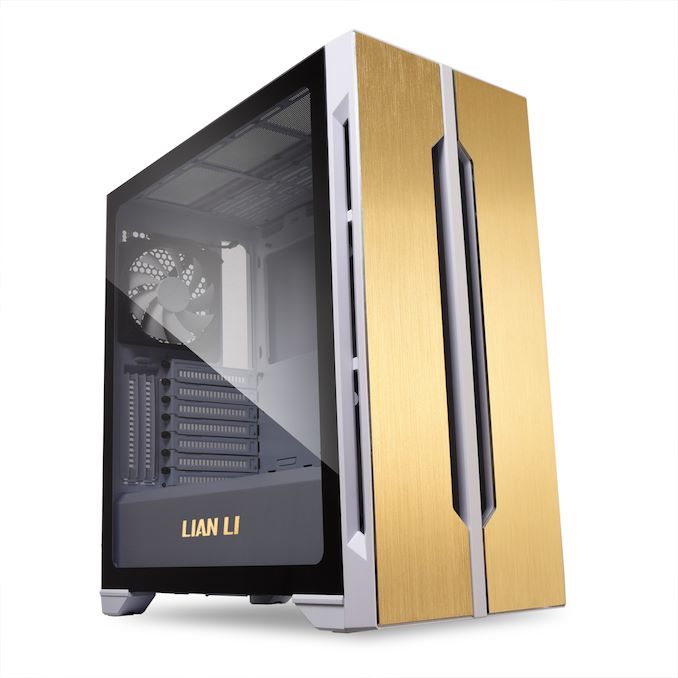 Don’t get me wrong, this is a nice looking case. Lian Li describes the design as ‘timeless, elegant’, which are usually words you hear during a commercial about a super expensive watch. That being said, there are more cases with RGB than watches with RGB.

The front panel has a brushed metal finish with a symmetric design, with RGB lighting in the middle where users can see into the case. The airflow vents for the case are on the side as part of the front structure, while there are exhaust vents on the top. Also on the top is the front panel IO, which includes a Type-C port, two Type-A ports, two 3.5mm jacks, a power button, and a button to cycle through the LEDs. 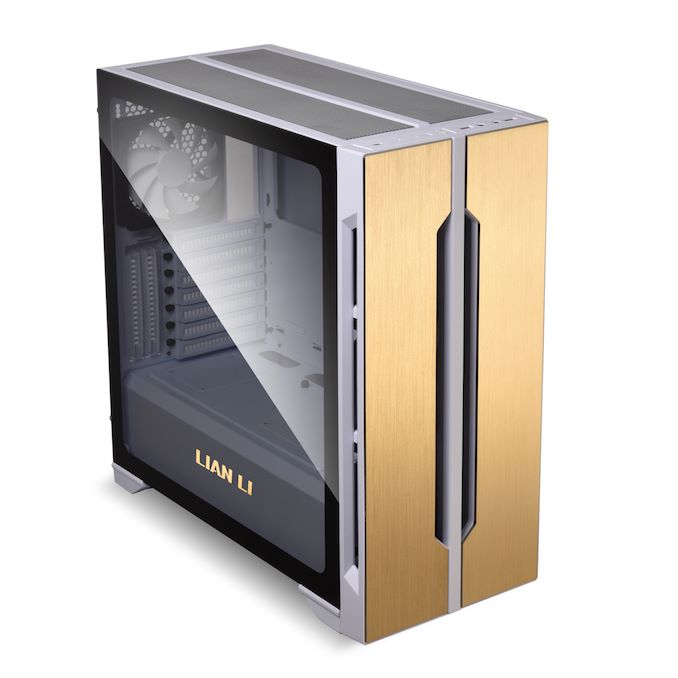 Aside from the color combination of the chassis and the front panel, which works well as a design ID, the key part of the chassis is the side panel. Using tempered glass, similar to many contemporary chassis, the white internal power coating combined with the slight tint in the window really makes the yellow gold of the Lian Li logo for the PSU shroud stand out.

The chassis can take up to regular sized ATX motherboards, with space for seven PCIe slots, along with support for one two-slot GPU in a vertical orientation if a PCIe ribbon is used.. On the top of the shroud are two detachable segments to put SSDs or additional fans, and two drives can be supported at the front of the chassis by the front fans. The front contains one 120mm fan, but can support a 360mm radiator, and the top vent will also support a 360mm radiator, but not at the same time (otherwise go for two 120mm fans or 240mm liquid cooling). The rear has a single non-RGB fan, and if a user wants to go all out with just fans, the chassis will support nine 120mm fans. 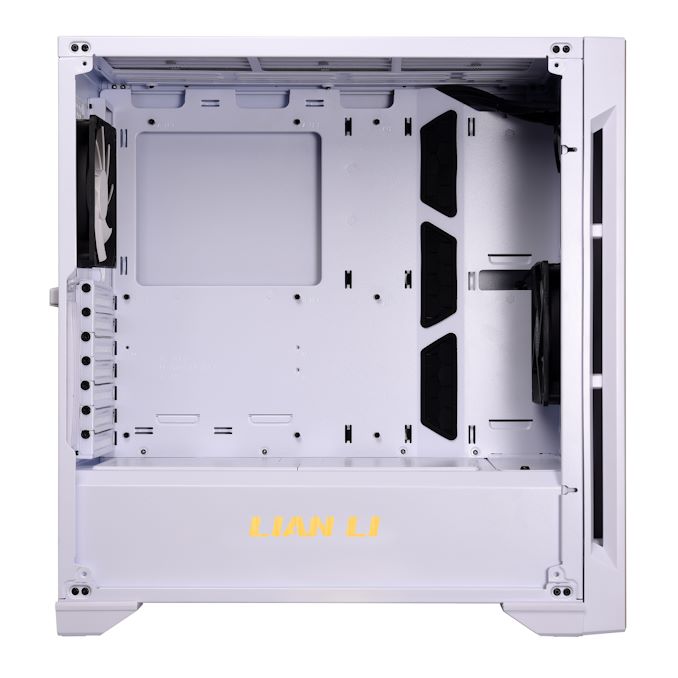 Lian Li is only making 1000 of these, all of which will be individually numbered, but will be sold worldwide. Given the low number of units, the company isn't listing the retailers that will be selling them; instead they're directing buyers to their social media page for more details.

Is it just me, but that color isn’t Champagne? Perhaps Champagne Edition is meant to be something related to status? We know Lian Li hasn’t had the best success with naming products recently, such as the Strimer (pronounced STREAMER).