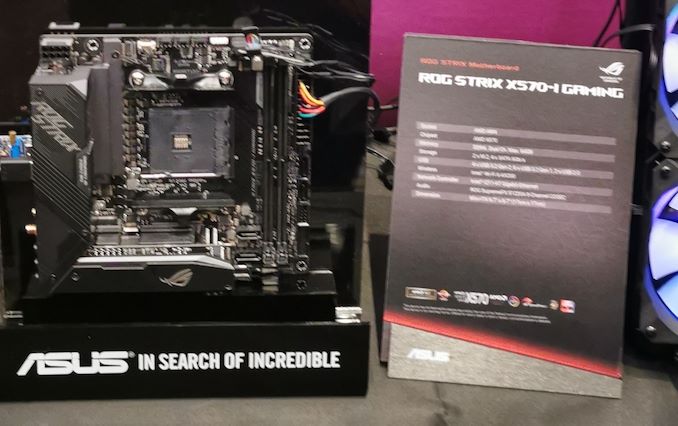 At Computex 2019, ASUS unveiled a number of ROG-branded motherboards aimed at gamers and enthusiasts for AMD's new X570 chipset. Most of them are ATX, but a small handful of models are designed for small form factor users and the ASUS ROG Strix X570-I Gaming is one such model with a mini-ITX sized PCB. The main features include Wi-Fi 6 support, dual PCIe 4.0 x4 M.2 slots, and dual video outputs on the rear panel.

The ASUS ROG Strix X570-I Gaming is gaming-focused and represents its more mid-range Strix brand. On the smaller Mini-ITX form factor, the X570-I Gaming has plenty to shout about including two PCIe 4.0 M.2 slots with one located on the front of the board with an inclusive heatsink, and another located on the rear of the PCB. Also featured which is impressive for a mini-ITX model is eight SATA ports. Similar to the widely anticipated Mini-DTX form factor ROG Crosshair VIII Impact model, the ROG Strix X570-I shares the same networking configuration with an Intel I211-AT Gigabit LAN port on the rear, as well as an Intel AX200 802.11ax Wi-Fi 6 wireless interface which also includes support for BT 5. 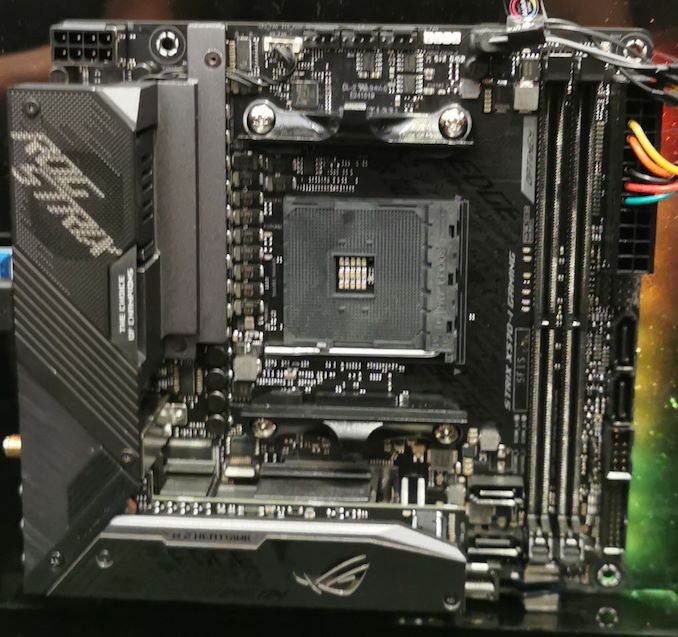 Aimed at the mid to high-end gamers, the ASUS ROG Strix X570-I Gaming has a ROG SupremeFX S1220 HD audio codec with three USB 3.1 G2 Type-A, one USB 3.1 G2 Type-C, and four USB 3.1 G1 Type-A ports on the rear panel. Interestingly ASUS includes a DisplayPort 1.4 and HDMI 2.0 pairing of video outputs on the rear for use with the newly announced AMD Ryzen 3000 series APUs. There is a single full-length PCIe 4.0 x16 slot in addition to two memory slots with support for up to 64 GB of DDR4 memory. 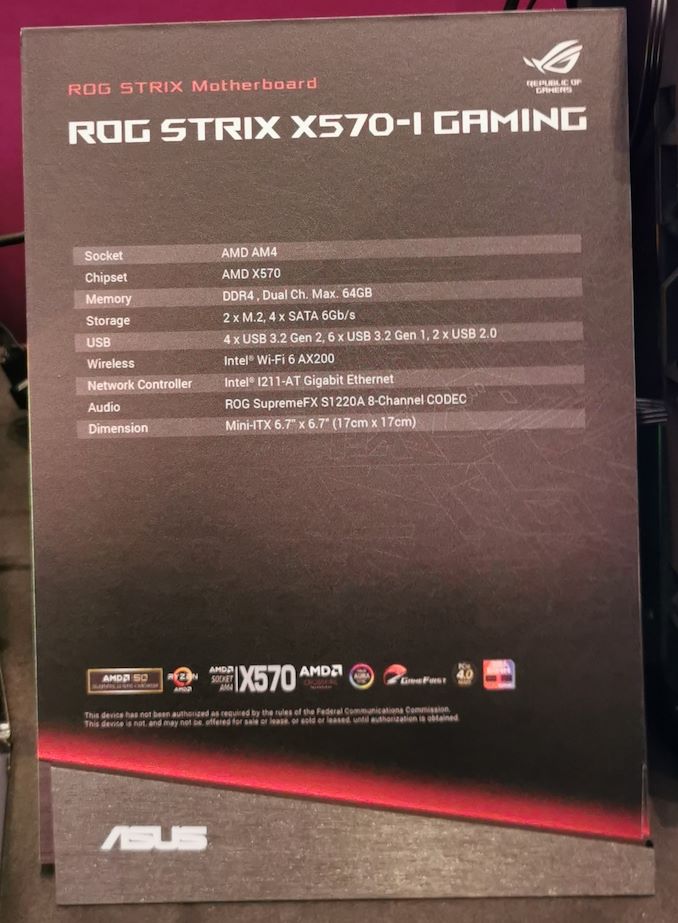 No official pricing has been made available for the ROG Strix X570-I Gaming, but it's highly likely that the board will be available for purchase on 7/7 in line with AMD's Ryzen 3000 series processors such as the Ryzen 9 3900X which has 12 cores, 24 threads and is set to cost just $499.