The Fractal Design Ion+ 760P 80Plus Platinum PSU Review: A High-End PSU For the Mainstream Builder

A quick look at the Fractal Design Ion+ 760P PSU reveals a sleek design and a unique chassis that is not quite like most other ATX PSUs. Officially, the PSU isn't quite ATX compliant either; it adheres to everything except the ATX size specification, where the chassis is a longer 150 mm deep, a necessary adjustment in order to fit a 140 mm cooling fan. The chassis of the PSU is coated with a satin black paint, which is excellently applied and highly resistant to smears and fingerprint marks. 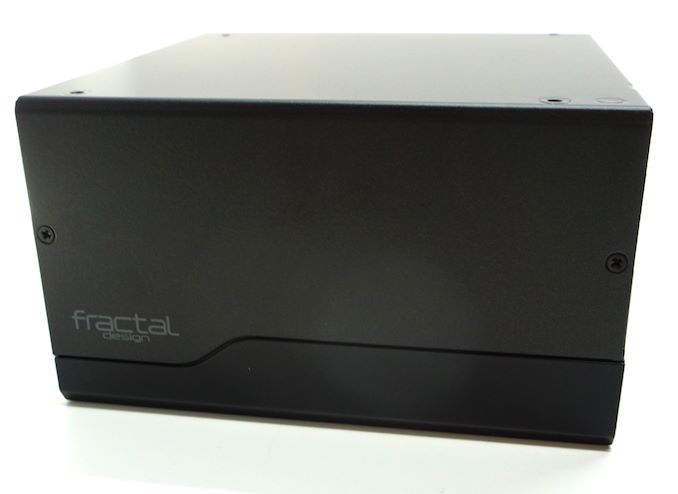 Fractal Design split the standard sticker with the electrical specifications and certifications of the PSU into two parts, placing the sticker with the basic electrical specifications on the rear side of the PSU and making it visible from the rear of the PC case. The rear side is, in terms of aesthetics, interesting, as the designer ditched the standard honeycomb or circular vents and implemented a Morse code dot-like pattern design. Other than that, we can also spot a regular on/off switch and the AC cable receptacle. 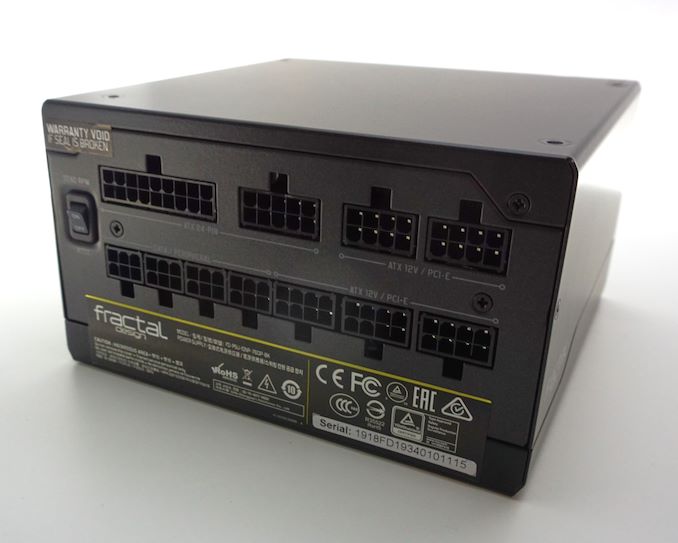 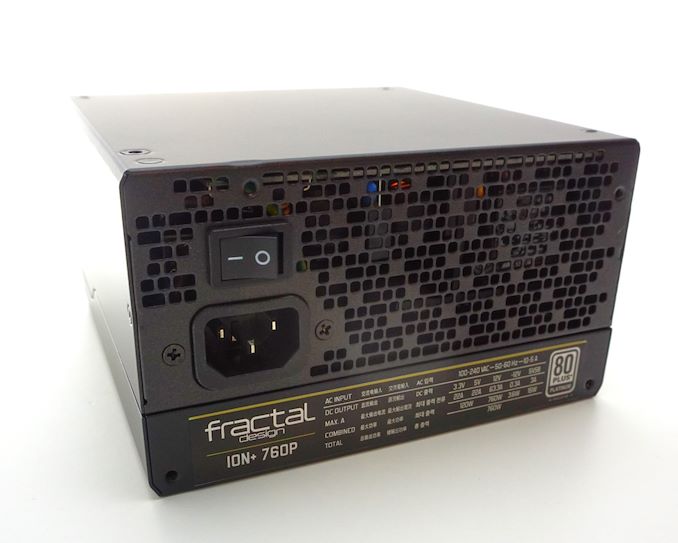 The bottom and top sides of the PSU are entirely clean and smooth. Fractal Design went with a parallel wire fan finger guard, as it is supposed to reduce aerodynamic noise a little bit in comparison to standard circular guards. The sides of the PSU are almost entirely clean as well, with only a small version of the company’s logo printed on each side. 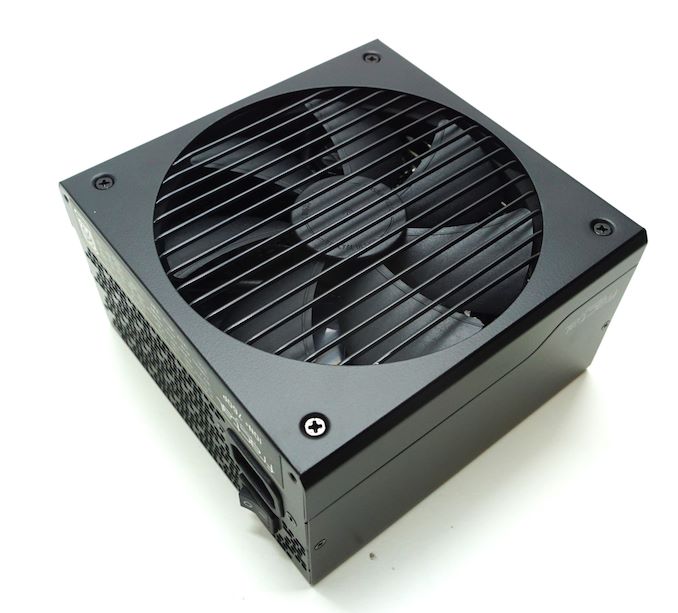 The front side is perhaps the most interesting part of the PSU. It houses the eleven connectors for the modular cables, with a very subtle legend painted in between the two series of connectors. All of the connectors are black but are keyed, meaning that no cable can be inserted into the wrong connector. There is also a “Zero RPM” switch that turns the unit’s hybrid cooling mode on or off. By default, the Ion+ PSU will not start the fan at all until temperatures require it to do so, but users can opt to force the fan to stay on at all times should they wish to do so. Note that this will not affect the thermal circuitry of the PSU, which will still adjust the fan’s speed according to the operating conditions. 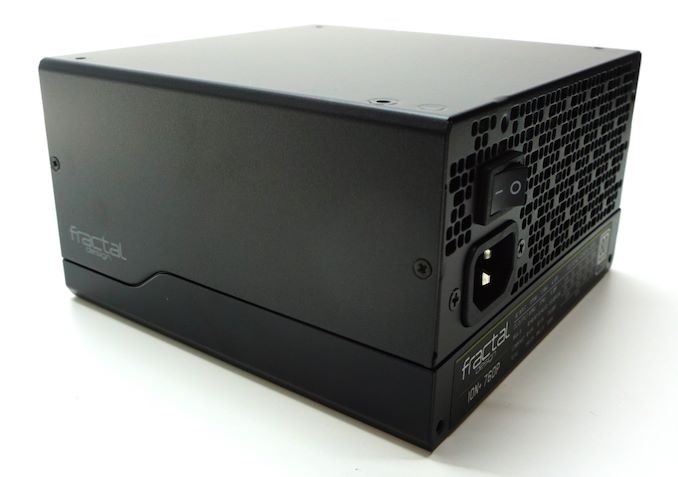 Fractal Design rebranded the cooling fan of the PSU, and we could not identify the original manufacturer. Regardless, we can tell that it is a 140 mm fan with a fluid dynamic bearing (FDB) engine. It has a maximum rotational speed of about 1800 RPM. Fractal Design also claims that they greatly optimized the fan’s design by adding a counter-balance magnet to reduce axial tension on the bearing and tweaked the design of the blades to reduce the fan’s noise. 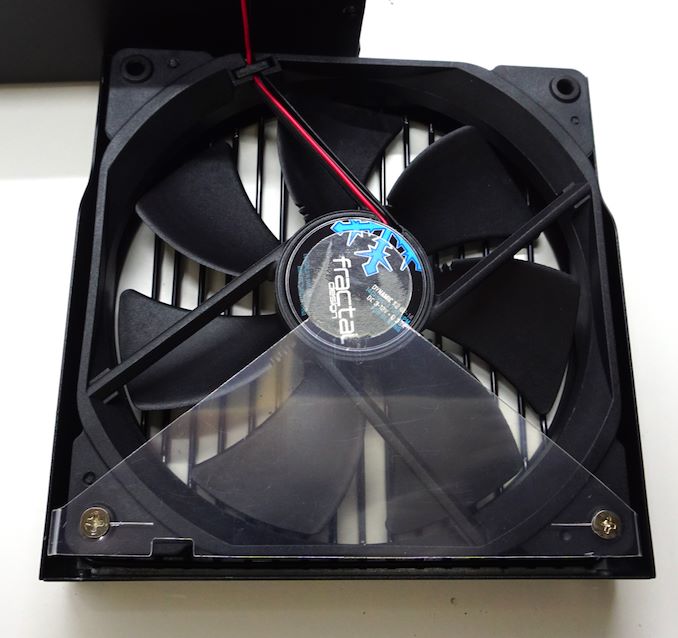 The OEM behind the creation of the Fractal Design Ion+ 760P PSU is Sirfa (also known as High Power), a manufacturer known for their mid-range designs. This, however, is not a platform that we have seen before. Fractal Design’s involvement on the design of the PSU is very apparent, as Sirfa rarely uses good heatsinks, especially on their higher efficiency products. The heatsinks of the Ion+ 760P are strikingly advanced, especially considering the lower-than-average amount of heat generated by the PSU thanks to its high efficiency and overall lower power output. 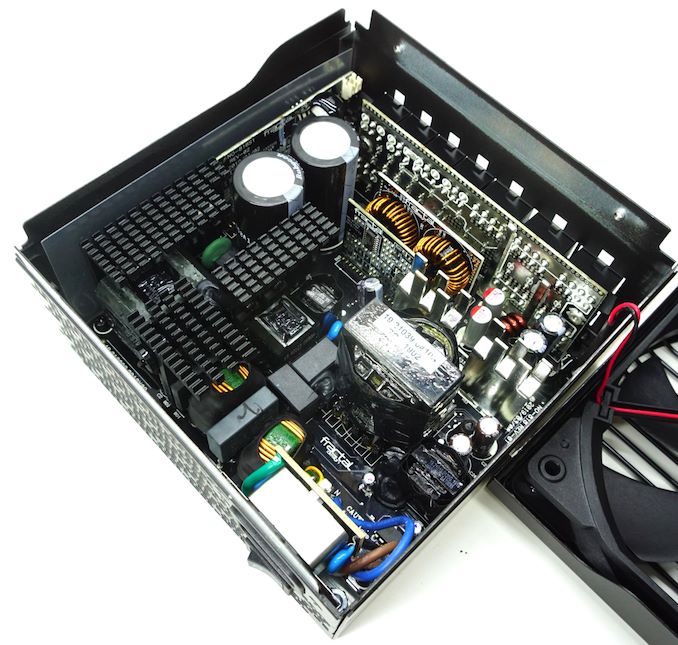 The input filtering stage is textbook in design and consists of four Y capacitors, two X capacitors, two filtering inductors, and one surge-suppressing MOV. The unit has two input conversion bridges that can be found on their own small heatsink. The enclosed APFC coil and two Rubycon 400V/470μF capacitors stand right between the heatsinks that hold the APFC and primary inversion circuit parts. 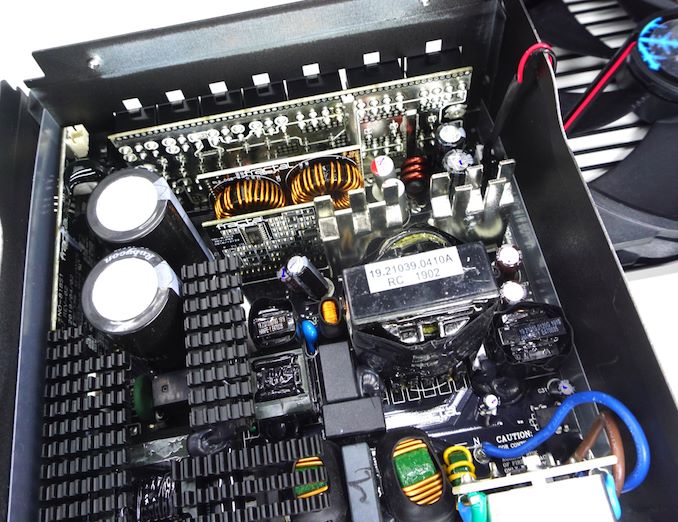 The primary inversion circuit is relatively simple, with two MOSFETs forming a standard LLC resonant half-bridge topology. The unit then generates a single 12V line via the MOSFETs that are attached to the bottom side of the PCB. The slim silver heatsinks on top of the PCB assist on the cooling of the secondary side MOSFETs, which are also dissipating part of their losses via the chassis of the PSU. A secondary vertical PCB holds the DC to DC conversion circuits that generate the 3.3V and 5V lines. Finally, the generated power is transferred to the PCB that holds the cable connectors via a soldered bar, minimizing losses. 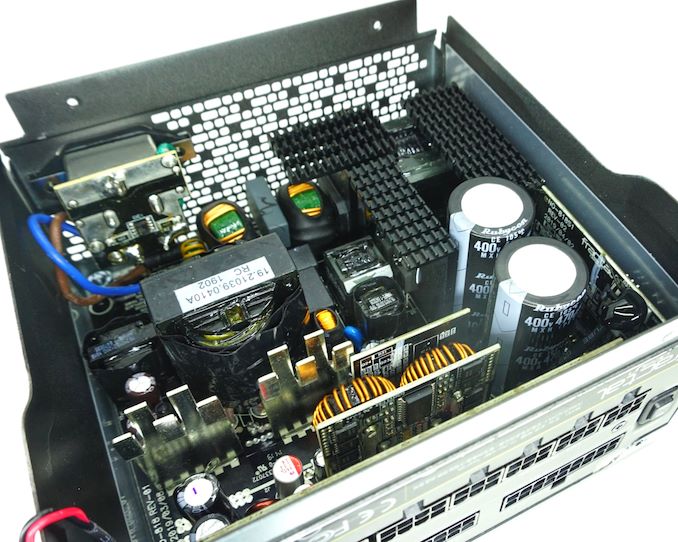