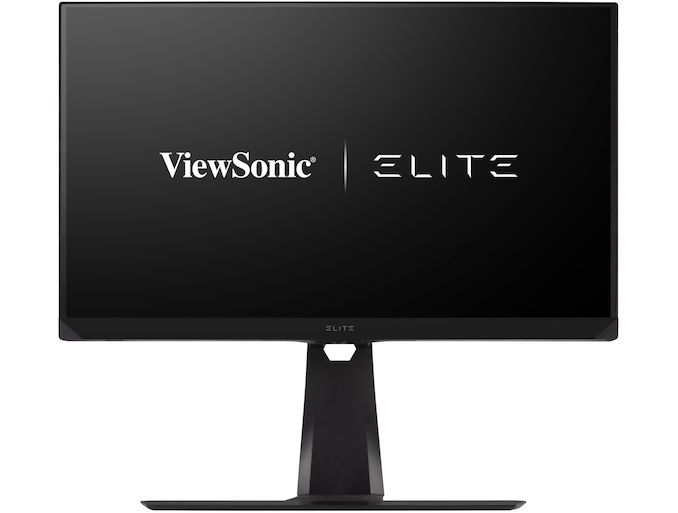 ViewSonic has introduced a new high-end gaming-focused display, the Elite XG270QG. The 27-inch WQHD monitor uses a Nano IPS panel that offers all the flair you'd expect from a gaming monitor, including a maximum refresh rate of 165 Hz with G-Sync support, but ViewSonic is also focusing on color quality as well, supporting a surprising 98% of the DCI-P3 color space. As a result, while the monitor is primarily positioned for gaming, its characteristics should be good enough even for prosumers with color-critical workloads.

The key feature of ViewSonic’s Elite XG270QG display is LG 27-inch Nano IPS panel with a 2560×1440 resolution. The panel and backlighting system supports a maximum brightness of 350 nits, a 144/165 Hz refresh rate (normal/overclocked), and 1 ms GtG response time. Nano IPS panels made by LG feature nanoparticles on the screen’s LED backlighting that absorb excess light wavelengths and according to the company, improve the intensity, purity, as well as the accuracy of the on-screen colors.

Along with a refined backlighting system, the Elite XG270QG can display 1.07 billion colors (8-bit + A-FRC) and covers 98% of the DCI-P3 color space. And, showcasing that ViewSonic isn't just after gamers with the monitor and is looking to tap into the prosumer market as well, the monitor has optional light-shielding barriers on the sides to ensure consistent image quality even in bright ambient lighting. 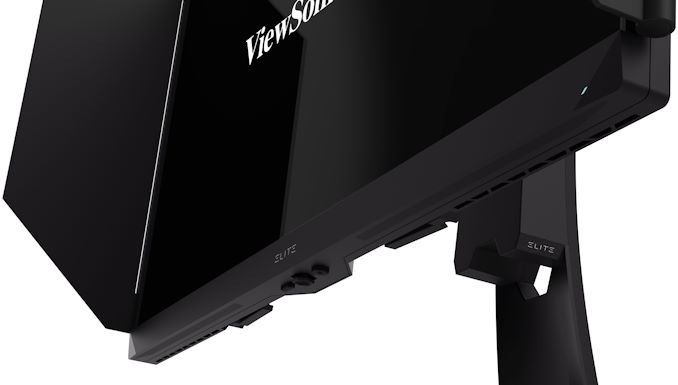 For gamers, it is important that the monitor supports NVIDIA’s G-Sync variable refresh rate technology with up to 144/165 Hz maximum refresh rate. Regrettably, ViewSonic says nothing about the G-Sync range of its Elite XG270QG.

Given its positioning, the ViewSonic Elite XG270QG comes with an adjustable stand featuring an integrated mouse bungee, headphone hook, RGB ambient lighting on the back, and a brushed aluminum base. Meanwhile, the monitor offers the usual input options, with both a DisplayPort input as well as an HDMI input.

ViewSonic’s Elite XG270QG will be available this November at a price of $599.99.