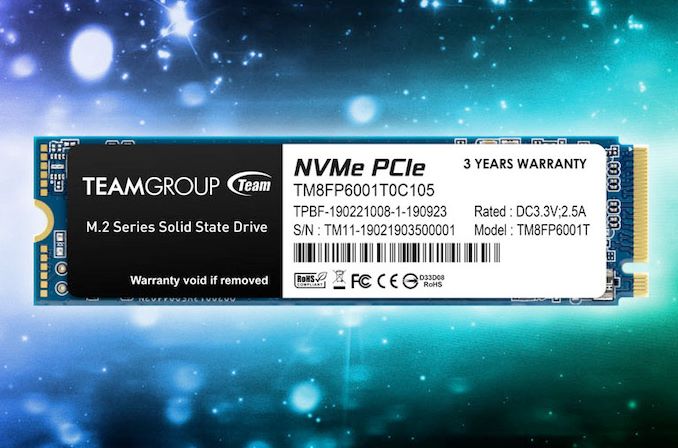 Team Group has introduced its new family of NVMe SSDs aimed at the budget PC market. The new MP33 drives use controllers from Silicon Motion and Phison and will be available in 128 GB, 256 GB, 512 GB, and 1 TB configuration.

Team Group’s MP33 SSDs are based on Silicon Motion’s SM2263XT or Phison PS5013-E13T controller as well as 3D TLC NAND memory from Intel or Toshiba. Using different controllers and memory from different suppliers within one family of drives enables the manufacturer to offer the most competitive prices for all configurations, however the actual performance is likely to differ, making this a difficult product to qualify as users will never know which configuration they are buying.

Since the MP33 SSDs do not feature any heat spreader, they can be installed inside desktops and laptops. Team Group’s MP33 SSDs will be available in the near future from the company’s retail partners. Pricing will depend on exact configuration, but we expect the drives to be priced very competitively.