TE Connectivity, a maker of various connectivity solutions in general and CPU sockets in particular, has revealed its roadmap describing future sockets for what looks like a range of future server processors. The roadmap reaffirms that Intel’s upcoming server CPUs will use LGA4189 sockets and indicates that some form of future CPU will use a larger LGA4677.

TE's LGA4677 socket will be made by the company starting from 2021, and is listed on the diagram as supporting PCIe 5.0. It is noteworthy that according to the manufacturer, LGA4677, LGA4189 and LGA3647 sockets will coexist on the market. This is likely due to long-standing contracts using existing sockets and requiring like-for-like replacements over the lifetime of the hardware. 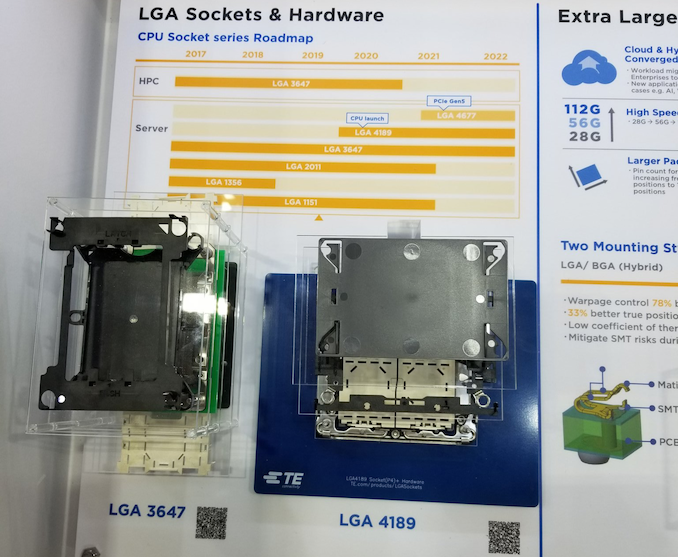 Considering a significant increase in the number of pins featured by LGA4677 (compared to LGA4189 that will be used for Cooper Lake and Ice Lake server CPUs), it is logical to expect it to support processors with a higher TDP. Meanwhile, it is too early to make guesses about exact TDP levels. Alongside improvements in PCIe, we could also consider increases in memory controller counts as a strong indication of more pins.

No large server CPU company has formally confirmed existence of LGA4677 socket in its roadmap.