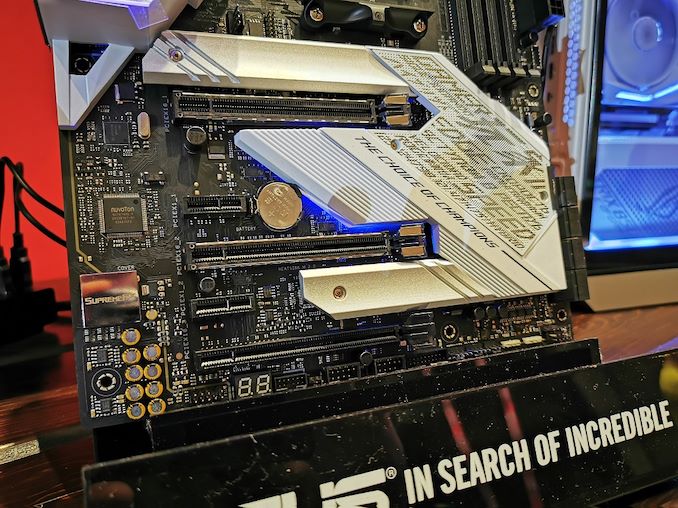 Amid a plethora of ASUS announcements and product showcases at CES 2020, one of the more interesting pieces of hardware on display came on the motherboard side. In what ASUS is currently calling a concept, it had a full system with white components on display, including an X570 Strix motherboard dressed to the nines in white heatsinks and covers.

While ASUS hasn't given much away about which model it's based on. the specifications list include support for DDR4-4400 memory with a capacity of up to 128 GB, with an Intel AX200 Wi-Fi 6 wireless interface, and a Realtek RTL8125-AG 2.5 G Ethernet controller. A SupremeFX S1220A HD audio codec handles the onboard audio, while the rear panel features plenty of USB 3.2 Gen2 connectivity. The PCB, controller layout and overall PCB layout not only resemble the ASUS ROG Strix X570 E Gaming motherboard, but it has identical specifications match between the two boards. 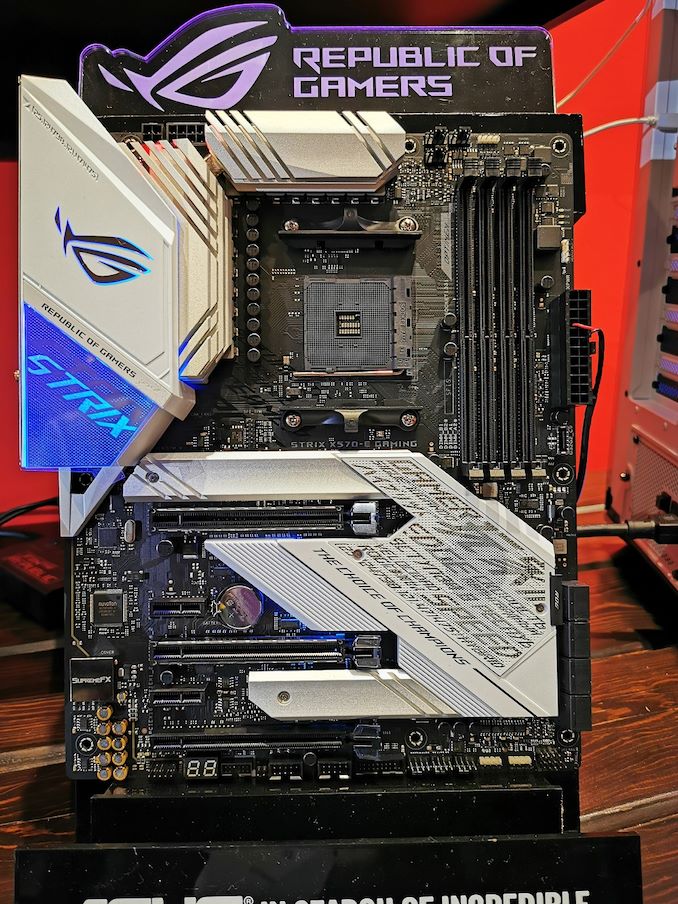 On the rear panel cover is the typical Strix branding with an illuminated Strix RGB logo, while the M.2 heatsinks and chipset heatsink have the Strix inspired graffiti etching. A two-digit LED debugger is located at the bottom, with plenty of headers and connectors for superior connectivity; again, resemblant of the ASUS ROG Strix X570 E-Gaming. As with all other ASUS X570 models, the X570 is actively cooled. 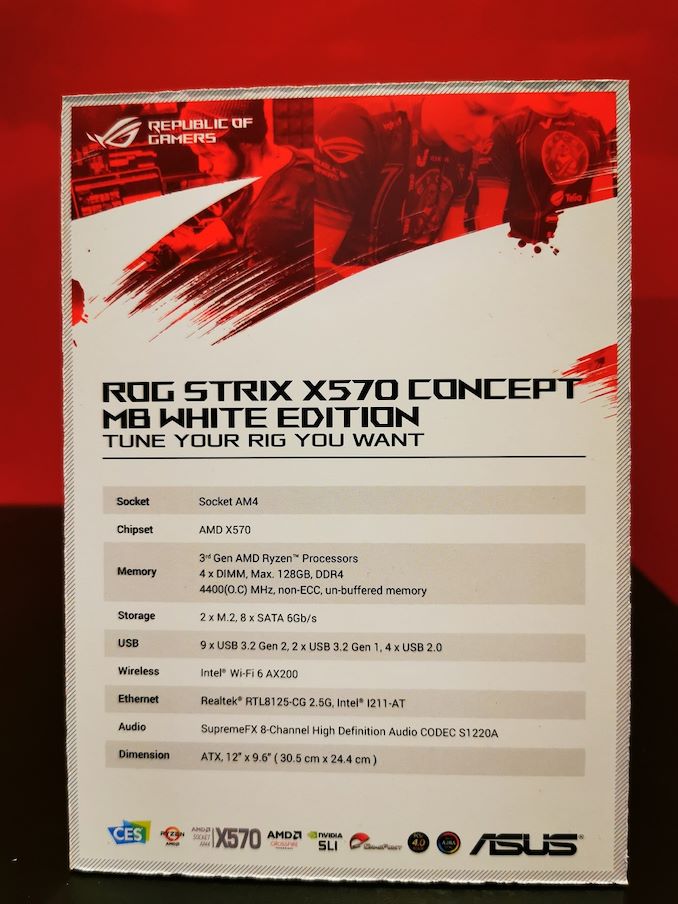 At present, the all-white ROG Strix X570 motherboard is just a concept, but we've seen ASUS release white themed models before including the Prime series, as well as limited-edition versions of its Sabertooths (now TUF). This could be one ASUS concept that makes it to retail, but it still remains to be seen.