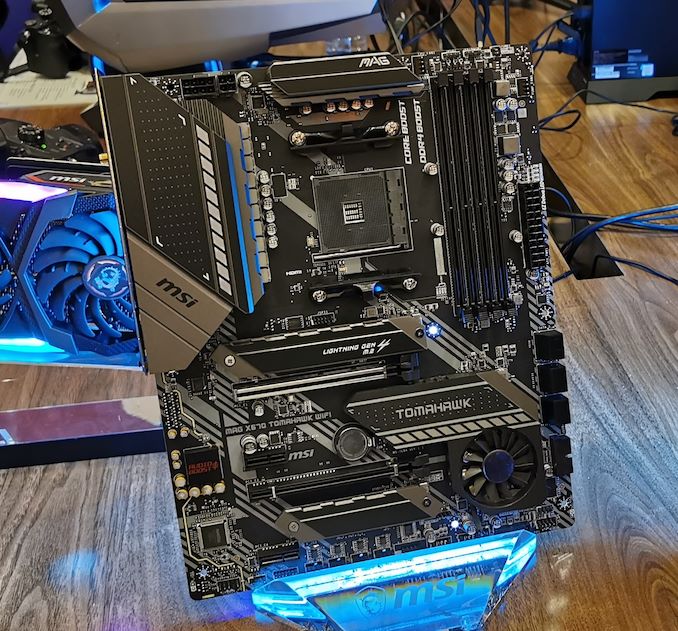 Looking to give AMD Ryzen buyers another affordable option for an X570 motherboard, MSI has brought one of its most popular B series models to the premium X570 chipset. The MSI MAG X570 Tomahawk WiFi will have a 12-phase CPU power delivery, support up to DDR4-4600 memory, and two PCIe 4.0 M.2 slots for just $189.

The MSI Tomahawk series is one that we have seen frequently here at AnandTech, with each iteration featured on the lower end of the AM4 socket models including the AMD's B350, and B450 chipsets. This is the first time the Tomahawk series has been brought to a premium chipset, with the MSI MAG X570 Tomahawk WiFi looking to cater to users looking to save some money over its other premium models while offering X570's main feature; PCIe 4.0 capability.

MSI didn't give specific availability or pricing for the MAG X570 Tomahawk WiFi motherboard, but they did say they expect it to cost around the $200 mark and hit the shelves sometime in Q1 of this year.