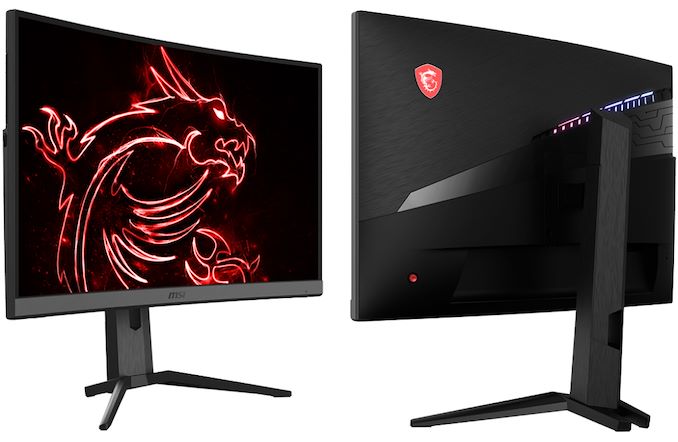 Having announced a number of interesting displays recently, MSI this week unveiled a yet another monitor featuring a rare combination of capabilities. The Optix MAG272CRX is a 27-inch curved monitor that has a maximum refresh rate of 240 Hz and only one direct rival on the market. The launch of the LCD corresponds with MSI’s general strategy to release monitors in less common configurations/markets to avoid the race to the bottom of highly commoditized markets.

The MSI Optix MAG272CRX display is designed for gamers and eSports professionals looking for high-end performance. To that end, the LCD relies on an 8-bit+FRC VA panel featuring a rather aggressive 1500R curvature, a 1920×1080 resolution, 300 nits maximum brightness, a 3000:1 contrast ratio, 178°/178° viewing angles, a 1 ms response time, and a 240 Hz maximum refresh rate. The monitor can display 16.7 million colors and reproduce 89% of the DCI-P3 and 113% of the sRGB color spaces, which is something one expects from a fast VA panel.

A panel with very similar characteristics is used by the Samsung CRG5 and considering the fact that the South Korean company is one of the primary makers of VA panels, it is highly likely that the model Optix MAG272CRX uses the same panel as the CRG5. As a result, the latter has only one direct competitor on the market (at least from a well-known brand), which is positive for MSI.

Being aimed at gamers, the Optix MAG272CRX naturally supports VESA’s Adaptive-Sync technology and is AMD FreeSync certified (for a 48 Hz to 240 Hz range). In addition, the monitor is marked ‘HDR Ready’ (though without elaborating about supported HDR transport) and features MSI’s customizable Mystic Light RGB LEDs on the back. 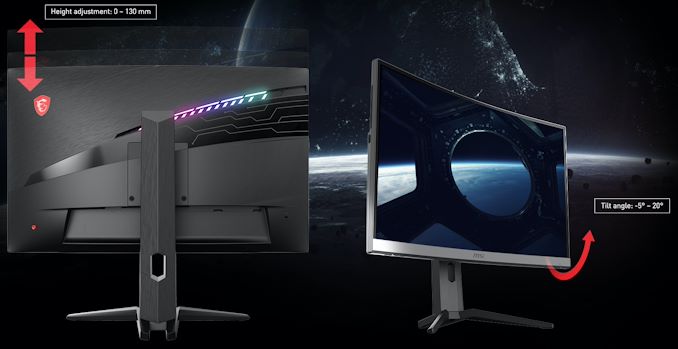 On the connectivity side of things, the LCD has one DisplayPort 1.2a inputs, two HDMI 2.0b ports, and a USB Type-C input (with DP Alt mode and Power Delivery). The monitor also has a dual-port USB 3.2 Gen 1 hub, and a headphone out. As for ergonomics, the stand used by the Optix MAG272CRX can adjust height and tilt, but not swivel.

MSI has announced neither pricing nor availability timeframe of its Optix MAG272CRX curved display. Meanwhile, Samsung’s CRG5 monitor that presumably uses the same panel is available directly from the manufacturer for $369.99, which at least gives us a baseline for expectations.