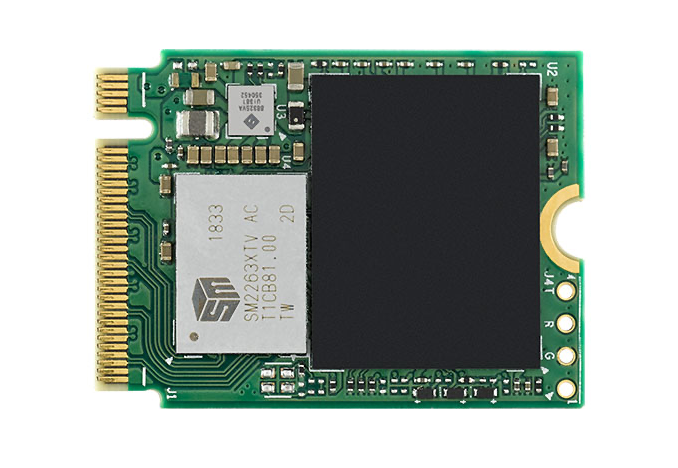 As notebooks are getting thinner and smaller, PC manufacturers require smaller components and therefore demand tinier SSDs as well as densely-packed SoCs. BGA SSDs are of course among the most compact storage devices around, but modular drives offer flexibility for PC manufacturers as well as end-users. To address this need, in recent years SSD vendors have started to offer M.2-2230 form-factor drives for client computers. This week, Kioxia-owned SSSTC unveiled its new CL1 M.2-2230 SSD that is not only fast, but is interesting for other capabilities as well.

Solid State Storage Technology Corp. (SSSTC) is a former SSD division of Lite-On that was acquired by Kioxia Holdings (formerly Toshiba Memory) last September. Toshiba Memory itself often used rebadged or customized controllers from Phison for its SSDs, so usage of SMI’s SM2263XT is interesting. What is also noteworthy is that the Kioxia BG4 SSD (available in M.2-2230 and BGA M.2-1620 form-factors) is actually rated for higher sequential speeds. As a result, Kioxia now has two products competing for the same niche market segment.

SSSTC’s CL1 drives will likely be available shortly, but prices are currently unknown.