Intel Acquires Rivet Networks: Killer Networking is all in for Team Blue

News hot off the wire is that Rivet Networks, the company behind the Killer range of accelerated networking products and analysis tools, is being acquired by Intel. The two companies have been working very closely of late, using a unified silicon strategy for the latest gigabit Ethernet networking silicon and also Wi-Fi 6 add-in cards and CNVi CRF modules for laptops. This new acquisition for Intel will enable an element of Ethernet traffic monitoring and optimization the portfolio has not had before, but it will be interesting to see how Intel hands the acquisition compared to when Qualcomm Atheros acquired Rivet Networks some years ago.

A lot of technology savvy users that have been around a while know about the Killer brand of networking products. The company originally burst onto the scene with an FPGA and a big heavy K heatsink looking to offer lower PC-to-Internet latencies, especially in games. Over time that FPGA became its own ASIC and gigabit Ethernet controller, and the company moved more into the ability to transparently detect and shape networking traffic, allowing high-priority traffic to pass through with the lowest latency, but downloads and streaming to get the lowest latency. Users were able to configure their network, as well as direct traffic through different networking interfaces if two Killer products were supported. 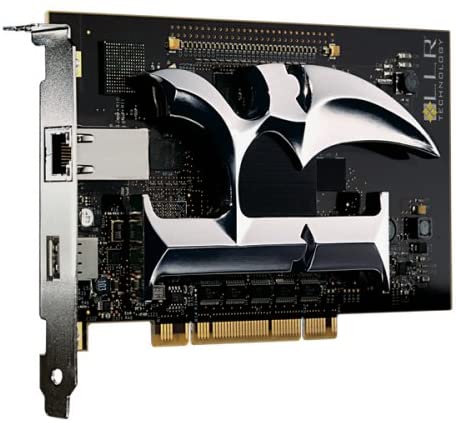 The original Bigfoot Killer NIC in 2006

The company originally started as Bigfoot Networks, and came to market with the Killer NIC in 2006. Qualcomm’s Atheros division, focused on networking, acquired the company in September 2011. The acquisition with Qualcomm gave a lot of access to Qualcomm’s ASIC building capabilities, bringing the power of the NIC down from an FPGA but also increasing the capability of the hardware and software. However, after several years of no product development or generational iterations, the original founders and engineers of the company spun back out of Qualcomm to form Rivet Networks, in an effort to build the Killer branding once again. Originally working with Qualcomm’s Atheros silicon, Rivet Networks started partnering with Intel and Realtek on various parts offering a standard version under the normal brand or the Killer version with additional network detection and shaping capabilities. This led to a resurgence in the capabilities of the hardware, with Dell, MSI, GIGABYTE, ASRock, and other OEMs becoming customers. 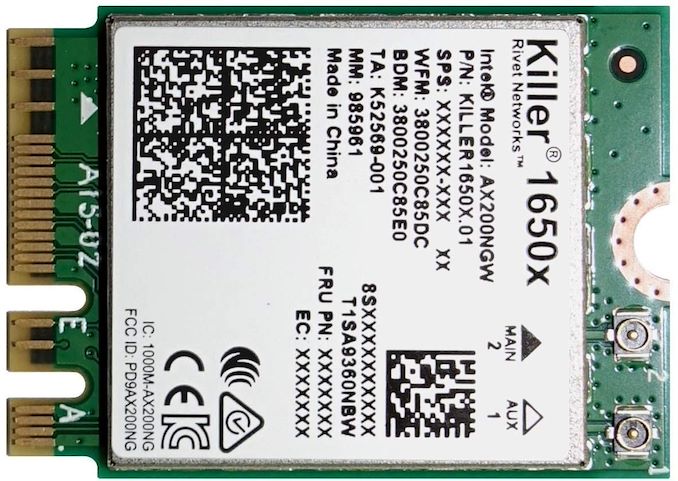 When we saw a Killer NIC in the Dell XPS, the company had truly made it. Dell’s business machines also got access to SmartByte, a special app detection algorithm for Dell end-users and business customers. Rivet Networks have also developed a number of technologies to its portfolio, including supporting switch-like mechanics for multi-controller systems, or Wi-Fi extension services through time-muxing the Wi-Fi modem.

All these technologies will now fall under the Intel umbrella. The Rivet Networks team will join Intel’s Wireless Solutions Group within the Client Computing Group. Given that the two groups have been working very closely with the AX201 and Killer AX1650 networking chips recently, which underneath both use Intel silicon, it will be interesting to see where it all goes from here. I know of a number of plans that the Rivet team were working towards, some of them would be very beneficial to the consumer market, so I hope that Intel keeps the same passion alive.

This news is still breaking, we will update as we get more information

I had an on-the-record call with the Rivet Networks team and Intel, with lots of interesting information. While the value of the acquisition is not being disclosed, talks started in earnest at the end of last year about the right time and the level of synergy between the two companies. There is no mention of personnel, however every person that Intel offered a position too at Rivet took that offer. Rivet's CEO Mike Cubbage will now be Intel's Senior Director of Connectivity Innovations.

Intel is set to keep the Killer brand and integrate it into its portfolio of products. I asked if there were any particular brands that Intel was keen on or not keen on - Intel's Eric McLaughlin, VP and GM of the Wireless Group stated that Intel is interested in all of them, especially in how they've been deployed so far and how Intel can scale them in more places and different ways.

I did ask a question about the integration, given how when Rivet/Bigfoot Networks was acquired by Qualcomm and then had to spin out again in order to drive the product, I was worried Intel might do the same. Mike told me that Rivet's Killer brand strengths back then, and even today, are in the PC and Gaming space, which perfectly aligns with what Intel is focused on. This is different to the previous acquisition, where is was more of a business portfolio play, but this time around Intel looks set on developing the Killer technology into a wide variety of products at scale, something which Rivet wasn't able to do previously.