Synaptics this afternoon is announcing that the firm is acquiring Broadcom’s wireless IoT business unit. The deal will see Synaptics acquire “certain rights” to Broadcom’s Wi-Fi, Bluetooth and GPS products for the IoT market, as well as in-development products and the business relationships themselves. The total bill for the transaction is set to be $250 million, which Synaptics will be paying entirely in cash.

One of the tech industry’s biggest controller suppliers, in the consumer space Broadcom is generally best known (or at least most visible) for its wireless products. The various iterations of the company have produced a number of controllers and chipsets for Wi-Fi, Bluetooth, and other wireless technologies, which have shown up in everything from PCs and smartphones to game consoles and routers. Late last year the company was reportedly planning to sell off its wireless division wholesale, but in recent months has changed its mind and decided to keep the business after securing a major customer win. Instead, it would seem that the company has opted to slice off a smaller part of its wireless business unit, and in turn is selling that to Synaptics.

For its part, according to the company’s press release Synaptics is getting Broadcom’s “wireless IoT” business, which is distinct from their larger wireless unit. Along with current and future hardware for this market, Synaptics is also getting a 60 member engineering support team, as well as limited exclusivity for three years. All told, this is expected to significantly augment Synaptics’ product portfolio, as it will allow them to increase their vertical integration by developing an even larger portion of their IoT hardware and IP in-house. 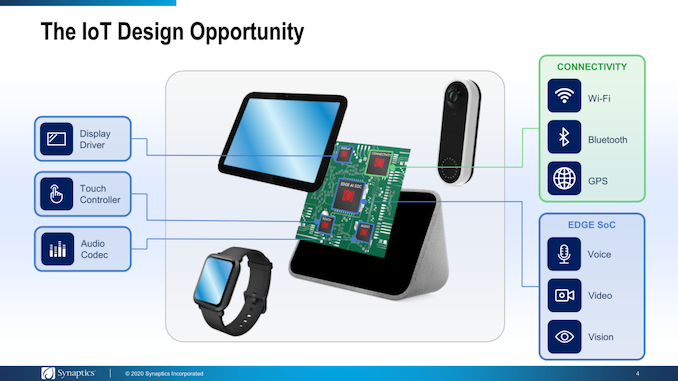 Overall, buying out Broadcom’s wireless IoT unit is the latest in a series of acquisitions for Synaptics, who for the last few years has been in the process of diversifying its product portfolio. While the company is best known for its human interface technologies, such as trackpads and fingerprint readers, in recent years the company has been branching out into the IoT space in order to broaden and diversify their core businesses. This has included buying out Conexant Systems as well as Marvell’s multimedia unit in 2017, wand now Broadcom’s wireless IoT business is set to join them. 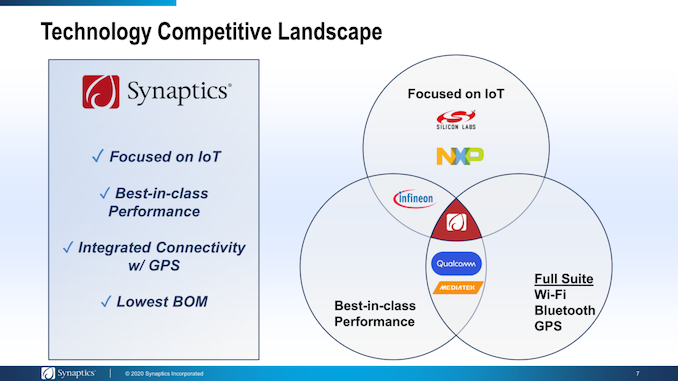 As things stand, the deal is set to close in the first quarter of 2021. Synaptics will be paying for the business unit entirely in cash, with the majority of that coming from the earlier sale of Synaptics’ Touch and Display Integration business.

Meanwhile, on an amusing note, this marks the second time that Broadcom has sold off its IoT business. The company previously sold off its then-wireless IoT business to Cypress Semiconductor in 2016, a deal that eventually closed for $550 million. So while Broadcom doesn’t seem to have much interest in keeping its IoT businesses, the company seems to have found a niche in growing them to sell off.