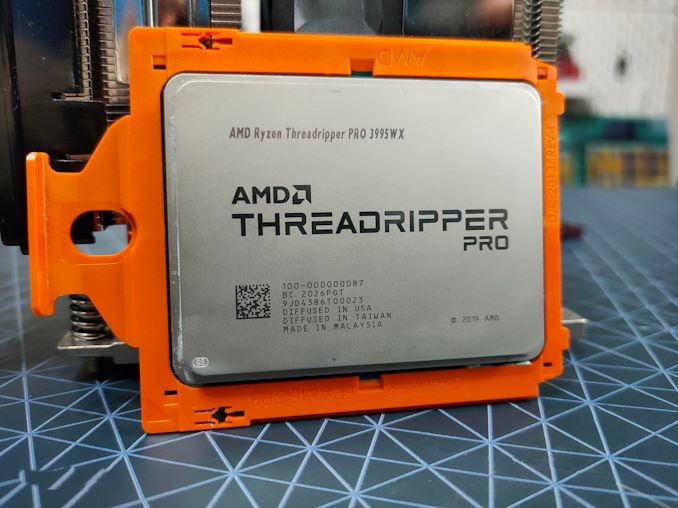 Today AMD is officially going to start offering its Ryzen Threadripper Pro processors at retail, effectively ending the exclusivity deal with Lenovo on the product line. To date, Lenovo is the only company to have offered Threadripper Pro in the Thinkstation P620 platform. In the past few months, beginning with the CES trade show, we have seen three motherboard manufacturers showcase models of compatible motherboards for the retail market, and today is supposed to be the day that systems with those motherboards can be purchased.

At the launch of the Threadripper Pro platform, AMD advertised four different models from 12 cores up to 64 cores, built upon its Zen 2 architecture and mirroring the Threadripper 3000 family of hardware. The Pro element is an upgrade, giving the processor eight memory channels rather than four, support for 128 PCIe 4.0 lanes, support for up to 2 TB of ECC memory per CPU, and Pro-level admin tools. In essence, sometimes it is easier to think of Threadripper Pro more as ‘Workstation EPYC’, as these new processors are aimed at the traditional workstation crowd.

Out of the four processors, only three are being made at retail – that final 12-core processor is going to remain for specific OEM projects only. Pricing for these units is also being announced today, with the 64-core model sitting at $5490, the 32-core model at $2750, and the 16-core model at $1150. 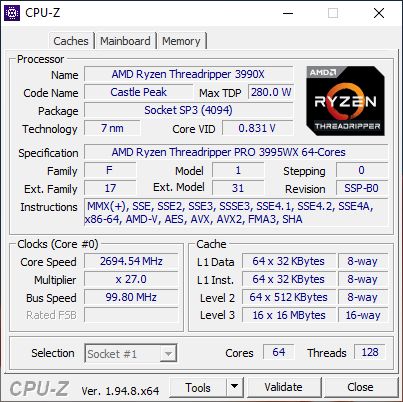 These prices are larger than the equivalent Threadripper processors by up to 40%, despite our benchmarks showing the difference between the 64-core parts actually around 3% on average. This is because of all the extra features that Threadripper Pro brings to the table.

Motherboards from three manufacturers will be made available: the Supermicro M12SWA-TF, the GIGABYTE WRX80-SU8-IPMI, and the ASUS Pro WS WRX80E-SAGE SE WiFi. Prices for these motherboards are currently unknown, however we did have a short hands on with the ASUS motherboard which you can find in the link below. 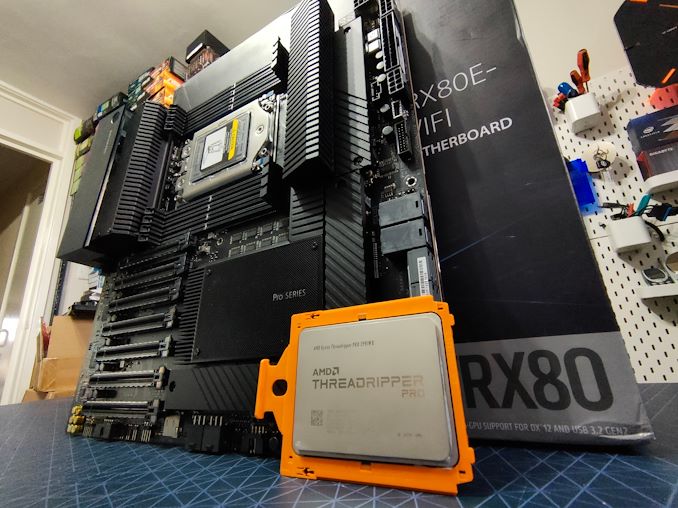 We have already reviewed both the Threadripper Pro 3995WX and the Lenovo ThinkStation P620, which you can find here:

Exactly where and when these CPUs will start at the usual retail places is unclear - we do know that system integrators have been developing configurations with the hardware for several weeks now, so we might see these parts first hit the pre-built area before going fully retail.

We are hoping to get review units for the other CPUs in later this month, along with a few of these motherboards.