Back in July 2019, when AMD unveiled its X570 chipset for its Ryzen processors, it captivated enthusiasts and PC users as the first desktop chipset to feature PCIe 4.0. This brought many vendors wondering how to keep the chipset cool, and all but one (GIGABYTE X570 Aorus Xtreme) came with some form of active cooling. Fast forward to 2021 and the latest iteration of new models dubbed X570S does away with the chipset fan altogether. In lieu of this, ASRock has announced the new PG Riptide series with both an X570S and B550 model designed for gamers. 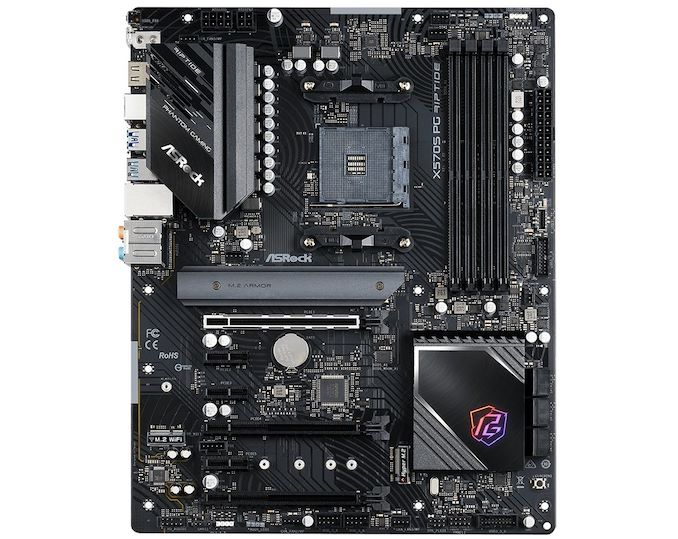 Aesthetics on both models are practically identical, with the X570S featuring a larger square chipset heatsink, with the chipset heatsink on the B550 resemblant of a shield. The ASRock B550 PG Riptide has three full-length PCIe slots, with the top slot operating at PCIe 4.0 x16 and the other two operating at PCIe 3.0 x4/x1, with three PCIe 3.0 x1 slots. Regarding storage, the B550 model has one PCIe 4.0 x4 M.2 slot, one PCIe 3.0 x4/SATA slot, and six SATA ports with support for RAID 0, 1, and 10 arrays. 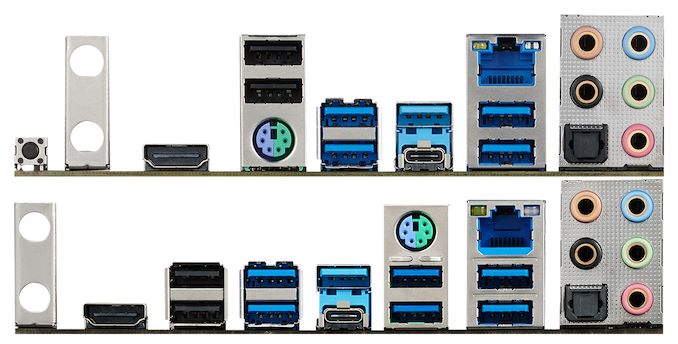 The ASRock X570S PG Riptide has one USB 3.2 G2 Type-C, one USB 3.2 G2 Type-A, four USB 3.2 G1 Type-A, and two USB 2.0 ports on the rear panel. In contrast, the B550 PG Riptide includes the same but with two additional USB 3.2 G1 Type-A ports. Both rear panels include a Killer E3100G 2.5 GbE controller, with space through an M.2 Key-E slot for users to add a Wi-Fi module, while both also use a Realtek ALC897 HD audio codec which adds five 3.5 mm audio jacks and a S/PDIF optical output. There's one HDMI 2.1 video output and a PS/2 keyboard and mouse combo port on both models, while the X570S includes a small BIOS flashback button.

At the time of writing, ASRock hasn't said when the new PG Series X570S and B550 will be available or how much either board will cost.