by Gary Key on July 11, 2006 12:05 AM EST
15 Comments | Add A Comment
15 Comments + Add A
Comment
"Good communication is as stimulating as black coffee and just as hard to sleep after."
This passage from the novel Gift from the Sea by acclaimed writer and aviation pioneer Anne Morrow Lindbergh stirred our thoughts on the many different ways we communicate. While nothing compares to or conveys thoughts or true expressions like face to face communication, it was the telephone that revolutionized our ability to communicate with each other from just about anyplace at anytime. Yes, the printed word, television, and the internet have also revolutionized the means by which we communicate but none of them are as quick or convenient as picking up the ubiquitous telephone.

While we are reviewing the ASUS AiGuru S1 WiFi Skype phone today we will first give a brief overview of Skype's capabilities for our readers who are unfamiliar with the program, as this VoIP phone is designed expressly for the Skype user. Voice over Internet Protocol (VoIP) is a technology that lets you make or receive a telephone call over an IP based network instead of the traditional analog phone line utilizing your computer, a dedicated VoIP phone, or your traditional phone with an adapter. In its simplest form VoIP utilizes IP addresses in place of phone numbers and a broadband internet connection in place of analog phone wire.

Skype is a proprietary peer-to-peer Internet telephony (VoIP) network system that is the brainchild of Niklas Zennström and Janus Friis, the creators of KaZaA, and is now owned by eBay. Skype is one of the largest VoIP providers in the world with over 100 million subscribers currently. The program is available in 27 different languages and runs on Windows, MAC OS X, and Linux platforms. Skype offers free voice, video conferencing, file transfers, and chat capabilities between Skype users. The software is free and can be downloaded from Skype's website.

Skype differs from other VoIP clients in that it operates on a peer-to-peer model instead of the more traditional server-client model. The Skype user directory is decentralized and distributed among the nodes in the network, which means the network can scale very easily without the cost and complexity of a centralized infrastructure. The program has the ability to route calls through other Skype peers on the network, and this allows it to work behind the majority of firewalls and gateways. Skype's encryption system actively encodes all calls, file transfers, and instant messages end-to-end with either 1536-bit or 2048-bit (subscription services) RSA. Encryption is necessary since all calls or transfers are routed through the public Internet. Further information about Skype's P2P telephony capabilities is available if you'd like to know more. 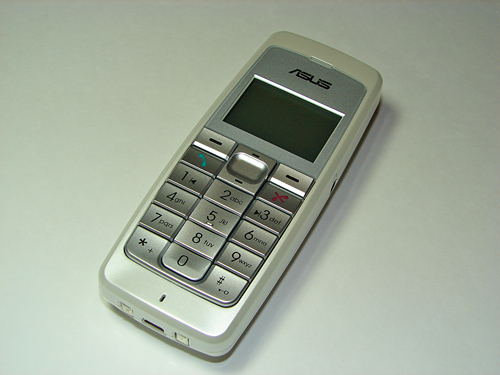 SkypeOut provides inexpensive per minute subscription charges to users with landline or mobile telephones, although users can make free calls within the US and Canada to both landline and mobile phones until the end of 2006 at this time. SkypeIn allows you to purchase your own regular phone number. This concept allows to you have a local number that anyone can call and you answer in Skype no matter where you are located at the time. If you choose a number in New York City but are staying in London then anyone who is in the same area code that calls your number will not have to pay long distance charges. Anyone outside of your area code (unless they have unlimited long distance service) will still pay for long distance charges to your New York City area code but not to London. You can purchase up to 10 numbers with locations just about anywhere in the world.

Other services include Skype Voicemail, Skype SMS, and Skype Zones (allows Skype communications from supported WiFi hot spots). Note that Skype is not considered a true telephony system and therefore lacks 911 call capability. Also, although the program and usage is free between users, you will need a good microphone, headset, and/or supported VoIP phone before using the service. We have found users with desktop or monitor microphones often have audio feedback issues due to speaker placement, making them a less than ideal solution. Headsets generally work the best although your mileage varies based upon their quality, and Skype specific VoIP phones are now being introduced into the market in volume.

Now let's take a closer look at the basic features of Skype and the performance of the ASUS AiGuru S1 phone.