We looked at a couple of BenQ LCDs last year and were generally pleased with their features, pricing, and performance. The E2200HD and E2400HD were among the first 21.5" and 24" 1080p computer LCDs to hit the market, and since that time we have seen a veritable deluge of similar displays. Pricing has dropped even further, and if you're not super concerned with image quality you can basically grab any of the current crop of 21.5" to 24" LCDs and walk away pleased with your purchase. The short summary of what you get is:

The last four items in that list can be summarized with one simple statement: these inexpensive LCDs all use TN panels. There tend to be two types of display users, those that care a lot about image quality and those that really have no idea what image quality means. The latter are not necessarily wrong or uninformed; they just don't care enough about such things to worry about low-level details and they will usually be happy with any current LCD purchase. These are the type of users that give 5-star reviews to pretty much every LCD on Newegg, as an example. I say good for them and enjoy your inexpensive LCD. In truth, I use TN panels on a regular basis (pretty much every laptop out there uses a TN panel), and while I might notice the difference initially it will fade from conscious thought after a few minutes.

For those that want something better, the choices are far more limited… and far more expensive. Upgrade from a TN panel to a similarly sized PVA or IPS panel and you can usually count on spending 50% to 100% more - or more! - on the purchase. That might be perfectly acceptable if the PVA/IPS panels were all universally better, but that's not always the case. Color accuracy is almost random it seems, with some IPS panels scoring exceptionally well, PVA panels running the gamut from great to average, and TN panels that likewise fall anywhere from excellent to mediocre. Viewing angles always favor IPS and PVA panels over TN panels, especially in terms of vertical viewing angles. Color gamut is tied to the backlight used in the panel, so you can have poor or great color gamut with any panel technology. Last but not least is image processing speed, and here's where things get interesting. 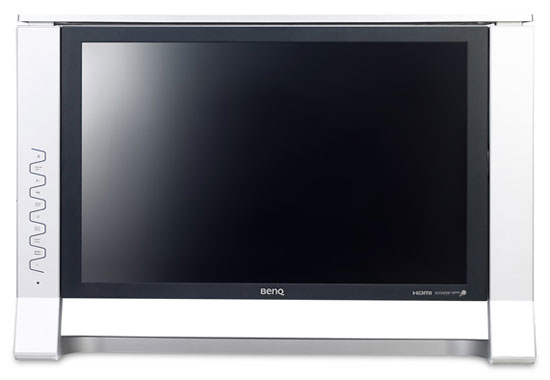 To date, the fastest panels in terms of image processing speed (frequently referred to as "input lag") are all IPS or TN panels. These displays are essentially equal and very few people would notice any lag. PVA panels are a different story, unfortunately, with lag ranging from 20 to 50 ms in testing. That means if you purchase a PVA display, you should plan on your display running 1 to 3 frames behind your current input. Most people associate this lag with gaming, and it can certainly affect your performance in fast-paced, competitive games. If what you see is actually three frames behind the current action - and add in networking lag and other types of lag and it could be delayed five or more frames! - you could end up with a competitive handicap. However, it's not just a problem with gaming. Even in general computer use, a laggy display can make it seem like your mouse is sluggish. Personally, PVA panels with 40+ ms of processing lag feel like the early wireless mice, where there was a small but perceptible delay between moving the mouse and seeing the result on screen. Doing precise image editing, as another example, is an area where faster display processing times are desirable.

The vast majority of LCDs these days are TN panels, and the trend appears to be moving even more in that direction. With a soft economy, many are looking for any way to save money, and even those who really like quality displays may be willing to settle for a less expensive TN panel. S-PVA panels all come from Samsung (they hold the patent on the technology), while IPS displays come from a couple manufacturers. Similar to PVA is a lesser-seen panel type called MVA (A-MVA), and these panels also come from one source: AU Optronics. Some users prefer PVA/MVA images over IPS, for whatever reason, so while my personal preference tends to IPS I was excited to finally have an opportunity to look at an A-MVA panel.

BenQ is one of the retail arms of AU Optronics; they shipped me their FP241VW several months back, and I began testing. Before I could finish with the review, unfortunately, I was informed that the model was being discontinued. However, while that makes the review of the FP241VW less meaningful, AU Optronics still has A-MVA panels and these show up in other displays. That being the case, I felt it would be good to discuss some of the highlights of the A-MVA panels and show limited testing results for the BenQ FP241VW. Why would that even be useful? As you might have guessed there are some interesting performance characteristics to discuss.