The SSD battles continue unabated, with SandForce, Crucial, Intel and others vying for supremacy. Our first encounter with the C300 series showed some impressive results, particularly in the sequential read tests where the SATA 6Gbps interface allowed a single drive to break the 300MB/s barrier. While there were some teething issues with firmware initially, the latest revisions seem to have cleared things up and prices are generally competitive. One of the biggest benefits of SSDs is the increase in performance for general Windows/OS tasks, and to that end many users are interested in a lower capacity SSD that can still offer good performance.

To date, the least expensive SSDs worth consideration have come in at around $100 give or take. We looked at several contenders, consisting of the Intel X25-V 40GB, the Kingston SSDNow V Series 30GB, and the OCZ Onyx. Intel obviously uses their own controller, Kingston uses a Toshiba controller, and OCZ uses the Indilinx Amigo (essentially half a Barefoot) controller. In terms of price per Gigabyte, Intel charges $2.96/GB, Kingston $3.00/GB, and OCZ leads at $2.50/GB. Depending on the workload, all three are viable options and should substantially boost performance over conventional hard drives. 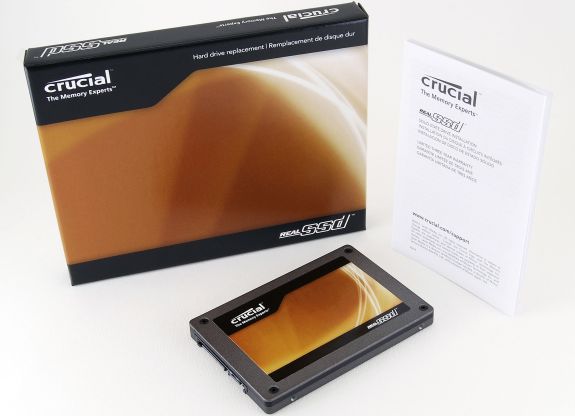 Perhaps the biggest issue many have with these SSDs is their total capacity; even with 40GB Intel is still on the small side in my view—my daily use laptop uses 40GB for the Windows, Program Files, and ProgramData directories, and having some spare area is always a good idea. Crucial is partnering with Lexar Media and is now shipping their 64GB RealSSD C300 for $150, or a price of $2.34/GB. That makes it one of the lowest prices per GB for a viable SSD, and with 64GB it can actually store enough data to work in most laptops.

Like the other budget SSDs, the 64GB C300 isn't going to be as fast as the 128GB and 256GB models. The reason is parallelism, as the lower capacity drives are not able to read/write as many NAND devices at a time. This primarily hurts in write-heavy scenarios, and the 64GB C300 is still rated for read speeds of up to 355MB/s and write speeds up to 75MB/s. While we wait for 25nm NAND devices to double capacities at current price points, the 64GB C300 is a very tempting option that's available now.