Intel is no stranger to raytracing - we've seen demonstrations such as Quake IV ported to an Intel-designed raytracer along with a number of other demos in the past. The promise of raytrace renderers over today's more conventional raster engines for games and desktop 3D has always been increased realism and theoretically near linear scaling. Of course, the problem until now has been that raytracers haven't been able to maintain playable framerate at desktop resolutions. 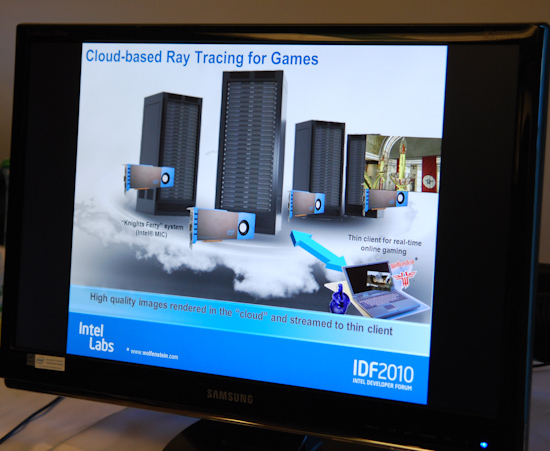 Yesterday Intel demonstrated a new example of raytraced graphics on the desktop using a raytrace rendered version of Wolfenstein. This time, it was based around a cloud-centric model where frames are rendered on 4 servers, each with a 32-core codename Knight's Ferry silicon at the core.

Knight's Ferry is a Many Integrated Core (MIC) architecture part intel showed off at the International Supercomputer Conference this year with 32 logical cores. 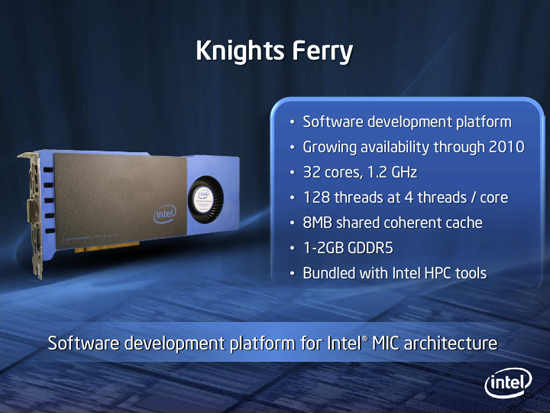 We saw the Wolfenstein demo raytraced at 1280x720 and averaging between 40 to 50 FPS, all being rendered on four servers with Knights Ferry at the core. Intel showed off the game visualized on a Dell notebook. All of the frames are sent to the thin client notebook over ordinary gigabit ethernet. 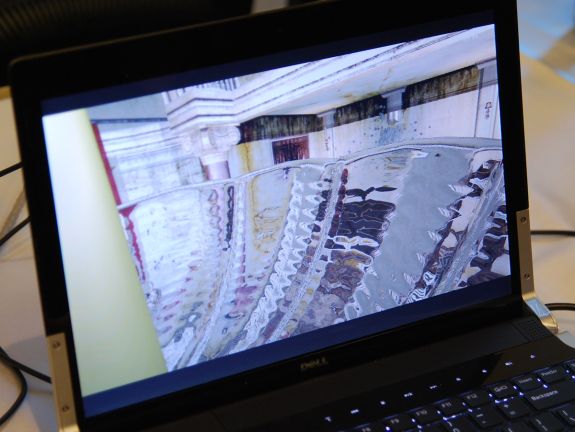 Interesting visual features of the Wolfenstein raytracer include physics-correct refractions and reflections at interfaces like glass and water - taking into account the actual index of the material. and very recursive examples like a surveillance station camera with the surveillance station inside it. Check out the gallery for those examples, screenshots, and more.

Fixed a major typo (thanks everyone for catching that)! For more info check out the project's homepage.