The NAS package was quite spartan. The contents of the box included the following:

The storage server unit weighed in around 8 Kg, but was surprisingly diminutive considering that it packaged 5 3.5" hard drives inside. LaCie has always been known for its excellent industrial design, and the 5big storage server is no exception. It is beautiful to look at, but we all know that in the NAS area (particularly in professional file sharing appliances), looks are never the factor in a purchase decision. 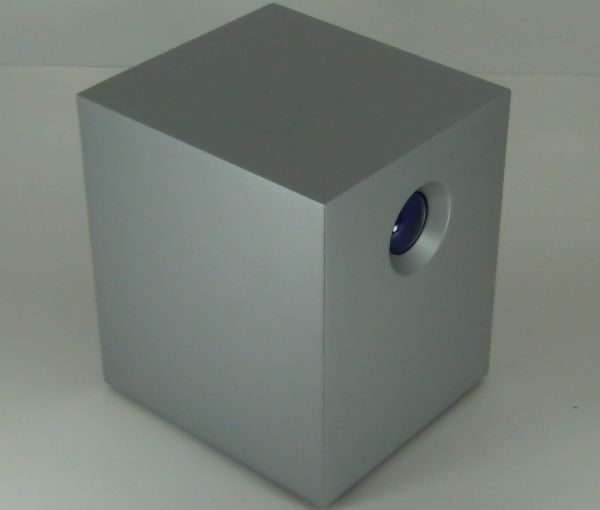 The blue LED lamp up front seemed a touch annoying in the beginning, but its brightness could be controlled from within the OS. It also doubles up as a switch to power up the appliance. Thankfully, it is recessed to ensure that the unit is not accidentally switched off.

Considering that the NAS comes with dual GbE NICs, it would have been nice if LaCie had packaged in 2 Cat 5E cables instead of just one. The diminutive size of the appliance is enabled by going in for an external PSU. This is one of the bulkier power supplies you are likely to encounter, rated at 150 W.

The Quick Start Guide provided by LaCie is good enough for a company without dedicated IT staff to get the unit up and running. However, Windows Storage Server 2008 has a lot of features. End users who are not familiar with NAS units are likely to get overwhelmed. Though LaCie does carry some technical briefs to set up RAID configurations and NFS / SMB / AFP shares, we would have preferred a FAQ to be created. We encountered quite a number of issues which weren't covered in the technical briefs, particularly for iSCSI setup.

Our review unit had 5 Seagate Barracuda 7200 rpm 1 TB drives bundled inside. Our understanding is that Seagate drives are not exclusive for the 5big server, as we have seen some units with Samsung drives inside them. 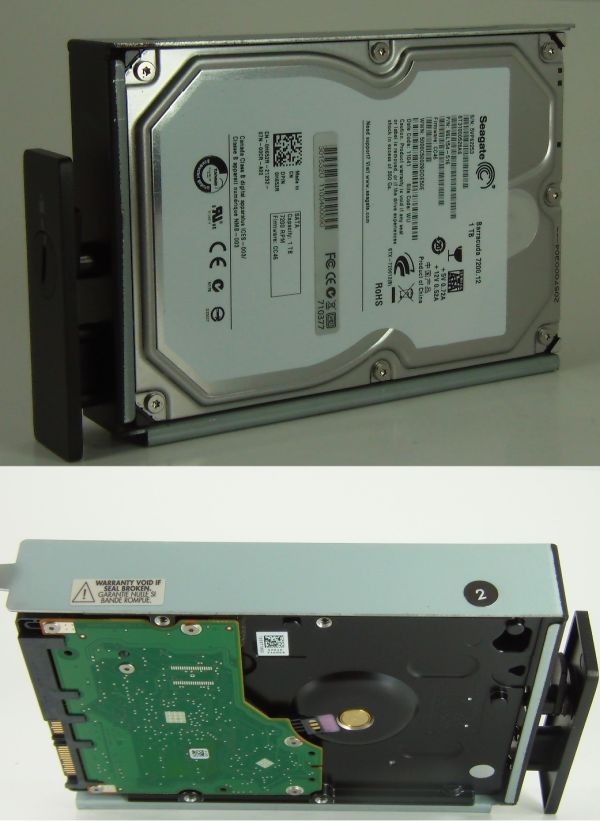 As can be seen in the above picture, the drives are not user replaceable without voiding the warranty. Considering the premium that LaCie demands for these standard 1 TB drives, we found the restriction a bit harsh. However, LaCie offered us the reasoning that they wouldn't want to service a unit with some drives not officially sanctioned by them.

As mentioned in the previous section, the 5TB version of the NAS has around 3.5 TB space for data. The Server Manager program can be used as a one-stop shop for all the management tasks. The disk management snap-in shows how the disks are partitioned in the default setting. 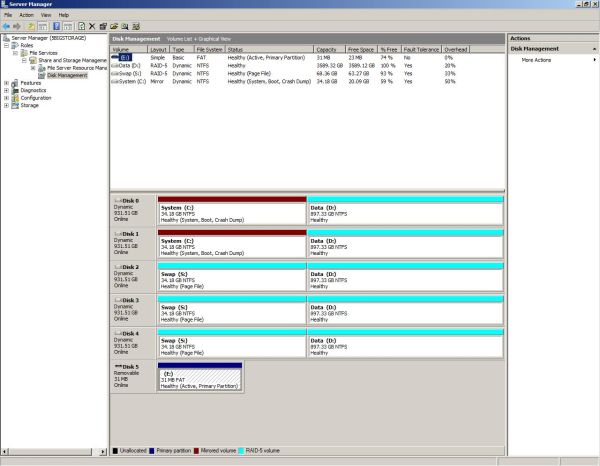 The Hardware Monitor program serves as a way to adjust the fan, LED and power management settings. 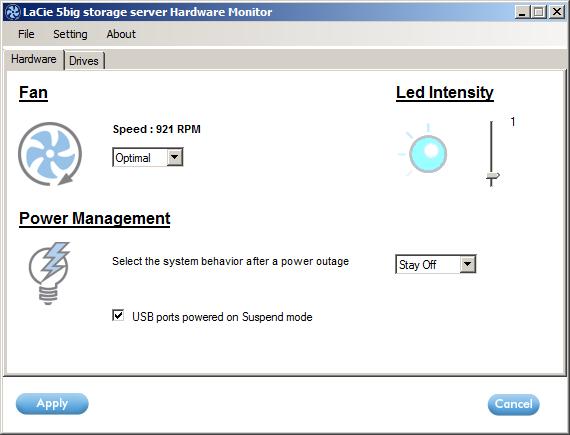 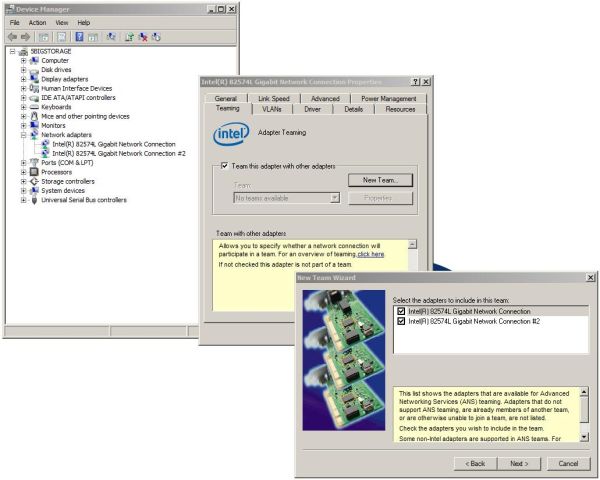 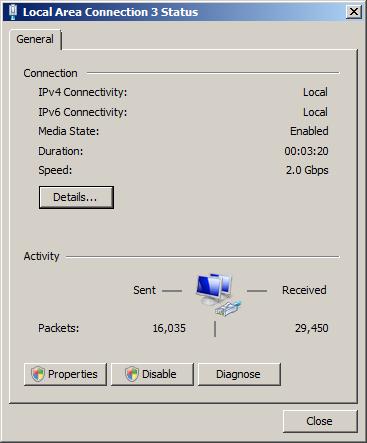 In the next section, we will explain our testing methodology and how the testbed setup gets connected to the 5big storage server configured as above.