A couple of months ago our resident smartphone guru, Brian Klug, told me about a super affordable, Korean made 27-inch 2560 x 1440 display that used the same panel as Apple's 27-inch Cinema and Thunderbolt Displays. Brian first heard about the displays in the comments to our review of HP's ZR2740w. You lose nearly all of the frills (no USB, no Thunderbolt, no inputs other than DL-DVI) but what you get is a great looking, high-resolution display for around $300. A good friend of mine, Manveer, ordered one of these displays and brought it over the other day. I ran a few quick tests on it and decided to toss up some data and shots here. 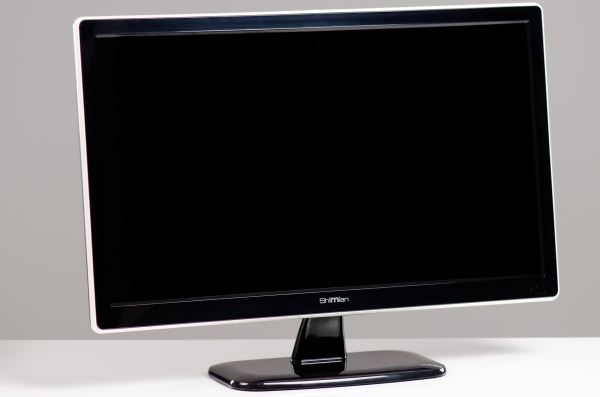 Manveer picked up the Achieva Shimian QH270. It features an LG made S-IPS panel with LED backlight, the same hardware used in Apple's 27-inch displays. The panels used in these displays often have dead pixels, although the eBay seller that Manveer bought from offered a guarantee of 0 dead pixels for an extra $30. With his total (including shipping from Korea) at $334, the display was a steal.

Brightness tops out at 400 nits, and black levels are just as good at below 0.4 nits for a total contrast ratio of over 1100:1. You'll note that this is actually better than the first Cinema and Thunderbolt Displays I reviewed, but it's also likely that the panels have improved over the past year. 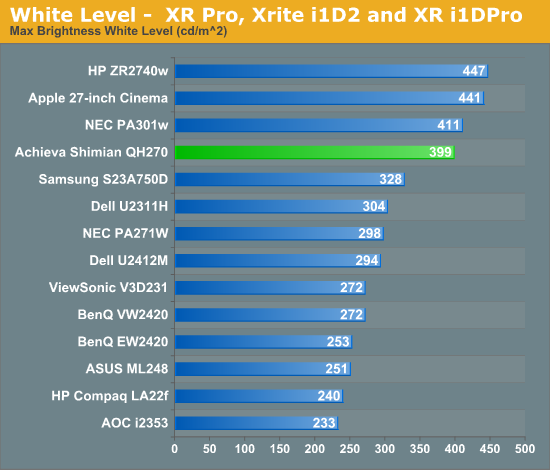 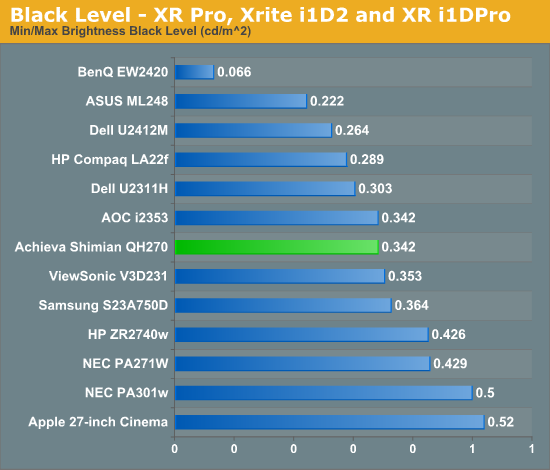 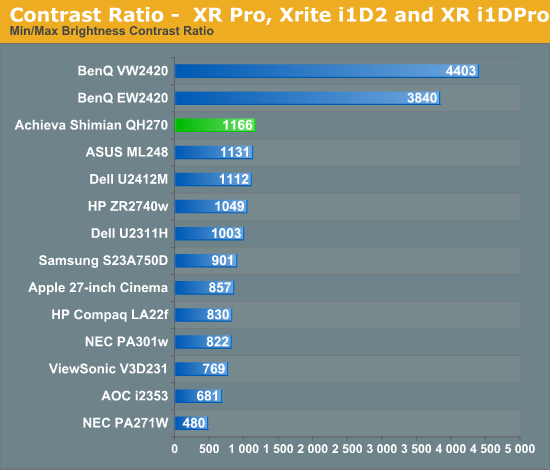 Color accuracy is spot on with the Apple displays, and color gamut is pretty good at 74.8% coverage of the Adobe 1998 color space: 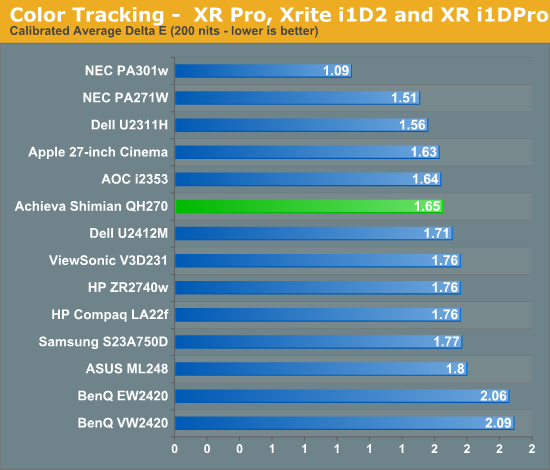 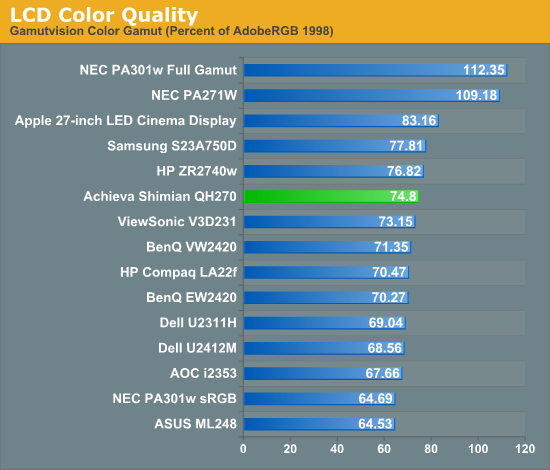 The monitor performs extremely well, and this particular model had no issues with backlight bleeding although your mileage may vary there. As I mentioned earlier, you only get a dual-link DVI input which is unfortunate but something I'd be willing to overlook given the price. The cheapest models also don't have any integrated scaling hardware, you have to instead rely on your video card for all scaling duties. You also need to make sure that you buy one with the right power supply for your region. Many of these panels sold on eBay ship with a 240V-only power brick. 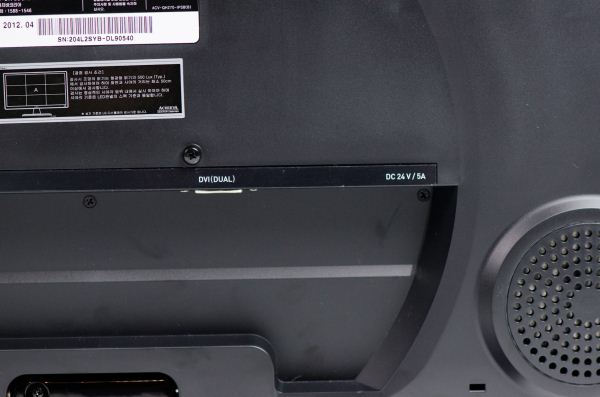 The Achieva's build quality isn't all that great, and doesn't ship with any top glass (which may not be a problem for many users). The display looks pretty good and for the amount you save you could actually buy a ridiculously fast video card to drive it (or multiple displays). I don't usually touch my monitor a lot so I wasn't overly bothered by the build quality. The Achieva's stand isn't height adjustable, and doesn't tilt all that smoothly either. From what Brian tells me, the more expensive Catleap's stand isn't really worth the extra money either. I'm a big proponent of having a height adjustable chair and desk for ergonomics, in which case having a fixed height display isn't an issue. 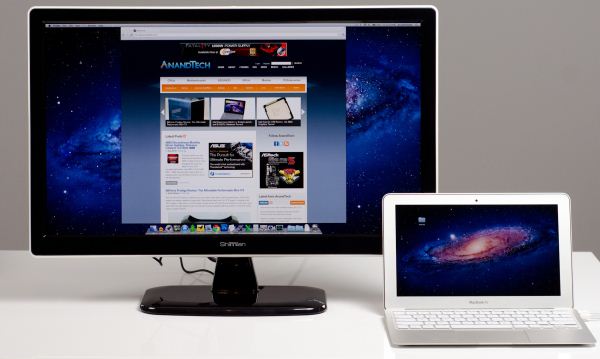 Although it's often problematic with non-Apple displays, Apple's mini-DP to dual-link DVI adapter actually worked perfectly with the Achieva display.

If you're looking for an affordable, bare bones 2560 x 1440 display, definitely give the Achieva Shimian QH270 some thought. Just keep in mind the caveats associated with these displays (potential for dead pixels, unimpressive build quality, limited input choices, no easily serviceable warranty, etc...).