So we’ve talked about the high level appearance and industrial design of the Galaxy Note 2, but I think the question on everyone’s minds is what it’s really like to use such a large, nearly novelty-sized phone. As I noted in the introduction, I have no problem pocketing the Note 2, in fact, I have no problem getting the Note 2, a Note 1, and an iPhone 5 all in the same pocket in my jeans or favorite pair of shorts. Of course, whether this is something a given individual can pull off is a function of clothing and comfort. 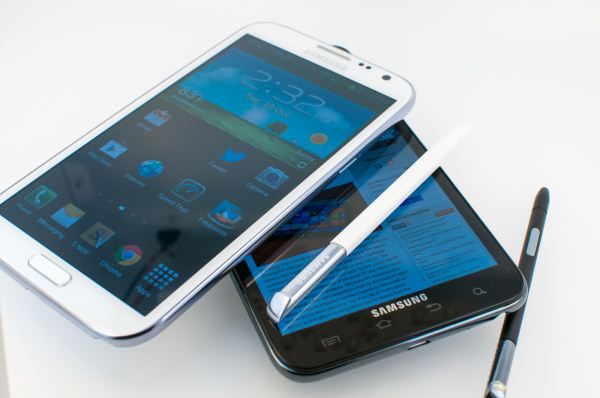 I did mention in the introduction however that I think the Note 2 is something of an upper bound for overall smartphone size. This is really because any larger and it could start to become unwieldy. At present I can palm the Note 2 and hold it securely in one hand, but it really is best used two-handed. The slight change in width and thickness between the Note and Note 2 make it slightly easier to handle, but not dramatically so. The biggest friction point between the Note 2 and other phones is honestly that going back to them warps your sense of reality — the Galaxy S 3 now feels small (never thought I’d write that in a sentence) and the iPhone 5 smaller still. I guess size is all relative and after a week of adaption to the Note 2, switching back to a smaller device and display for one of my other lines feels downright surreal.

The other reason I believe the Note 2 is an upper bound for size is something a bit more American. I usually place my smartphone in the main cupholder of my F–150 while driving, and I can’t think of a more fitting unit of measure than the width of that cupholder. It sounds a bit odd, but the Note 2 is too large to fit inside, it kind of just flops around. If my cupholder can accommodate a 64 fl-oz (1.89 L) double gulp diet coke, but not the Note 2, I think that’s saying something profound. 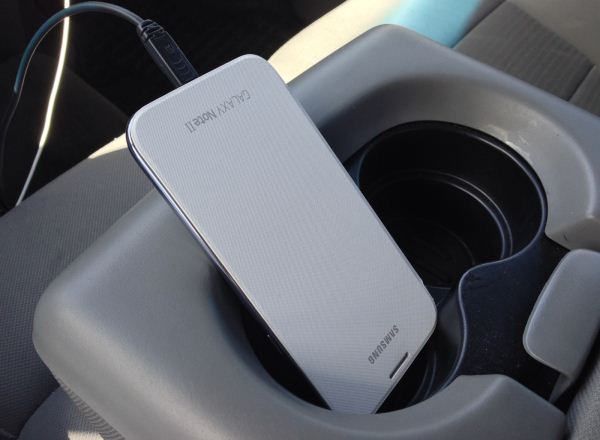 At the same time I’ve never felt like I was going to snap the Note 2 in half when bending over with it in my pocket. Like the Galaxy S 3, exterior material choice by Samsung would leave you thinking that there’s cheap plastic which abounds, but the Note 2 (like Galaxy S 3) actually has minimal flex or play when stressed and torqued around. In addition the design emphasis on lowering mass again makes it even less likely to pop when dropped (less gravitational potential energy U=mgh, less energetic transfer into the case). 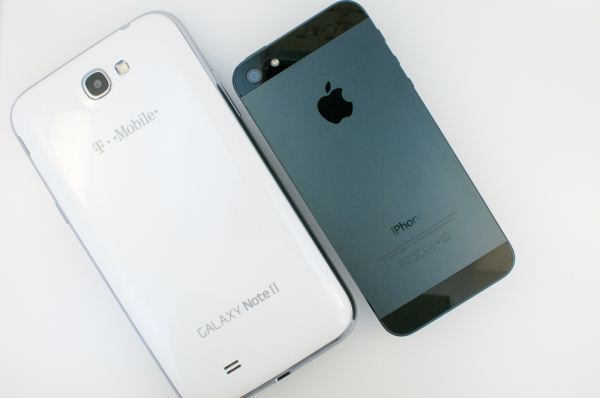 Jokes about size aside, the Note 2 is indeed quite large, but not unmanageably so. The original Note proved that there’s at least one middle point between a 7 inch tablet and 4 inch smartphone form factor that does resonate with people. I fully expect the Note 2 to gain a vocal following the same way the original Note did. There’s something about this larger form factor that draws out both vocal approval and condemnation from everyone, but to me that’s just an indication that there is still much space for innovation in the smartphone space, and things haven’t totally settled down yet.