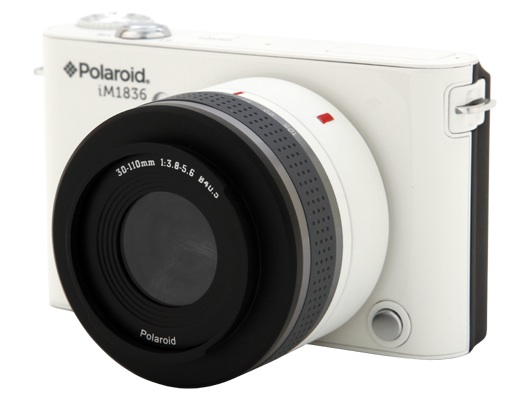 Polaroid has been struggling to define itself in the last … well, few decades. In the pursuit of new markets, they’re blazing a trail to become the first interchangeable lens Android camera to come to market. The 18MP camera will ship during the second quarter of 2013, and retail for $349 as a kit with a 10-30mm lens. The mirror-less shooter is unique by including its sensor within the lens, itself (not encouraging in terms of sensor size). Later in the year Polaroid plans to release a telephoto lens and a 50mm prime; and eventually they plan on providing an adapter to fit competitor’s lenses.
As for the operating system, the Jelly Bean build is modified to create three different modes, a shooting mode, an editing mode and an app mode. WiFi and Bluetooth are on hand for connectivity, but there’s no current plans for wireless broadband options. Polaroid didn’t have a huge amount of technical details for us, but we’ll try and chase down more information as soon as we can.
Tweet
PRINT THIS ARTICLE
Comments Locked