The Kabini Deal: Can AMD Improve the Quality of Mainstream PCs with Its Latest APU? 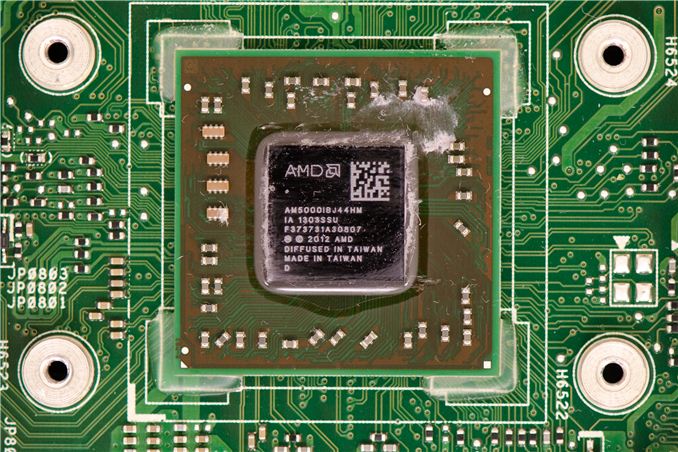 There are two non-negotiables in building a PC these days: the cost of Intel silicon and the cost of the Windows license. You can play with everything else but Intel and Microsoft are going to get their share. Those two relatively fixed costs in the PC bill of materials can do one of two things: encourage OEMs to skimp on component cost elsewhere, or drive the entire ecosystem to supply higher quality components at lower prices. If you’ve been following the PC industry for the past decade, I think we’ve seen more of the former and less of the latter.

Apple occupying the high-end of the notebook PC space has forced many OEMs to reconsider their approach, but that’s a more recent change. What AMD seems to offer is an easier path. AMD will take less of the BoM, allowing OEMs to invest those savings elsewhere - a move Intel will never make. Given how much pressure the PC OEMs have been under for the past few years, AMD’s bargain is more appealing now than it has ever been.

While AMD hasn’t disclosed OEM pricing on Kabini (similarly, Intel doesn’t list OEM pricing on its mobile Pentium SKUs), it’s safe to assume that AMD will sell Kabini for less than Intel will sell its competing SKUs. If Kabini’s die size is indeed around 107mm^2, that puts it in the same range as a dual-core Ivy Bridge. AMD can likely undercut Intel a bit and live off of lower margins, but there’s one more component to think about: Ivy Bridge needs its PCH (Platform Controller Hub), Kabini does not. As a more fully integrated SoC, Kabini’s IO duties are handled by an on-die Fusion Controller Hub. Intel typically charges low double digits for its entry level chipsets, which is money AMD either rolls into the cost of Kabini or uses as a way of delivering a lower total cost to OEMs.

Traditionally, OEMs would take these cost savings and pass them along to the end user. I get the impression that AMD’s hope with Kabini is for OEMs to instead take the cost savings and redeploy them elsewhere in the system. Perhaps putting it towards a small amount of NAND on-board for a better user experience, or maybe towards a better LCD.

As we found in yesterday’s article, Kabini does a great job against Atom and Brazos. However, even with double digit increases in performance, Kabini is still a little core and no match for the bigger Ivy Bridge parts. Much to our disappointment, we pretty much never get sent low end hardware for review - so to make yesterday’s NDA we had to stick with 17W Ivy Bridge and extrapolate performance from there. In the past day I grabbed an ASUS X501A system, a 15-inch entry-level machine priced in the low $300s. More importantly, it features a 35W Ivy Bridge based Pentium CPU: the dual-core 2020M. 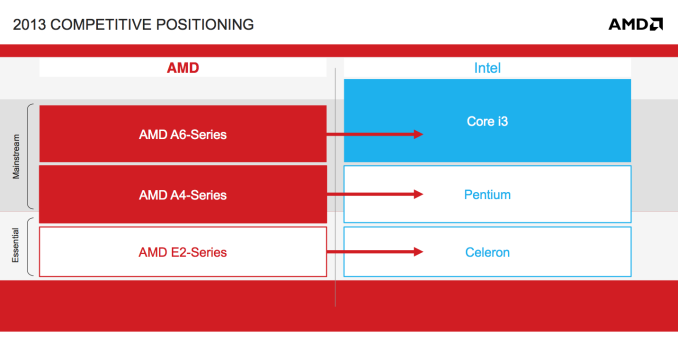 The Pentium 2020M’s base clock speed is still relatively high at 2.4GHz, but there’s no turbo. In the low level CPU performance analysis yesterday I used a Surface Pro with a 17W 1.7GHz Core i5, but max turbo on that part can hit 2.6GHz. I actually don’t expect there to be huge CPU performance differences between the results from yesterday and what I have here but I wanted to be sure.

The bigger difference is actually on the GPU side. While a mobile Core i5 comes with Intel’s HD 4000 graphics, the Pentium 2020M gets a vanilla Intel HD GPU. At 22nm, Intel’s HD graphics is a 6 EU part with lower performance than the previous generation Intel HD 3000.

With that said, let’s see how Kabini (AMD’s A4-5000 in particular) compares to an Ivy Bridge based Pentium 2020M in CPU performance, GPU performance and finally in power.