NZXT has been on a bit of a tear with new case releases this year. The last addition to their Phantom family, the Phantom 630, turned out to be something of a grand slam: it was in virtually every way a better case than its slightly bigger, more expensive predecessor, the Phantom 820. Meanwhile, the entry-level Phantom 410 had turned out to be a surprisingly solid little offering in and of itself. Seemingly intending to have a Phantom at virtually every price point, NZXT now offers the Phantom 530. At $129 this full ATX enclosure definitely offers a healthy amount of value, but I'm getting the feeling the Phantom brand is starting to get oversaturated. 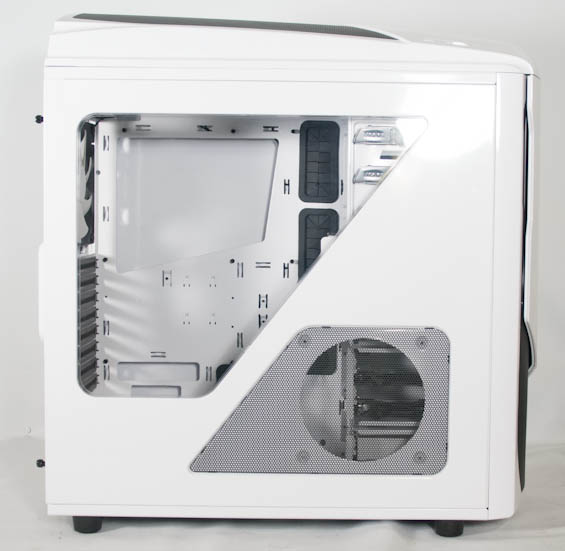 It's not really any great mystery as to why the Phantom brand would be aggressively pursued by NZXT; it's been good to them. Phantoms are distinctively designed and very feature rich cases, and NZXT has done a fine job distilling the essence of the aesthetic into cleaner and more attractive products. With the 530 we're another step more accessible, and NZXT has definitely played an intriguing balancing act in terms of bringing features and performance to a lower price point.

Given the $129 price point, NZXT has managed to cram a tremendous amount of useful features into the Phantom 530. My support of integrated fan control is well documented, but I'll admit to being a little bit surprised they opted to exclude their traditional SD card reader. Given the raft of other features and generally high build quality it's tough to be too disappointed, though. Watercooling enthusiasts looking for a less expensive entry point may very well find their needs met by the 530, though anyone spending enough money to build a custom loop might just be better served with either the more expensive Phantom 630 or the much more flexible and only slightly more expensive H630, which supports 360mm radiators in both the top and front of the case.