I'll admit we're getting a pretty solid workout with the NVIDIA GeForce GTX 780M. There are reasons, though. First, the 780M's performance has been very inconsistent since it launched. While some notebooks just needed driver updates (like the Alienware 18), most needed a BIOS update and driver update after the fact. And there's no getting around the fact that the 780M seems to be just plain underperforming. Is part of that due to Haswell? Certainly; for gamers, Haswell as an upgrade over Ivy Bridge is disappointing to say the least. But I suspect there's BIOS and/or driver tweaking still yet to be done to bring the 780M in line with where it really ought to be.

The other reason is that AMD just plain didn't show up to this party. There's a Radeon HD 8970M on the market, but AMD's Enduro is still a bit of a mess, and the 8970M itself is just a rebrand of the 7970M, a chip which already has a hard time competing with the 680M. If I were a betting man I'd expect actual competition to the 780M to materialize sometime in October or November. Hopefully the 780M's issues will have been completely ironed out by then.

Of course, with all that said, the 780M still works pretty well, and NVIDIA's SLI technology is incredibly sound and sturdy. The Alienware 18 boasts dedicated cooling for each GPU and the CPU, and the Intel Core i7-4900MQ should give the two 780Ms plenty of breathing room. 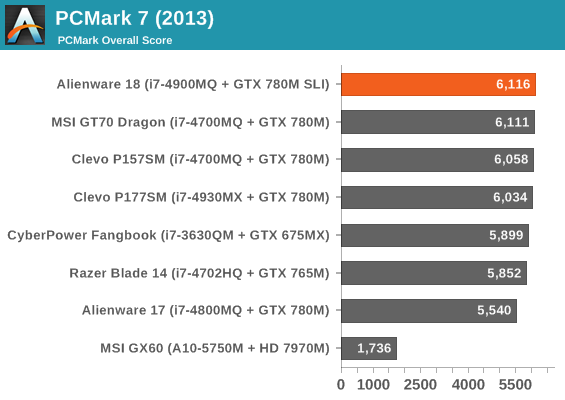 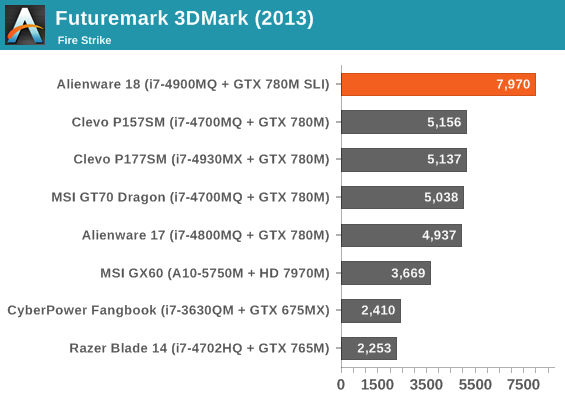 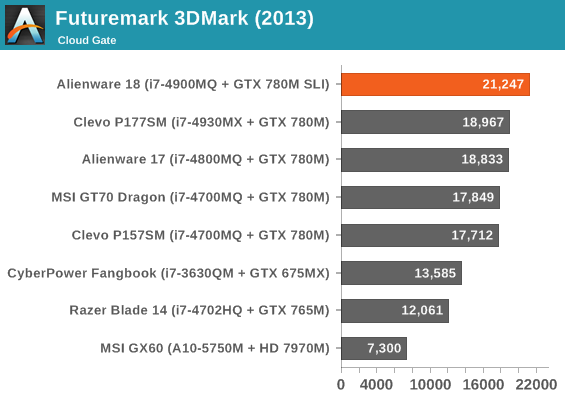 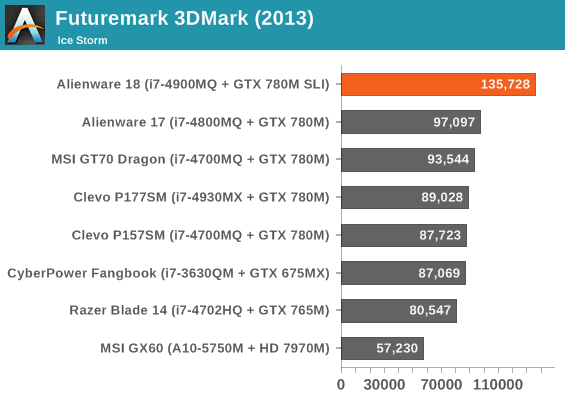 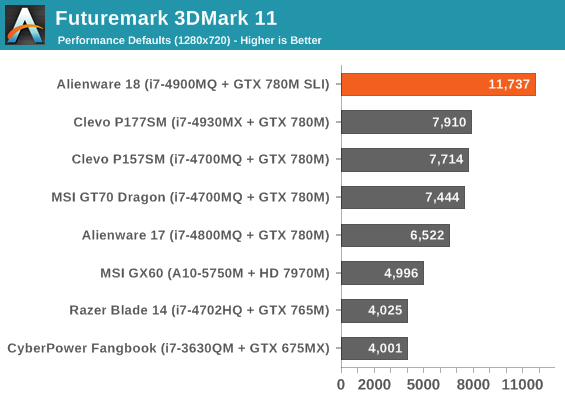 The Futuremarks are as kind to the Alienware 18 as they ought to be. What I want to point out is the PCMark 7 score. The MSI GT70 Dragon we tested is using three SSDs in RAID 0 while the Alienware 18 has to "make do" with a single 512GB (though you can certainly put multiple SSDs into it and stripe them), yet their PCMark 7 scores (a benchmark notoriously SSD friendly) are almost identical. While modern SSDs are hitting bandwidth limitations on SATA, I feel like you'd be hard pressed to really notice a difference with higher throughput in any practical applications. 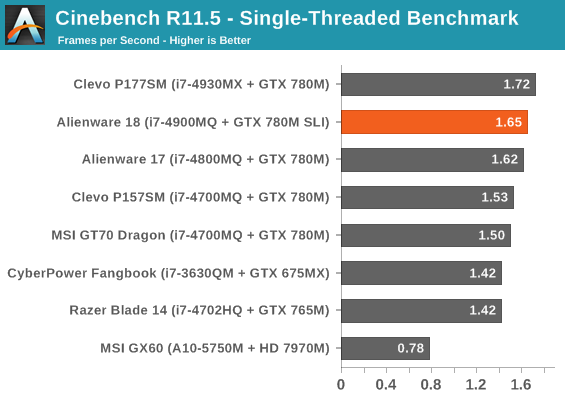 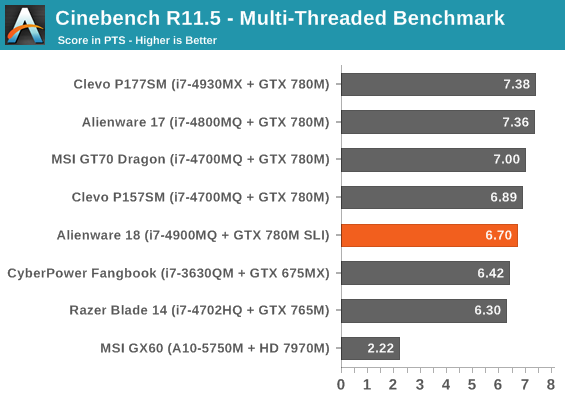 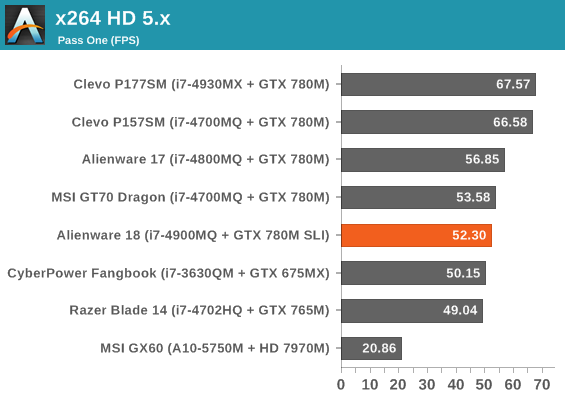 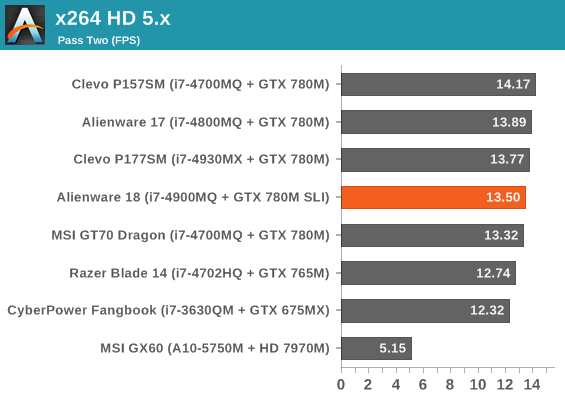 I'd be interested in figuring out why Haswell is underperforming in the Alienware notebooks, though. In our synthetics, the Alienware 17 and now the 18 just aren't stacking up where they ought to be, especially our x264 testing. Performance isn't alarmingly poor, but they're definitely having trouble keeping up with Clevo's Haswell implementations.