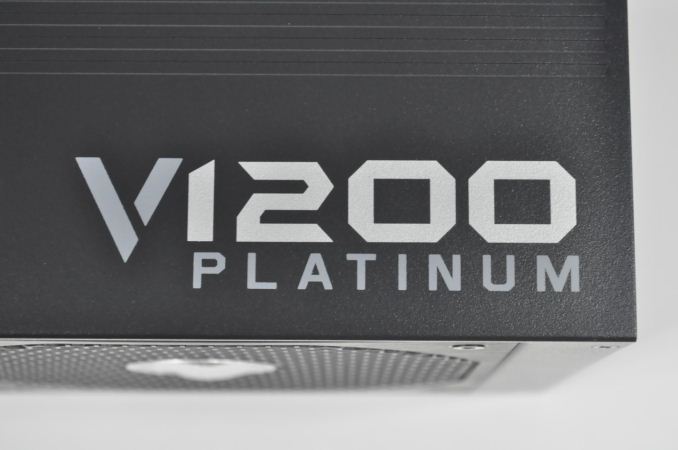 Even though 1200 Watts is ludicrously excessive for the typical modern PC, such PSUs are necessary for very advanced or application-specific systems, such as quad-SLI gaming computers and cryptocurrency mining rigs. The market for such equipment is small and very demanding, but succeeding at the top can also affect the reputation of the manufacturer, increasing the sales of their mainstream equipment. This desire to have the best halo product results in strong competition between manufacturers, and it also moves the industry forward as the new technologies developed at the top eventually make their way into mainstream offerings. We had a look at FSP's and Seasonic's offerings, the Aurum PT 1200W and the Seasonic's SS-1200XP3 respectively, a few weeks ago. Today we are reviewing Cooler Master's contender for the 1200W PSU market, the V1200 Platinum.

The main difference between FSP/Seasonic and Cooler Master is that the former are ODMs (Original Design Manufacturers) -- they design, manufacture, and sell their own products. Cooler Master on the other hand has no such capability; their products are generally based on someone else's design (with tweaks and component choices made by Cooler Master), and this ODM also undertakes their manufacturing. This includes the V1200 Platinum, which the company hopes will compete in the top segments of the PSU market.

As its name suggests, the V1200 Platinum is an 80 Plus Platinum certified power supply capable of 1200W of continuous output. However, any advanced user knows that these figures alone mean little regarding the actual quality and performance of a PSU. We are going to closely examine the efficiency, power quality, and thermal performance of the Cooler Master V1200 Platinum in this review and, more importantly, see where it stands in relation to the competition.

The packaging of the V1200 Platinum is simple and effective, with a serious, professional artwork theme. The front of the box notes only the most important features of the unit, but more information can be found on the sides and rear of the box. On the back of the box Cooler Master claims that this unit can save you over $450 compared to an 80 Plus Bronze equivalent -- if you have a 1000W system at maximum load powered on 24/7 for five years, that is. 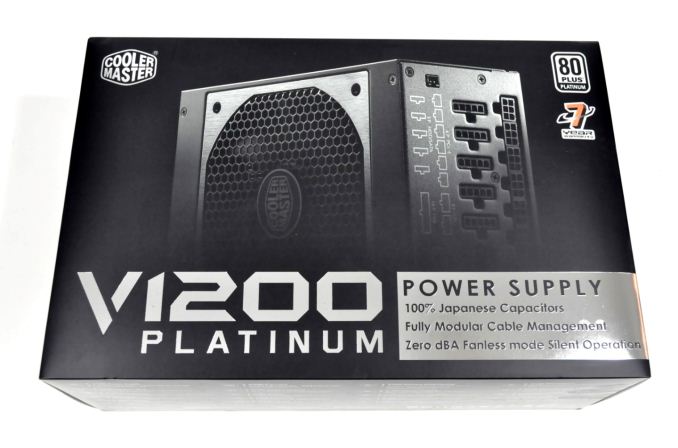 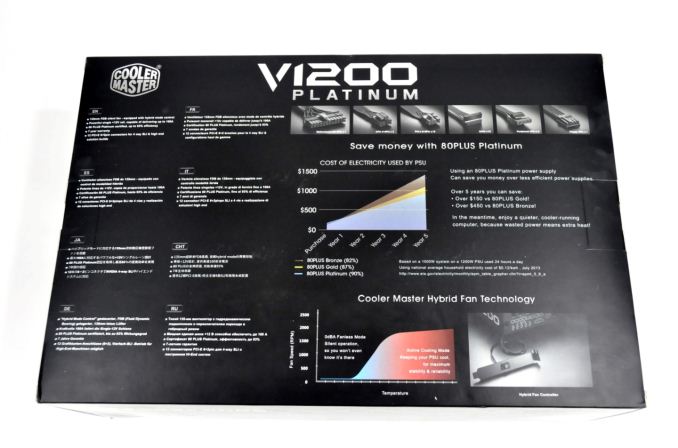 The bundle of the V1200 Platinum is very minimalistic for a top tier product. Cooler Master only supplies the fan profile switch bracket, a few cable ties, and four black screws. There are no cable straps, thumbscrews, or even stickers to be found. Not that this generally matters, as most users looking at buying a top tier PSU typically have plenty of extra thumbscrews around, but it is a bit barebones. 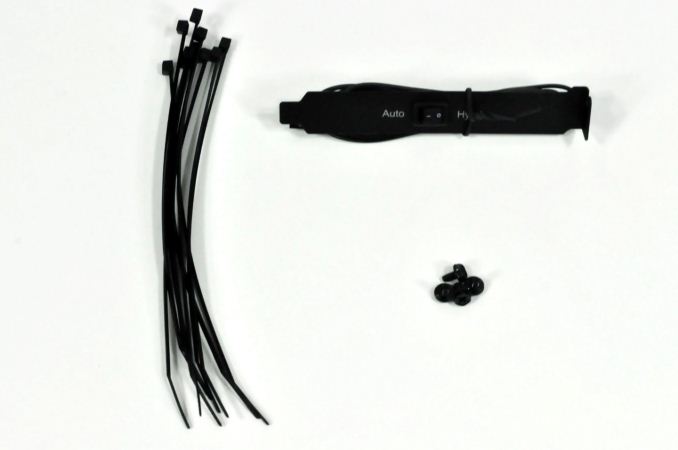 The modular cables are supplied in two separate nylon bags. All of the cables and wires are black and, with the exception of the sleeved ATX cable, all made using ribbon-like "flat" wires. The cables are packed using wire ties, meaning that there are no cable straps to be found here either. 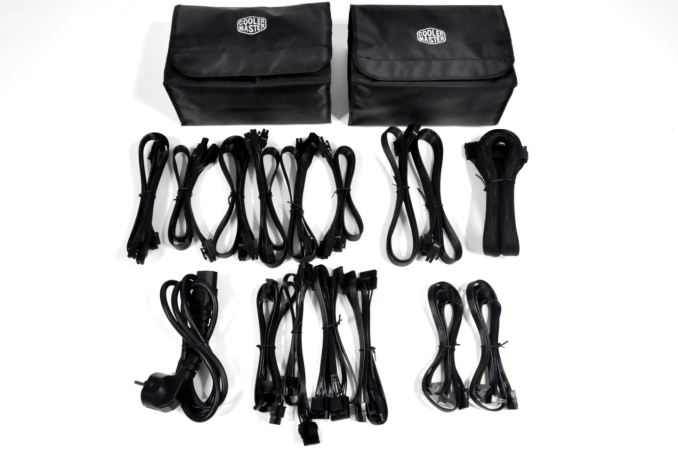