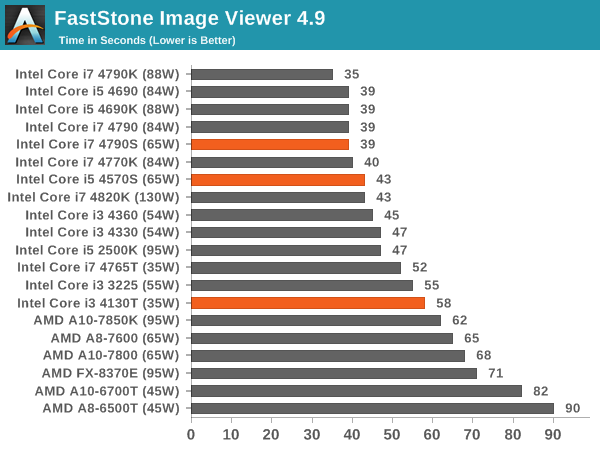 In single threaded mode these CPUs are designed to act like their non-S counterparts, except for the T which takes a bigger adjustment in the FastStone benchmark. 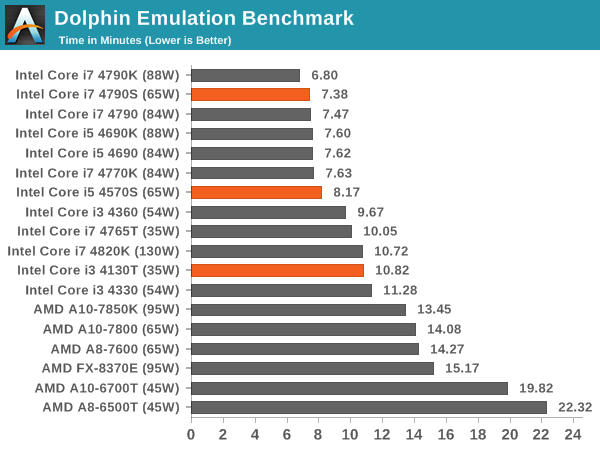 Dolphin is also single threaded, where the i7-S CPU performs on par with its non-S counterparts. The i3-T is more along the other i3 CPU we have tested.

For HandBrake, we take two videos (a 2h20 640x266 DVD rip and a 10min double UHD 3840x4320 animation short) and convert them to x264 format in an MP4 container.  Results are given in terms of the frames per second processed, and HandBrake uses as many threads as possible. 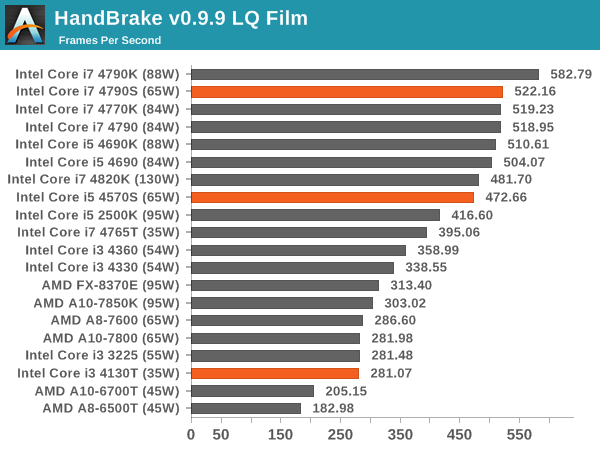 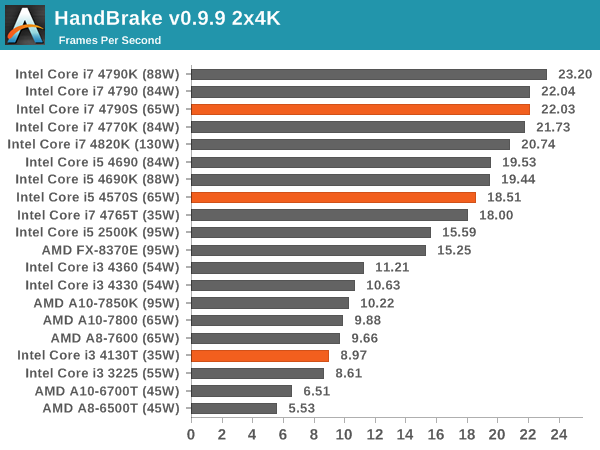 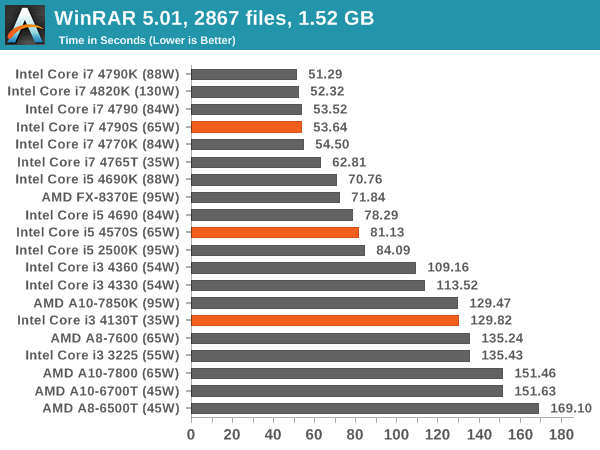 WinRAR exposes some of the variable multithreaded results, here showing the i3-T is a bit down on the non-T, but the S models are on par again. 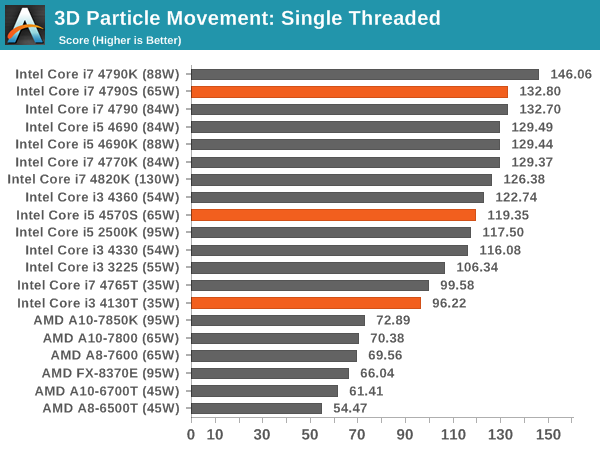 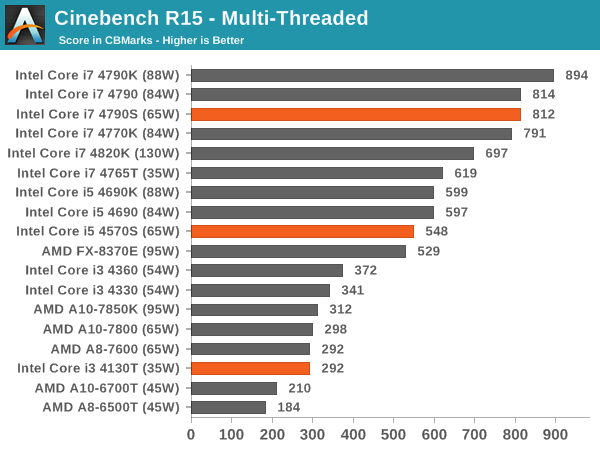 Surprisingly our i7-S CPU seems too perform as well as the non-S CPU. 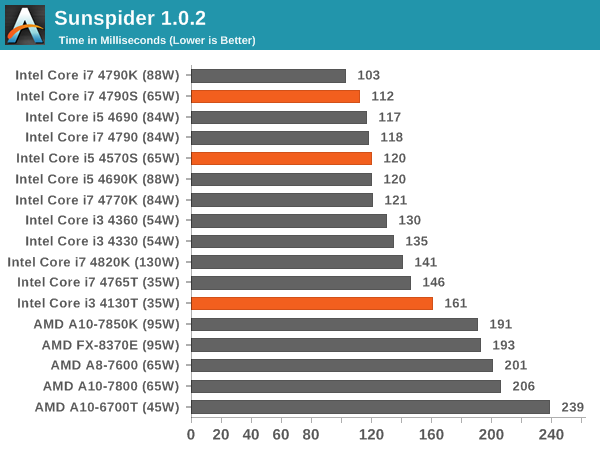 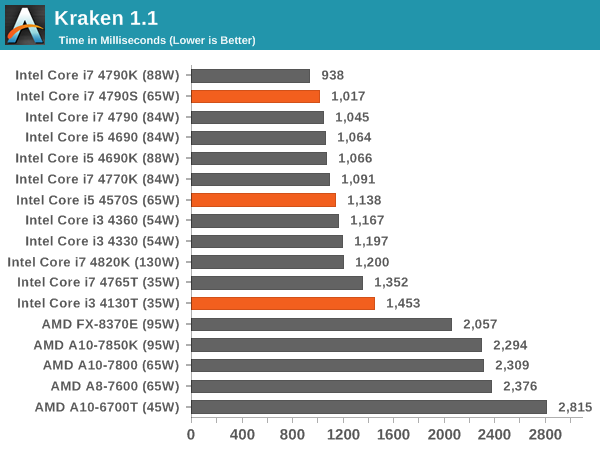 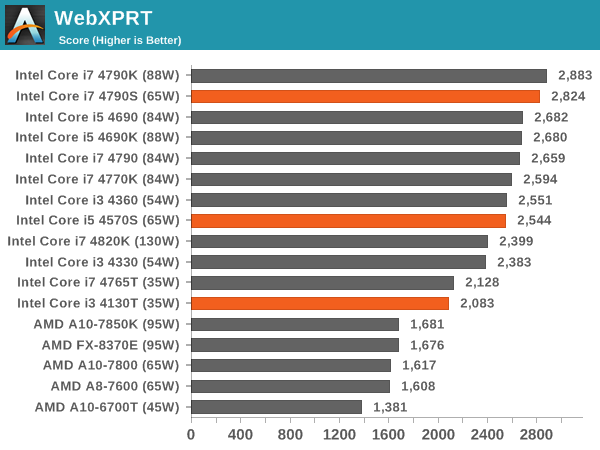 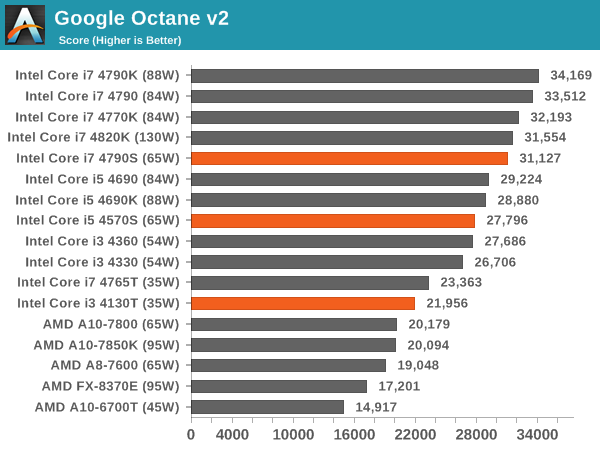