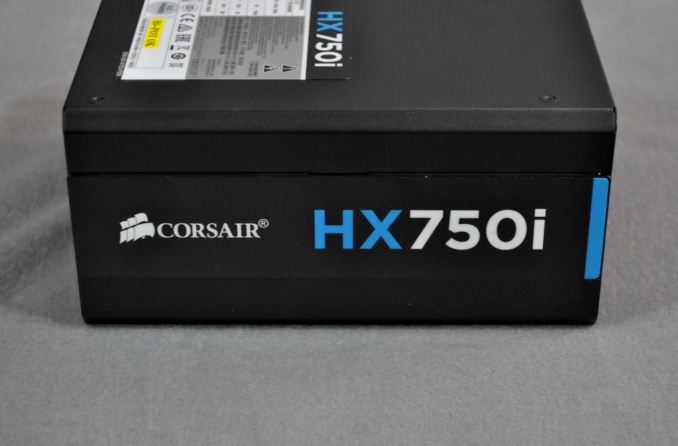 When Corsair first diversified into the PSU market back in 2006 with the release of the HX520W and HX620W, it is likely that not even they could predict that in 2015 their company would be one of the most active players in this segment of the market. After all, Corsair's primary focus at the time was memory-related products, with the company having seemingly zero experience on power supplies. At that point, it would be extremely difficult to project that nearly nine years later Corsair would be one of the most reputable PSU brand names and would be offering dozens of products through eight different PSU series.

The people over at corsair did not limit themselves to releasing new models and series – they kept upgrading their old models as well. Today we are going to have a look at a unit from the latest revision of their HXi series, the HX750i. The HX series is of special significance to the company as it was their first PSU series. Much has changed since the first units that could barely get to 80% efficiency and had mediocre power output; the HXi series now ranges from 750 to 1000 Watts and are fully modular, digital units with an 80 Plus Platinum certification. That makes the HX750i the least powerful unit of the series and, with a retail price of $170, the least expensive one as well.

We received the Corsair HX750i in a relatively large cardboard box. The company opted for a straightforward, clean artwork theme for their enthusiast-grade PSU, which is mainly focused on a picture of the unit itself. The front of the box lists the most important features of the power supply, with additional details on its sides and back. 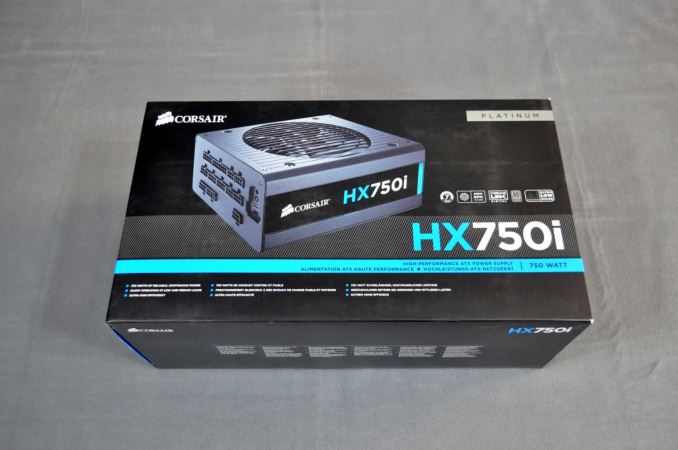 Despite the class of the power supply, the bundle is rather spartan. Corsair only includes the necessary AC power cable, four black screws, a few small cable ties, and a case sticker. There are no cable straps, thumbscrews, or any extra accessories included with the HX750i. 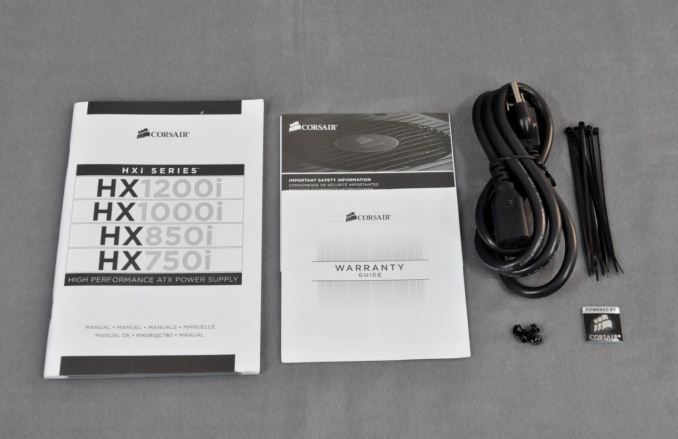 Every cable of the HX750i is detachable, including the 24-pin ATX cable. Corsair uses flat, ribbon-type cables with black wires everywhere, with the sole exception being the internal USB Corsair Link cable that is a typical USB cable with round black insulation. 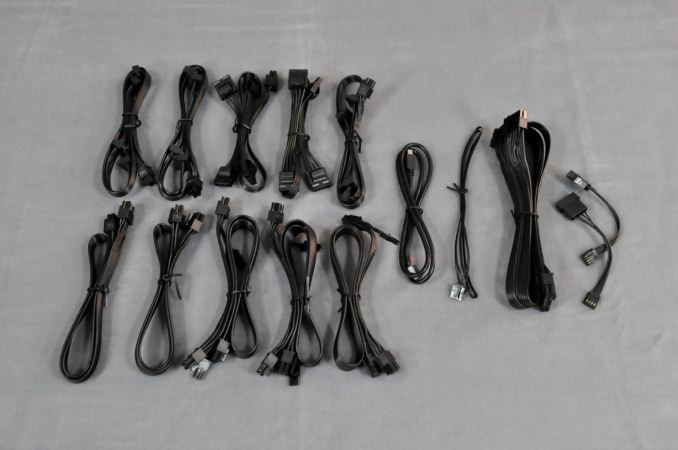