Broadwell in a Server SoC

In a nutshell, the Xeon D-1540 is two silicon dies in one highly integrated package. Eight 14 nm Broadwell cores, a shared L3-cache, a dual 10 gigabit MAC, a PCIe 3.0 root with 24 lanes find a home in the integrated SoC whereas in the same package we find four USB 3.0, four USB 2.0, six SATA3 controllers and a PCIe 2.0 root integrated in a PCH chip. 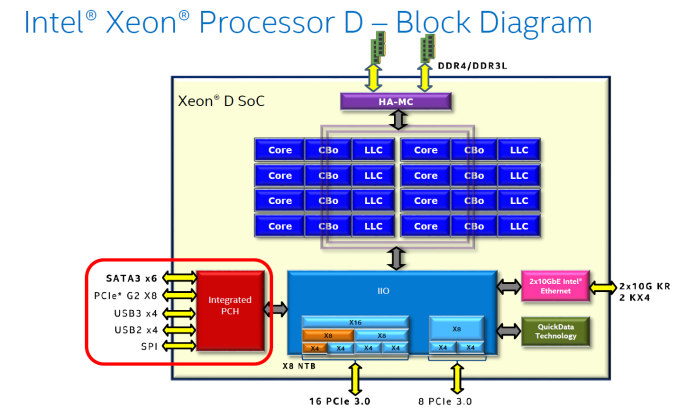 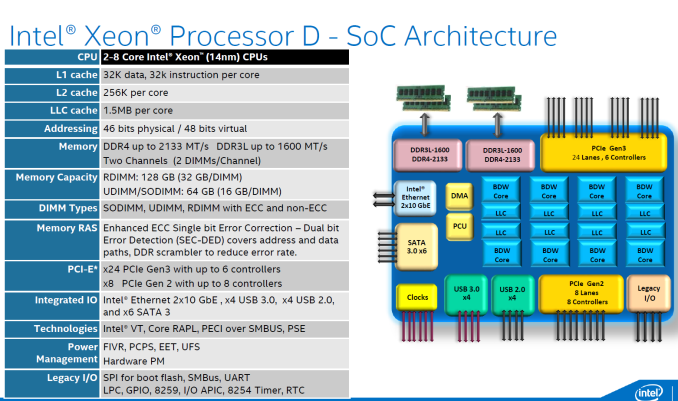 Of course, if you are in the server business, you care little about all the small IPC improvements. Let us focus on the large relevant improvements. The big improvements over the Xeon E3-1200 v3 are:

And last but not least, RAS (Reliability, Availability and Servicability) features which are more similar to the Xeon E5: 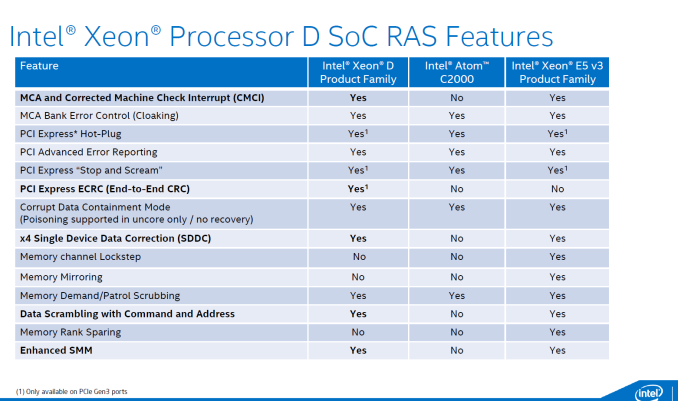 The only RAS features missing in the Xeon D are the expensive ones like memory mirroring. Those RAS features a very rarely used, and The Xeon D can not offer them as it does not have a second memory controller.

Compared to the Atom C2000, the biggest improvement is the fact that the Broadwell core is vastly more advanced than the Silvermont core. That is not all:

There are more subtle differences of course such as using a crossbar rather than a ring, but those are beyond the scope of this review.