Access to the interior of the Streacom F12C is deceptively simple. Two knobs can be seen at the back of the case that look like variable resistors / rheostats. Some might even confuse them for a fan controller. Actually, these knobs are the screws that hold the top panel attached to the body. Rotating them clockwise (they are upside down) will release the top panel. To reinstall it, simply place the top panel back on the case and rotate the knobs counterclockwise. 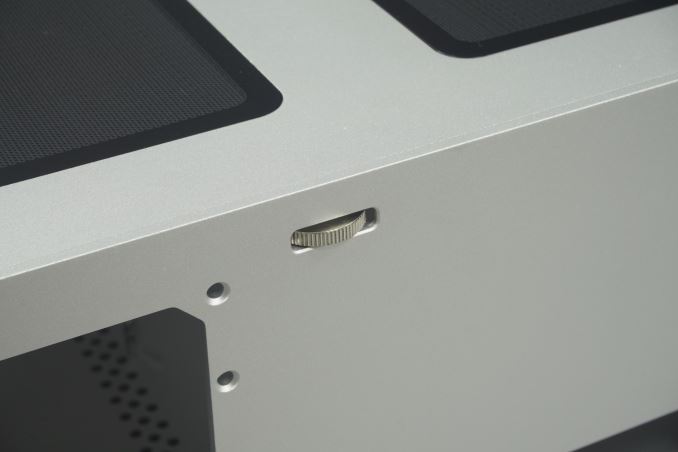 At first sight, the interior of the F12C chassis appears deviously roomy. That is because the entirety of the case is virtually empty. There are no drive cages or anything else installed inside the case, initially leading to the false suggestion that the F12C is much roomier than it really is.

There are two removable metallic support bars across the center of the case. Unlike with the majority of desktop cases, these are not really meant to enhance the mechanical strength of the chassis. The 4 mm thick aluminum frame of the F12C is exceptionally strong and does not require extra support. Streacom placed the bars there for the installation of cooling fans. The company formally states that these brackets support only two 120 mm fans. However, the truth is that their design and variable mounting points allow for the installation of 80 and 92 mm fans as well. Depending on the height of the motherboard's heatsinks and the location of the first PCI Express card, a liquid cooling radiator up to 240 mm long and 120 mm wide might also fit. Note that the first PCI Express card has to be installed on the second expansion slot for 120 mm fans or a radiator to fit though. 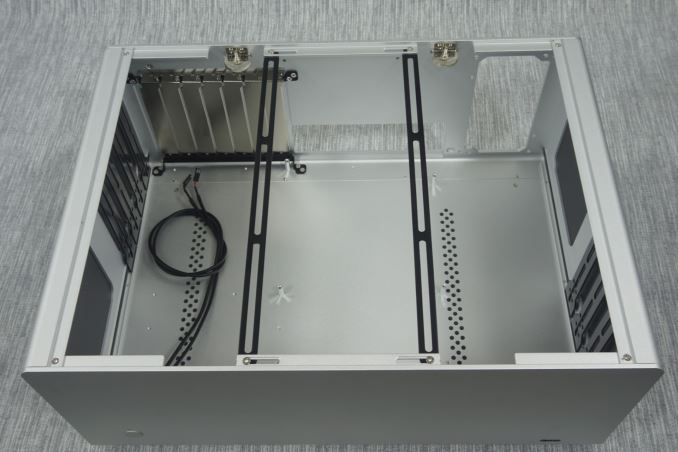 The real innovation with the F12C is the fan and drive mounting system. As mentioned above, there are no cages for HDDs nor mounting points for fans. All that can be found inside the F12C are four metallic bars on either side of the case, attached into a rail using a metallic clip. They can be removed by simply pulling the clip and unlocking it. These bars have holes and rails for the mounting of any 2.5" or 3.5" device or fan up to 120 mm. In fact, the drives can also be installed either vertically or horizontally. Liquid cooling radiators can be installed using these bars as well. Simply attach the bars to the device(s) of your choice, place them back into the rail and lock them with their metallic clips. 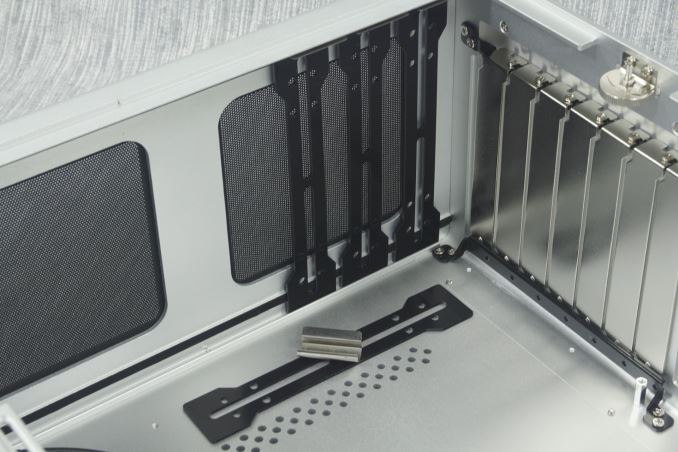 For the means of this review, we installed a Corsair AX760i with the red cable set, for strong visual contrast. It fits without issues inside the Streacom F12C and the modular cables help with the limited space. As there are no spaces to hide the cables into, cable management can be messy. However, you should not consider a PSU with too short cables, as they will be unable to reach the left side of the case and the graphics card(s). An ideal solution would be a relatively short and fully modular PSU from a manufacturer that offers short cable kits, allowing the user to use short cables for the devices near the PSU and longer cables for the devices to the left half of the case. 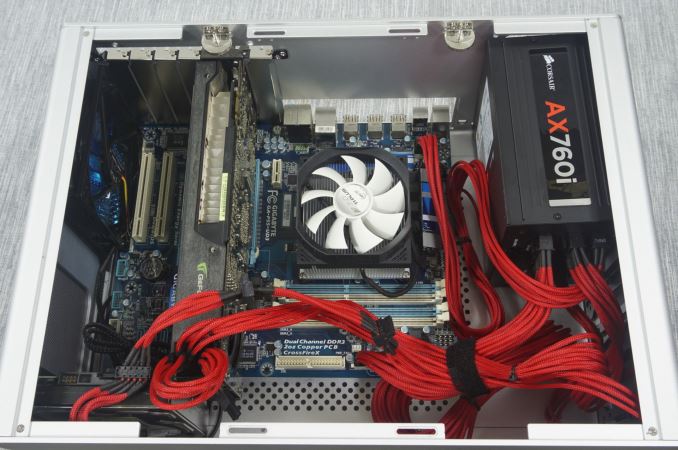 A standard ATX motherboard fits comfortably inside the Streacom F12C, under the assumption that no devices will be attached to the left of the case, below the motherboard. Unfortunately, there is no clearance between the motherboard and the left panel. In theory, this mounting system is a nearly perfect modular solution, allowing the user to have full control over the number and location of the hardware. Inside a small case like the F12C however, there are serious limitations. If a full ATX motherboard is installed, drives or fans installed to the left of the case will block the motherboard's headers or expansion slots. To make sure that nothing on the motherboard is obstructed only one 3.5" or two 2.5" drives fit vertically against the front of the case and, again, the 3.5" drive will limit the length of the graphics card. We feel that the F12C should have been just a little wider, allowing the vertical installation of drives and fans next to an ATX motherboard. 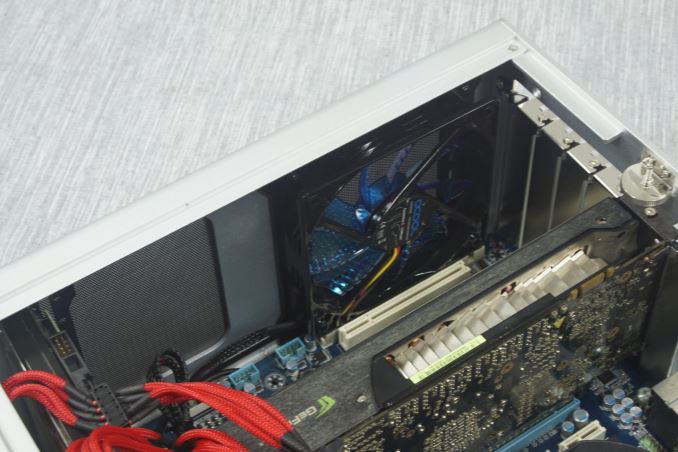 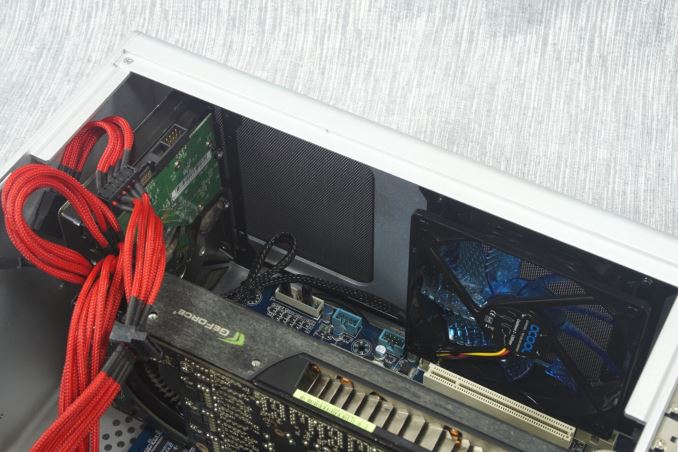 Despite the severe limitations if an ATX motherboard is installed, an ITX motherboard gives plenty of room for the installation of drives across the left side of the case, while a Micro ATX motherboard allows 2.5" drives and cooling fans to be installed without interference. There is also the space in front of the PSU, which is utilizing the same mounting system. With a large PSU such as the Corsair AX760i, there is little room for the installation of drives there, but it is not impossible to fit a couple of 3.5" or up to four 2.5" drives. A short, smaller PSU would open space for more drives or even a 120 mm fan/liquid cooling radiator.