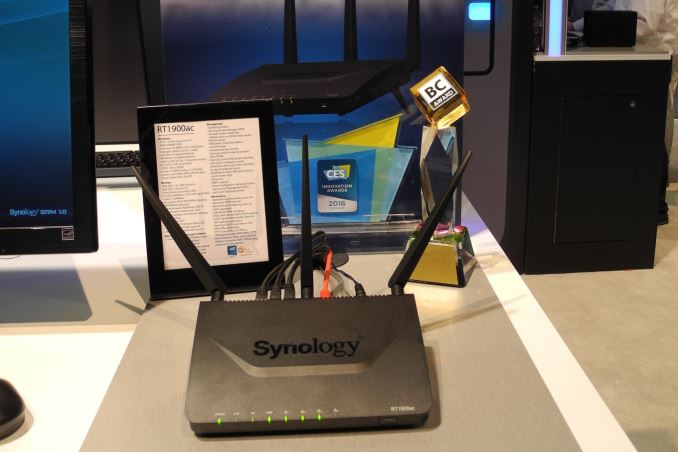 Synology had organized the Synology 2016 Conference back in September 2015 to talk about their plans for the next couple of quarters. We had covered it in great detail. In the conference, the beta version of DSM 6.0 was launched. Synology also talked about their 2-bay Braswell unit, the DS716+ and a 802.11ac router, the RT1900ac.

Synology's booth at CES 2016 had a working demo of the RT1900ac. The 'DSM' experience delivered by the Synology Router Manager (SRM) OS on the router is quite impressive and will definitely make other router vendors rethink the interface for their offerings. As is common nowadays, management of the router can also be done via a mobile app. The router OS also has plenty of interesting features for power users. One of the unique features is the application layer QoS optimization that can bring down the bandwidth available for, say, YouTube or BitTorrent. Other routers have similar features, but Synology claims that their implementation provides the best granularity. 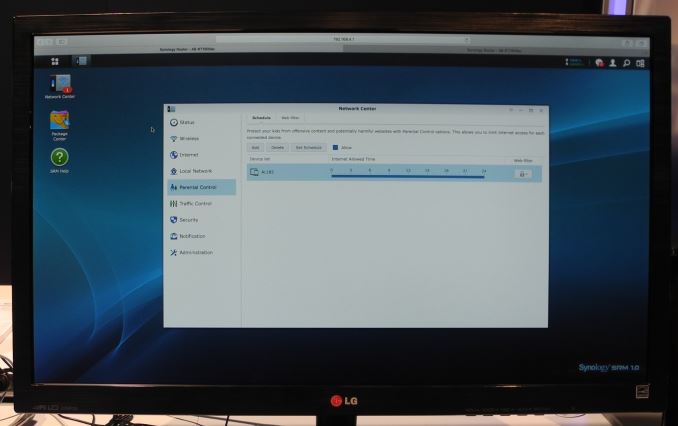 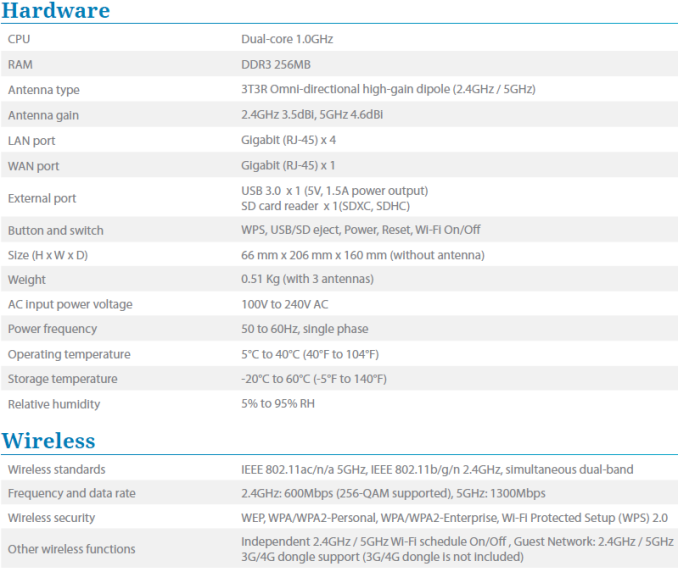 Going with an older platform has allowed Synology to price the unit at $150. This is quite cheap for the specifications and will definitely be a worthy competitor to the Netgear R7000 Nighthawk router which has similar specifications and is priced at $200.

Coming back to the NAS side, Synology was also demonstrating the DS716+, a 2-bay Braswell NAS which can be expanded up to seven bays with the DX513. The interesting aspect here is that the unit is capable of supporting btrfs volumes.

The hardware specifications of the DS716+ are reproduced below. 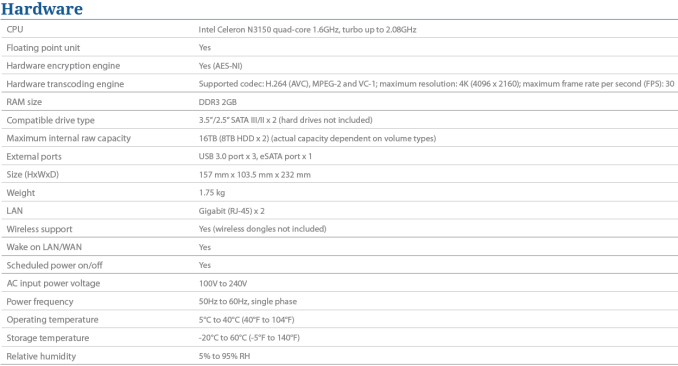 Synology claims around 223 MBps for reads and 137 MBps for writes to a RAID-1 volume on the DS716+. Enabling encryption doesn't cause any noticeable drop in the claimed numbers. The Quick Sync engine is now taken advantage of in DSM to deliver real time 4K transcoding (no HEVC, though). The DS716+ is available for $450 on Amazon.

In fresh NAS news (i.e, what we didn't hear about at the Synology 2016 conference), Synology also launched the DS416j in order to replace the DS414j in their budget-friendly 4-bay lineup. As is usual for budget NAS models, this unit comes with only one network port. However, RAID-5 performance is still very good, with reads coming in at 112 MBps and writes at 101 MBps according to Synology. 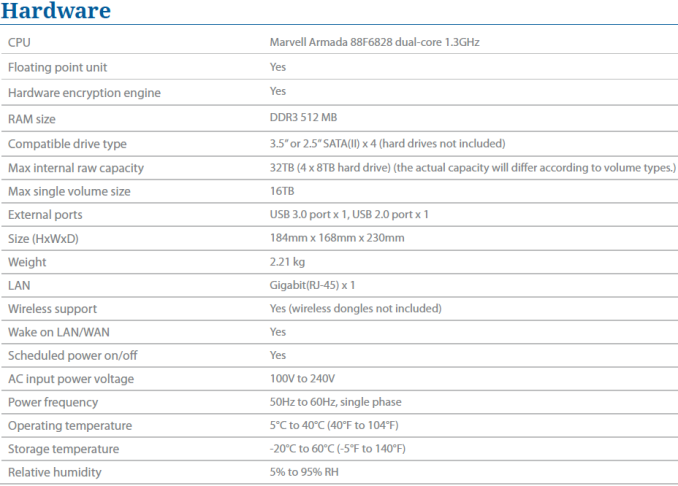 The interesting aspect here is that Synology has opted to go with the Marvell ARMADA 88F6828 with four native SATA ports. It is a high-end variant in the the ARMADA 38x family, and replaces the Mindspeed SoC used in the DS414j. The DS416j is available for $340 on Newegg.

Synology has focused more on bringing attention to their RT1900ac router at CES 2016. Personally, I was hoping to hear about Braswell-based NAS units with 4+ bays. Consumers looking at commercial off-the-shelf NAS units with btrfs support will definitely be waiting for those.