In preparation for AMD's Ryzen 7000 series processors, which will launch on September 27th, ASRock has announced that it has developed a new BIOS for its AM5 motherboards. ASRock states that its new firmware has been built to decrease booting times on its motherboards.

With every new platform, chipset, and processor launch, firmware is one of the focal points surrounding motherboards. Over the last couple of years, leading vendors such as ASUS, GIGABYTE, and MSI have kept their firmware consistent, regardless of whether the board is designed for AMD or Intel. ASRock has announced that it has developed a new BIOS specifically for its AM5 motherboards, which are designed to support the upcoming AMD Ryzen 7000 series Zen 4 processors based on TSMC's 5 nm process node. 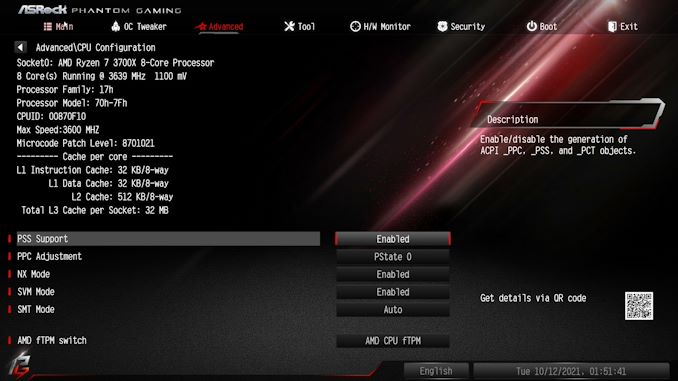 ASRock claims that their new BIOS for AM5 will provide better compatibility, although it doesn't expressly state what, as well as quicker booting or POST times into Windows. As it stands, ASRock has announced five X670E models currently, including the X670E Taichi and Taichi Carrara models, the X670E Steel Legend, the X670E Pro RS, and the X670E PG Lightning. ASRock also hasn't stated whether or not the layout or core GUI has changed compared with previous generations such as X570 or B550.

Another thing ASRock has announced is that all of its X670E and X670 models will support BIOS Flashback, with users able to update their motherboard to the latest firmware with just a USB flash drive and 24-pin power connected to the power supply.

ASRock's new firmware for its X670E and X670 motherboards will be available to download from the appropriate product pages on the ASRock website after September 27th. At the time of writing, it hasn't confirmed any information regarding the pricing of its new AM5 motherboards.