Sequential operations still make up a substantial portion of enterprise storage workloads. One of the most IO heavy workloads we run in AnandTech's own infrastructure are our traffic and ad stats processing routines. These tasks run daily as well as weekly and both create tremendous IO load for our database servers. Profiling the workload reveals an access pattern that's largely sequential in nature.

We'll start with a look at sequential read performance. Here we fill the drive multiple times with sequential data and then read it back for a period of 3 minutes. I'm reporting performance in MB/s as well as latency over a range of queue depths. First up, bandwidth figures: 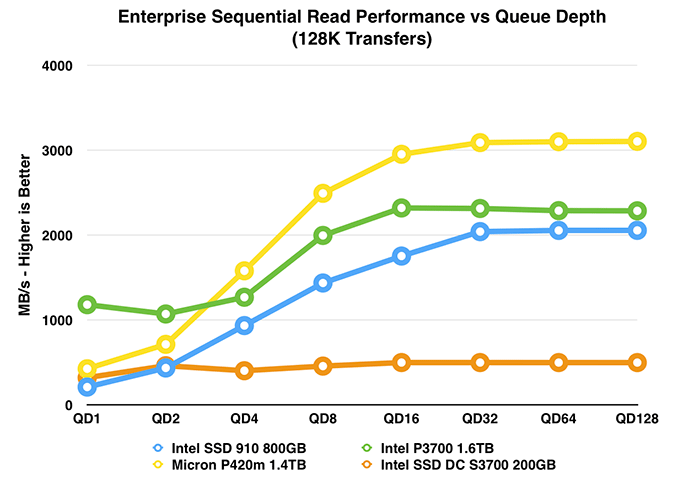 The biggest takeaway from this graph is just how much parallelism Intel manages to extract from each transfer even at a queue depth of 1. The P3700 delivers more than 1GB/s of bandwidth at QD1. That's more than double any of the other competitors here, and equal to the performance of 3.7x SATA Intel SSD DC S3700s. Note that if you force the P3700 into a higher power, 25W operating mode, Intel claims peak performance hits 2.8GB/s compared to the 2.2GB/s we show here.

With NVMe you get a direct path to the PCIe controller, and in the case of any well designed system the storage will communicate directly to a PCIe controller on the CPU's die. With a much lower overhead interface and protocol stack, the result should be substantially lower latency. The graph below looks at average 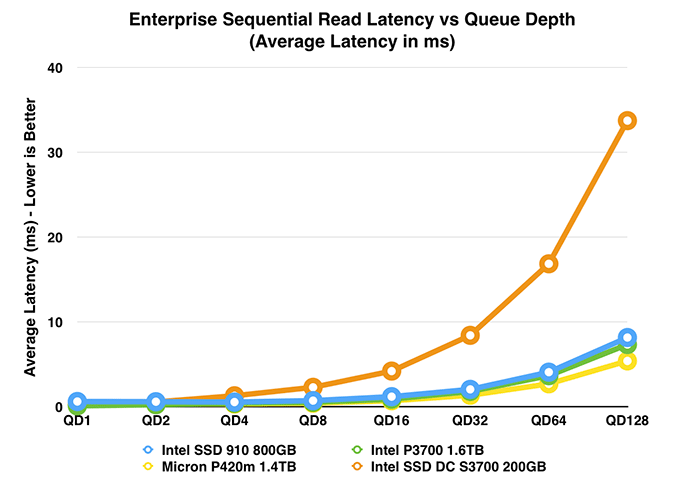 The P3700 also holds a nice latency advantage here. You'll be able to see just how low the absolute latencies are in a moment, but for now we can look at the behavior of the drives vs. queue depth. The P3700's latencies stay mostly flat up to a queue depth of 16, it's only after QD32 that we see further increased latencies. The comparison to the SATA based S3700 is hilarious. The P3700's IO latency at QD32 is lower than the S3700 at QD8.

The next graph removes the sole SATA option and looks at PCIe comparisons alone, including the native PCIe (non-NVMe) Micron P420m: 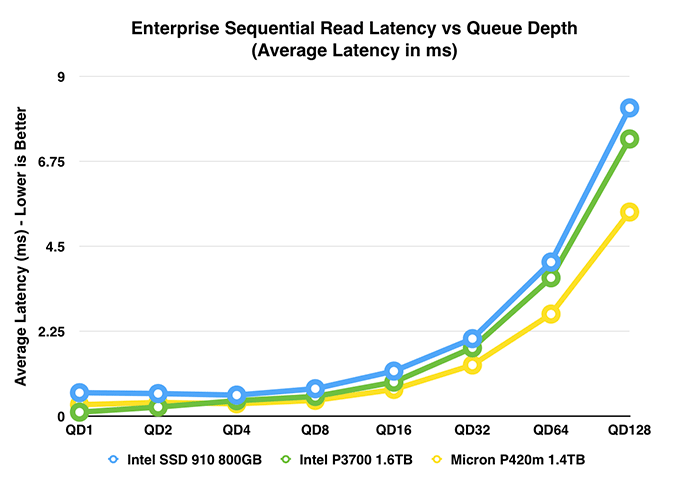 Here we fill the drive multiple times with sequential data and then write it back for a period of 3 minutes. I'm reporting performance in MB/s as well as latency over a range of queue depths. 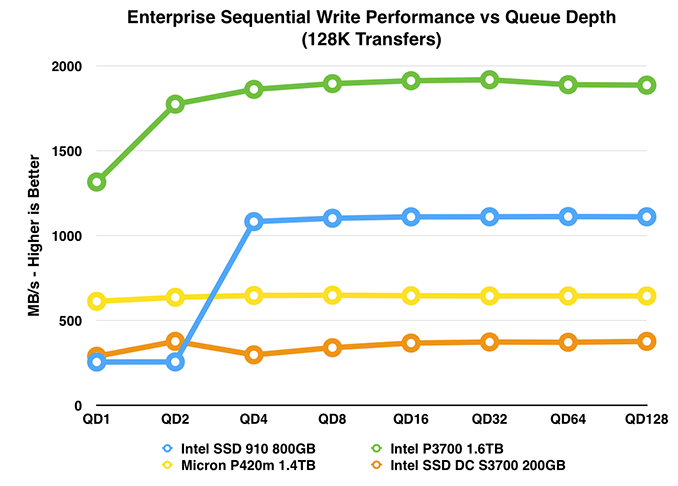 The chart below shows average latency across the QD sweep: 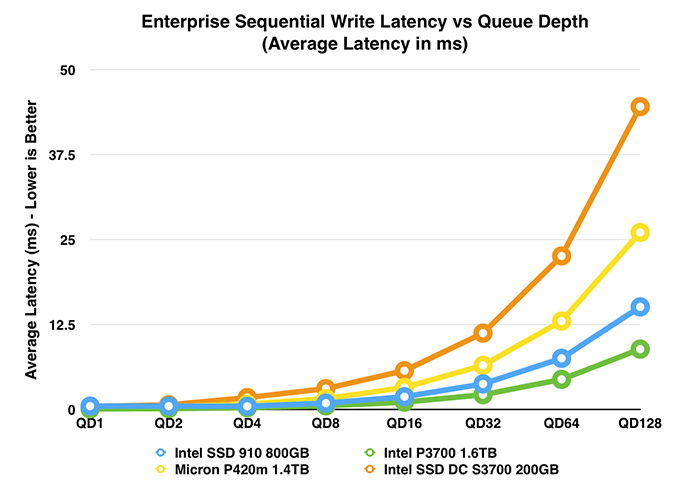 The P3700 continues to do extremely well in the latency tests, although Intel's original PCIe SSD didn't do so badly here either - its bandwidth was simply nowhere as good. Another way to look at it is that Intel now delivers better latency than the original 910, at substantially higher bandwidths. Micron's P420m manages to land somewhere between a good SATA drive and the P3700.

The next chart just removes the SATA drive so we get a better look at the PCIe comparison: 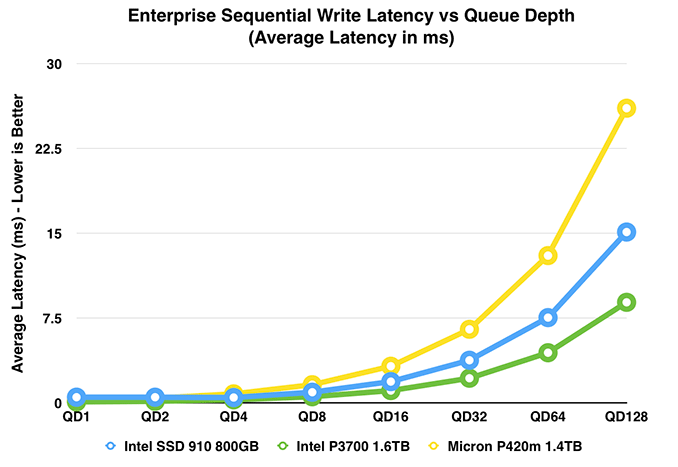