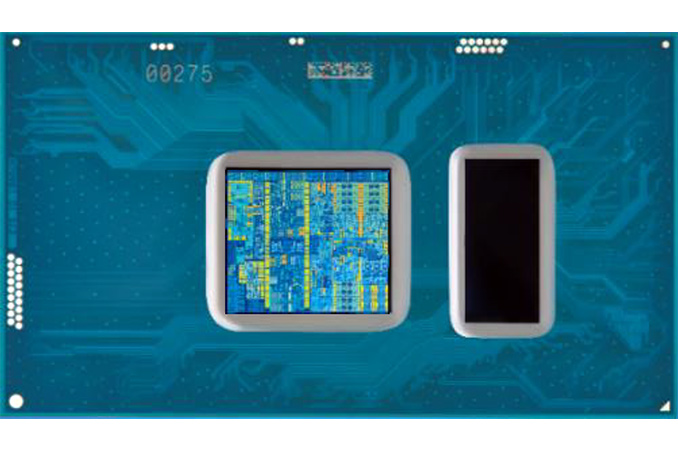 Intel briefly listed two 10nm Cannon Lake processors in a microcode update document this week, confirming that it has shipped such chips, although we expect it to be in small quantities. Intel has since removed the references to them from the public version of the paper.

Intel has adjusted its 10nm roadmap multiple times in the recent years. Back in 2013, the company planned to make CPUs produced using its 10nm technology available in 2015. Then, the company pushed them to 2016, but that was a minor change. In mid-2015 the chipmaker delayed its 10 nm products to late 2017. Then in early-2016, Intel switched its “Tick-Tock” cadence to “Process-Architecture-Optimization” model, officially prolonging lifecycles of its manufacturing technology nodes and changing its approach to new product development in general. When it comes to 10 nm products, Intel has not made formal announcements about any product family yet, but said earlier this year in a side-presentation to its CES keynote that it had shipped some of them to customers in 2017.

Since the company did not disclose any details about the 10nm CPUs it shipped, it naturally caused further questions on the state of Intel's 10nm process in general and when the Cannon Lake products, expected to be the first on 10nm, were coming. Fortunately, our friends at Tom’s Hardware noticed Cannon Lake processors in the latest version of Intel’s microcode update document earlier this week. After the fact, Intel has since removed the references from the document.

The first version of the document, as it appears, suggests that Intel has shipped Cannon Lake-U CPUs in 2+2 and 2+0 configurations to undisclosed customers. The “2+2” denotes that a chip has two processing cores (the first number) as well as GT2-class graphics (the second number), whereas the “2+0” indicates that a dual-core chip has no iGPU at all. Intel’s “U” series parts, aimed at the 15W notebook market, usually feature an integrated chipset in the CPU package. Therefore, the CNL-U 2+2 and CNL-U 2+0 parts are aimed primarily at mobile and low-power applications.

It is noteworthy that in the recent years Intel has begun commercial roll-outs of its new CPUs starting with ultra-low-power 4.5W Y-series processors, e.g., Broadwell-Y in 2014, Skylake-Y in 2015, and Kaby Lake-Y in 2016. If Intel is launching its U-series chips with a TDP of 15 W first for 10nm, this would indicate a change in policy. So it is surprising to see that Intel has started shipments of Cannon Lake-U, but not Cannon Lake-Y.

A natural question that arises because of the listing is whether Intel has started to ship its CNL-U parts in mass quantities to PC makers. Intel has not disclosed where these parts have been sold, which could be for entry-level low-power laptops, or to certain specific customers and requests with custom/semi-custom CNL products. While a CNL-U 2+2 CPU could be used for inexpensive notebooks, a CNL 2+0 part would fit into applications that either do not require a display controller at all (such as routers, NAS, DAS, etc.), or can use a discrete GPU (a low-end PC with a low-end/outdated dGPU - there are a lot of such machines sold in developing countries, a system for software/hardware development/compatibility tests/etc.). Unfortunately, at this point it is completely unclear where Intel has shipped these 10nm parts.