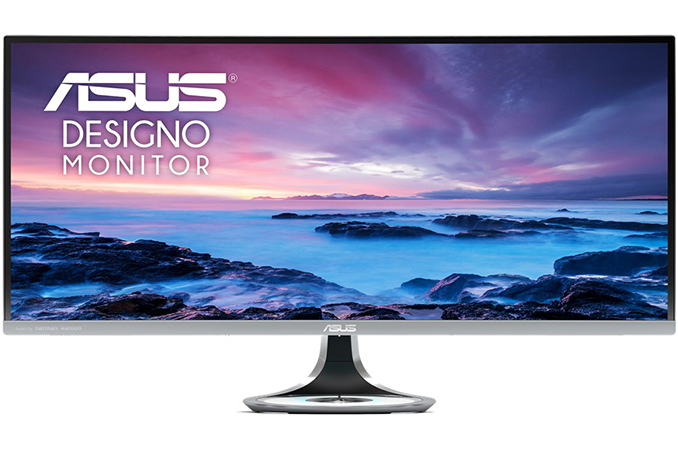 ASUS has started to ship its Designo Curve MX34VQ display that was originally announced in mid-2016. At present, a number of retailers are offering pre-orders on the monitor, starting that it is “coming soon." The monitor is based around a UWQHD-class panel and is equipped with a wireless Qi charging device as well as an audio sub-system co-developed with Harman Kardon. In addition, the display has a 100 Hz refresh rate, a feature that should appeal to gamers.

The ASUS Designo Curve MX34VQ has a number of similarities with another ultrawide curved display with a Qi charger, the MX38VQ, which was introduced earlier this year. The two monitors share many design elements, such as ultra-thin bezels, a Harman Kardon-developed audio sub-system consisting of two 8 W speakers, a curved stand made of metal and plastic, and a Qi charger with acrylic elements and blue lighting. Where the two displays differ is in their panels, curvature and other specifications. 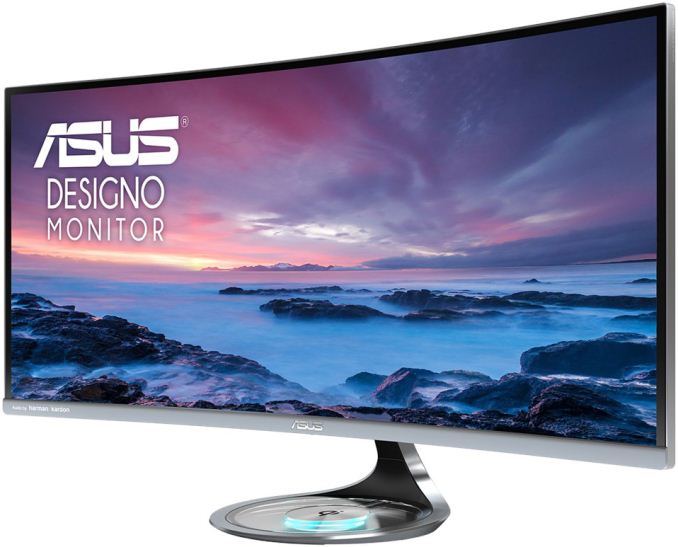 The ASUS Designo Curve MX34VQ can be pre-ordered from Amazon and B&H for $799, which seems to be its official price. If that does end up being the official price then it'll be a bit lower than I had initially expected, given the stylish design and rather decent specifications. For comparison, similar curved ultrawide monitors without Qi support have tended to retail for $899 and higher. In any case, the exact availability date is unknown, but with pre-orders opening up it's reasonable to assume that the MX34VQ will finally hit the shelves in the coming weeks. 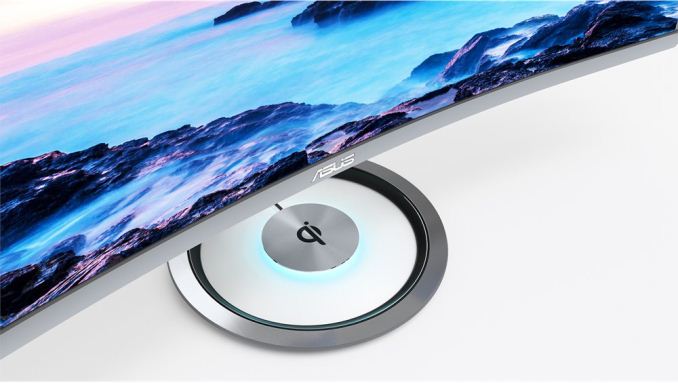